When it comes to personal biographical facts, there is not really a lot known about Rabbi Shlomo Yitzchaki, better known as Rashi. Perhaps the best way to truly understand someone who was perhaps the greatest medieval Jewish scholar is to focus on his oeuvre.

In the appropriately titled Rashi (Littman Library of Jewish Civilization ISBN 978-1906764616), Avraham Grossman, Professor Emeritus of Jewish History at the Hebrew University of Jerusalem and 2003 Israel Prize winner, has written an amazing volume that gives the reader a thorough understanding of who Rashi was through his many writings. 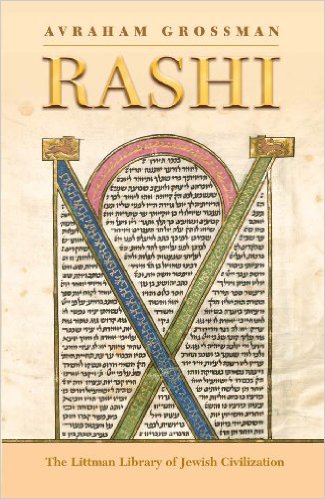 The two key questions Grossman attempts to answer in the book are: did Rashi have a fully developed conceptual intellectual doctrine, and was he a revolutionary or conservative. Grossman notes that these questions can’t be answered without first reviewing the course of Rashi’s life, his defining character traits, his ties to the non-Jewish world and his multi-faceted literary work. To which the book successfully answers these questions.

The reality is that casting Rashi as either a revolutionary or conservative requires the reader to select one of two extremes. Grossman notes that, in reality, Rashi operated in the space between innovation and conservatism.

Given that there have been many books written about Rashi, combined with that we don’t know much about his personal life, one can question why another book about him is needed. Rather than simply rehash previous research; Grossman demonstrates the greatness of Rashi, and why his timeless works have significant relevance until today.

The great scholar that he is, Grossman has written a book that while well-received by scholars, is also quite accessible to the layman. Note though that the book does not have a glossary and some readers may run into terms they are not familiar with.

The book’s 10 chapters cover nearly every aspect of Rashi’s life, writings and worldview. From the outset, Grossman notes that Rashi’s childhood and youth are shrouded in mystery. Such that we don’t know the exact year of his birth, given that authors and copyists of the time tended to round numbers.

Grossman notes that to truly understand Rashi, once must understand the cultural and social context in which he lived. Based in Troyes, which is about 100 miles southeast of Paris, Rashi lived at a time when the region was going through significant change. Rashi lived during the transition from the Carolingian dynasty to the beginning of the Renaissance.

As to the importance of Rashi, his influence is like no other. Professor Haym Soloveitchik has written that Rashi democratized the Talmud to such a degree that his commentary is an indispensable resource for learning Talmud. Rashi’s monumental Talmud commentary is so essential that it has never been equaled, not has anyone else even attempted to mimic it.

While Rashi’s pièce de résistance are his commentaries on the Bible and Talmud, the book also goes into other areas where he had significant written works. Namely in the areas of halakhic monographs, responsa and liturgical poems.

Grossman writes that of Rashi’s myriad talents, it was his great curiosity that stood out. Combined with his unquenchable thirst for truth, Rashi never ceased to be interested in the heritage and writings of Jewish cultures outside of his own Ashkenazi center. He was especially interested in those of Provence, Spain and Byzantium. With his many students, Rashi also learned of various halachic traditions.

Chapter 4 on Rashi’s commentary on the Torah is particularly interesting. I had long thought the commentary was for the most part a single edition. Yet Grossman writes that is far from certain, and in fact no other work by a Jewish sage of the Middle Ages is subject to so much uncertainty and dispute over its proper version.

Grossman provides fascinating insights into Rashi’s view on the status of women and their place in society and family. In fact, the book notes that Rashi devoted considerably more attention to protecting the honor and rights of women, likely more than any other Jewish medieval sage.

Grossman’s book is an impressive one. Even after completing the book, Rashi as a person is still as elusive as ever. What Grossman has done though is show how remarkable Rashi was, how broad and impactful his written works are. Rashi is a very readable, accessible and fascinating biography of his life, writings and worldview.