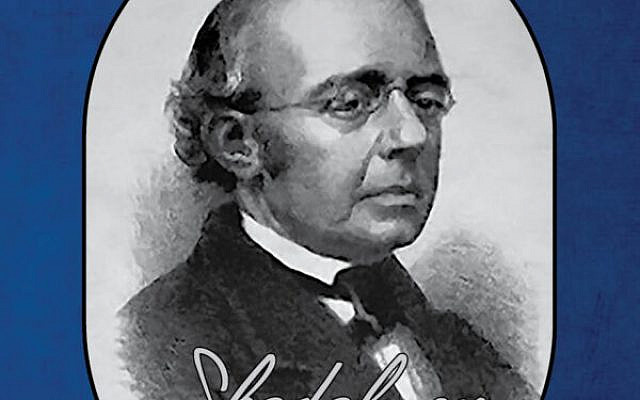 When asked to define what a marathon is, someone aptly described it as “20 miles of hope followed by 6 miles of reality.” With some license, when it comes to the Chumash (Jewish Bible), it can be similarly described as starting with two deeply meaningful and straightforward books (Genesis & Exodus), followed by one book (Leviticus) of highly abstract topics.

For many contemporary readers, the notion of animal sacrifice, a prime theme in Leviticus, runs the gamut from not understanding it, to abhorrence at the notion of killing an innocent animal. In fact, animal sacrifice was so reprehensible to the founders of Conservative and Reform Judaism that they removed all mentions of it from their prayer books and services. They felt it was simply a vestige of an era long passed and had no place for them.

In On Sacrifice (Princeton University Press), Moshe Halbertal, professor of law at New York University and professor of Jewish Thought at the Hebrew University of Jerusalem, articulately details the profound importance that animal sacrifice played in the past and the notion of how it has evolved into self-sacrifice, and how that presently plays out in religion, ethics and politics.

Even with that, plowing through the book of Leviticus and finding meaning for a contemporary reader is not always an easy endeavor. In Shadal on Leviticus (Kodesh Press), Daniel Klein has written a remarkable translation of the commentary on Leviticus by Rabbi Samuel David Luzzatto (1800-1865), known by his Hebrew acronym Shadal.

Shadal was a polymath and a prominent rabbi in Italy during his life. He was an incredibly independent thinker, and even though he lived about 200 years ago, many of his ideas sound like they were just written. A highly original thinker, Shadal is not well-known to many people. Klein is to be commended for bringing the insights of this brilliant scholar to the general populace.

In his commentary on Leviticus, Klein does a superb job capturing what Shadal was trying to achieve. And that was a commentary focusing on the peshat, the plain meaning of the biblical text.

Shadal was a master of many languages, a prodigy of the Hebrew language, and linguistic theory is a fundamental element of his commentary. The goal of linguistic theory is to explain the nature of language in terms of fundamental underlying principles, including phonetics and phonology, syntax and semantics, word structure, and more. A large part of Shadal’s commentary includes explaining how one Hebrew term is derived from another.

One of the most challenging aspects of Leviticus to fathom are those on the concepts of tumah and tahara. Often translated as impurity and purity, to which Shadal explains these concepts in depth. He also explains the function of tzara’as, long mistranslated as leprosy. Shadal

explains that the laws of tzara’as were religious in nature and not medical issues. And that the disease could only be cured via prayer.

This is Klein’s third book of translation of Shadal for the English reader. Fluent in Italian, Klein is well qualified for the job. And it is hoped he continues with his efforts to bring Shadal’s ideas to print for the Torah’s last two books.

As the weekly Torah reading starts this week with Leviticus, Shadal on Leviticus is a noteworthy book to help bring to light clarity on some of the most challenging and complex to understand parts of the Chumash.