The notion of animal sacrifice is a difficult concept for a person of Western thought to understand. Animal sacrifice was so reprehensible to the founders of Conservative and Reform Judaism that they removed all mentions of it from their prayer books and services. It was simply a vestige of an era long passed, and had no place for them.

In On Sacrifice (Princeton University Press 2015 ISBN 978-0691163307), Moshe Halbertal, professor of law at New York University and professor of Jewish Thought at the Hebrew University of Jerusalem, has written a masterpiece; where he articulately details the profound importance that animal sacrifice played in the past, and the notion how it has evolved into self-sacrifice, and how that presently plays out in religion, ethics and politics. 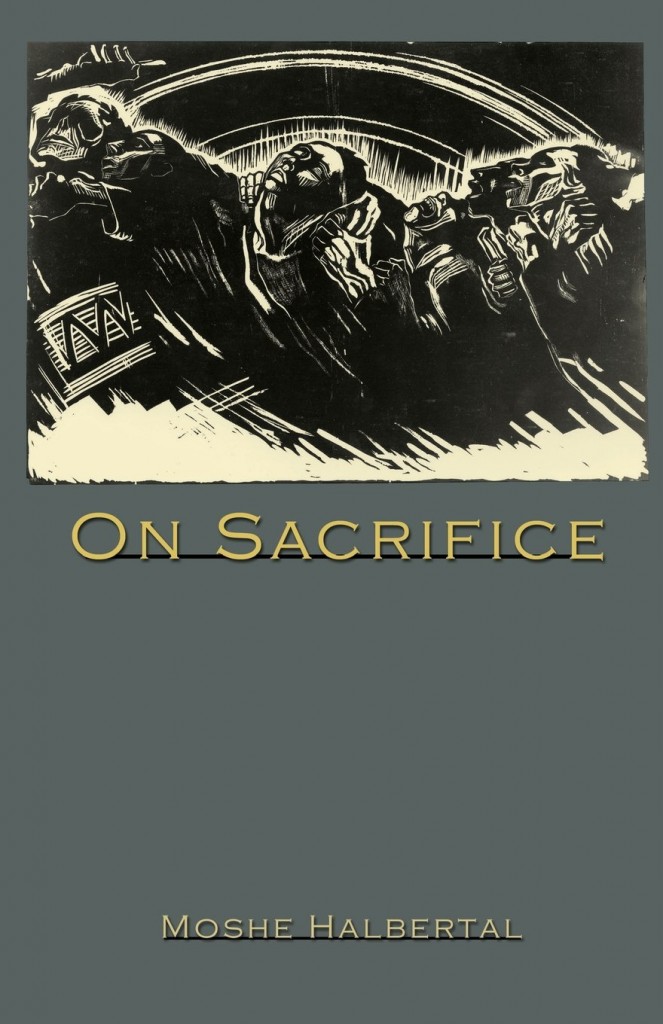 The book attempts to understand the deeper meaning of what sacrifice is all about. A brief book, it’s composed of two roughly 60-page parts: Sacrificing to and Sacrificing for.

The danger of sacrifice moving from the to, to the for, is one of the books main concerns, and it explores the depth of such an extension, along with its implications for the complex relationship between sacrifice and violence.

On that notion, Halbertal quotes the French-American philosopher Rene Girard, who has investigated the nexus of sacrifice and violence. Girard contents that violence has an accelerating, uncontrolled nature. It escalates through sequels of retaliatory events. The aim of an animal sacrifice is to halt the unbridled spread of violence. Sacrifice thus serves a vital purification role.

While the Conservative and Reform movement saw nothing in sacrifice, Halbertal writes that sacrifice is the most primary and basic form of ritual. The gift of sacrifice to God, who is in the first place the provider of the good and in no need of it, functions as a token of submission and gratitude, and its reception is not driven by need or interest, but rather is an expression of welcoming and goodwill.

Once animal sacrifice ceased after the destruction of the Temple in Jerusalem, Halbertal quoted Talmudic sources that charity became one of the substitutes for animal sacrifice. He notes that charity is in fact preferred over sacrifice because it erases the abyss between giving and receiving without recourse to ritual, which minimizes individuation.

The main theme of part 2 is the notion of self-sacrifice, as opposed to animal sacrifice. He notes that human beings are the only species that kills for principles rather than for only self-interest.

Much of part 2 details the relationship of self-sacrifice during war. He writes how Abraham Lincoln was able to vindicate the hundreds of thousands of casualties on how they died for freedom and what it stands for. He then compares that to the failed war in Iraq, where George W. Bush tried to justifying the continuation of the war, in order to finish the task for which so many had already died for. Not continuing fighting, in Bush’s weltanschauung, would mean the dead sacrificed for nothing.

Part 2 opens with the notion that self-transcendence is at the core of the human capacity for a moral life. But Halbertal cautiously concludes that section with the observation that when the state become the sole locus of self-transcendence, it turns into a false idol.

Halbertal closes with the observation that there should be a realm beyond such a sacrificial stage that sets a higher, limiting standard for the political association. Different traditions will articulate that realm in different ways, from human rights that that ought to limit state interests, to the image of God that all humans are supposed to share regardless of their associational affinities. A political body that lacks such a category directions the sacrificial urge to an unworthy cause. Ann an absolute commitment to an unworthy cause is the modern form of the old problem of idolatry.

Sacrifice is the most primary and basic form of ritual, and in On Sacrifice, Professor Moshe Halbertal has made that eminently clear. Like his other writings, this is profound and deep work, and one definitely worth reading.