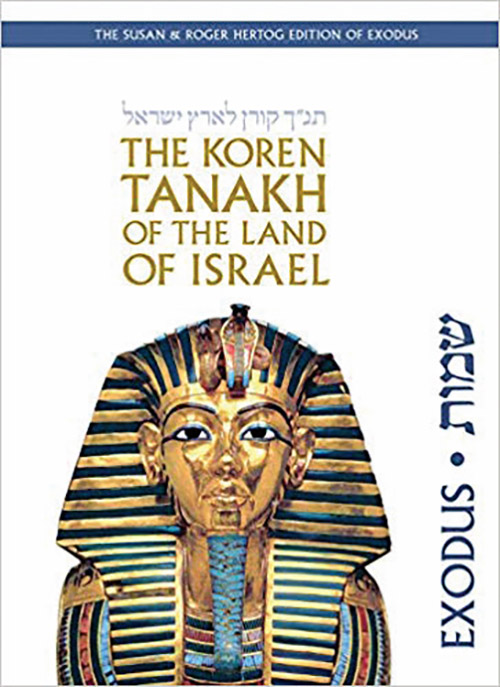 When it comes to an understanding of a subject, context is vital. If someone lacks context, their ability to understand is severely limited. For example, the late Professor Yaakov Elman of Yeshiva University produced a series of studies that considered the impact of Persian culture on the Babylonian Talmud (Bavli). Elman created the scholarly field known as Talmudo-Iranica, which seeks to understand the Bavli in its Middle-Persian context. Anyone who studies the Bavli and wants to understand the bigger picture of the text and context will indeed find Elman’s writings an invaluable reference.

As we start reading the book of Shmot (Exodus) this week, even the experienced reader may lack significant context. For a reader to truly understand and appreciate the narratives here, they need to understand the social and political realities in which they occurred in ancient Egypt. In The Koren Tanakh of the Land of Israel – Exodus, editor in chief David Arnovitz has created an utterly extraordinary work that brilliantly explains the stories in the context of the milieu in which they took place. This commentary does a superlative job of exploring and explaining the Egyptian context of the stories and narratives here.

Arnovitz and his team of 10 academic contributors have expertise in Egyptology, Assyriology, plants, animals, geology, ancient near east, tabernacle, and priestly garments Biblical scholarship and Biblical Israel. Moreover, here he has laid-out explanations based on the following eight categories: archeology, near east, language, flora, and fauna, Egyptology, Mishkan, Geography, and halakha. The result is such that the reader is provided with a much deeper and more meaningful understanding of what occurred in ancient Egypt.

The authors bring to light fascinating revelations within Sefer Shmot, and their explanations bring to light countless new insights to the text via their use of modern scholarly research, ancient Egyptian inscriptions, and archeological finds, all in order to explore the Egyptian context of Sefer Shmos.

In the 21st-century, when many legal realities match what the Torah says, it is easy to lose appreciation for how revolutionary a legal system the Torah is. To which the authors compare it to prior legal systems, they show that many of the Torah’s laws revolutionized concepts of workers’ rights, slaves’ rights, care for the poor and resident alien, women’s rights, and much more.

A few of the many insights the authors bring include:

The book reveals a lot, but there is still is a lot to be answered. As with all that, there is still no direct evidence from within Egypt, or in the Sinai peninsula that testifies to an Israelite sojourn in the desert. The editor’s note several plausible explanations for the lack of evidence.

Countless Biblical commentaries explore myriad aspects of the Biblical text. Nevertheless, this volume is singularly unique in that it is the first to bring these topics to the general audience. These topics were, for the most part, unknown until now and offer a radically new view into the Biblical texts.