I thought of the saying, “generals always fight the last war,” as I read The Six Days of Creation: The Garden of Eden, Dinosaurs, and the Missing Billions (Mosaica Press) by Rabbi Alexander Hool. As the idea that people are troubled by problems reconciling modern science with the Torah, is, to a degree, a war that has passed. 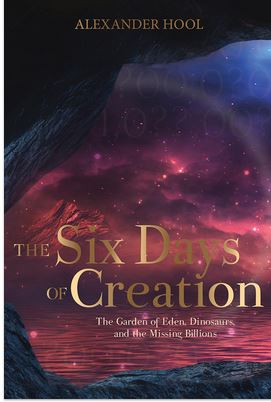 If you speak to high school teachers today, most will say their students are no longer troubled by inconsistencies between science and Torah. In fact, the problem with many young people today is that they are not bothered by anything. It is a lack of inspiration which is troubling to their parents and teachers.

That there are problems and inconsistencies between Torah and science is not new. And there are many approaches used to reconcile Torah and science. For example, in Every Life Is on Fire: How Thermodynamics Explains the Origins of Living Things, Dr. Jeremy England used dissipative adaptation to build a conceptual framework to use physical terms for a mechanism of emergent lifelike behavior that does not root itself on self-replication and natural selection. It is the integration of creationism and natural selection.

England’s writings demonstrate that the scientist and homo religiosus are often in concert, albeit with different languages and terminologies. They usually have two distinct languages to address the same phenomena. He attempts to bridge this divide and create a common language.

With this different yet similar approach, Hool uses a method similar to physicist Gerald Schroeder in finding common ground between science and Torah. For example, for many people, the scientific age of the universe at roughly 13.8 billion years, and the current Jewish year of 5,783 is an irreconcilable gap.

Holl extensively uses Albert Einstein’s Special Theory of Relativity as a linchpin in his approach to fixing that gap. Einstein determined that time is relative and that the rate at which time passes depends on your frame of reference. There are two aspects here, namely the concepts of fundamental time and general time.

And in each chapter, Hool provides the basics of science and physics for the areas he discusses. And based on the Special Theory of Relativity, the world can be simultaneously 5,783 years of fundamental time old and 13.8 billion years of general time old.

This is because one fundamental day during the six days of creation may have undergone a time dilation from 24 hours of general time to 13.8 billion years due to a corresponding expansion of space at the beginning of that day. That means that the daily cycle of the sun, which is fixed to fundamental time, would have taken 13.8 billion years to complete.

These observations he makes and the other ones in the book are interesting and sometimes quite revolutionary. And can, in fact, be counter to current science. Such as his notion that the universe stopped expanding 5,783 years ago. And that would contradict Hubble’s law, which is a fundamental cosmology principle that galaxies are expanding and moving away from Earth.

The book also details dinosaurs and paleontology, and includes an attempt to identify the location of the Garden of Eden.

This is a relatively short, engaging, and interesting read, and Hool brings in a wide array of sciences. From Einstein’s theories, astronomy, cosmology, and more. For those not up on those and other areas, Hool provides an overview of the topics.

But there are a few significant caveats here. First, whether the ideas in the book are accurate or not. While the ideas here may resonate with someone untrained in physics and the general sciences, it’s entirely possible that those with academic experience in the topics would laugh at the ideas and label them preposterous.

Also, when someone like Dr. Jeremy England writes about science, he has the credentials to back it up. With a bachelor’s in biochemical sciences from Harvard and his Ph.D. in physics from Stanford University, England is a force to be reckoned with. Hool does not seem to have any degree in the sciences or published papers on the topic.

The topics here are well above my pay scale to determine if they are a collection of cute vertlach or brilliant and revolutionary insights that reconcile the often vast abyss of Torah and science.

The book opens with a glowing haskama (letter of approbation) from Rabbi Asher Weiss, one of the greatest living scholars. But determining how accurate Hool’s approach is requires additional equally glowing haskamas from tenured professors at an institution like MIT or Cal Tech. And until then, Hubble’s law stands.