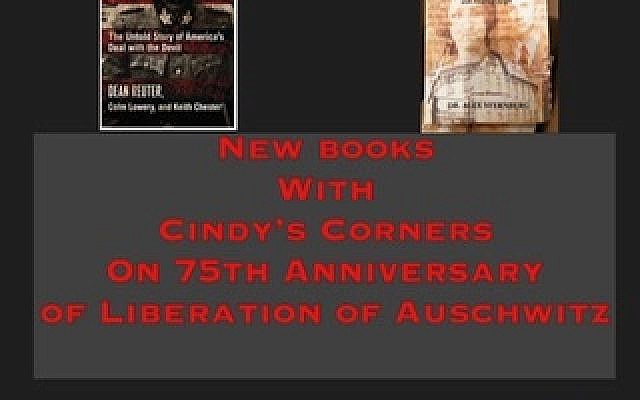 As the world commemorates Internationa Holocaust Remembrance Day…. learn about the Holocaust in new published works. 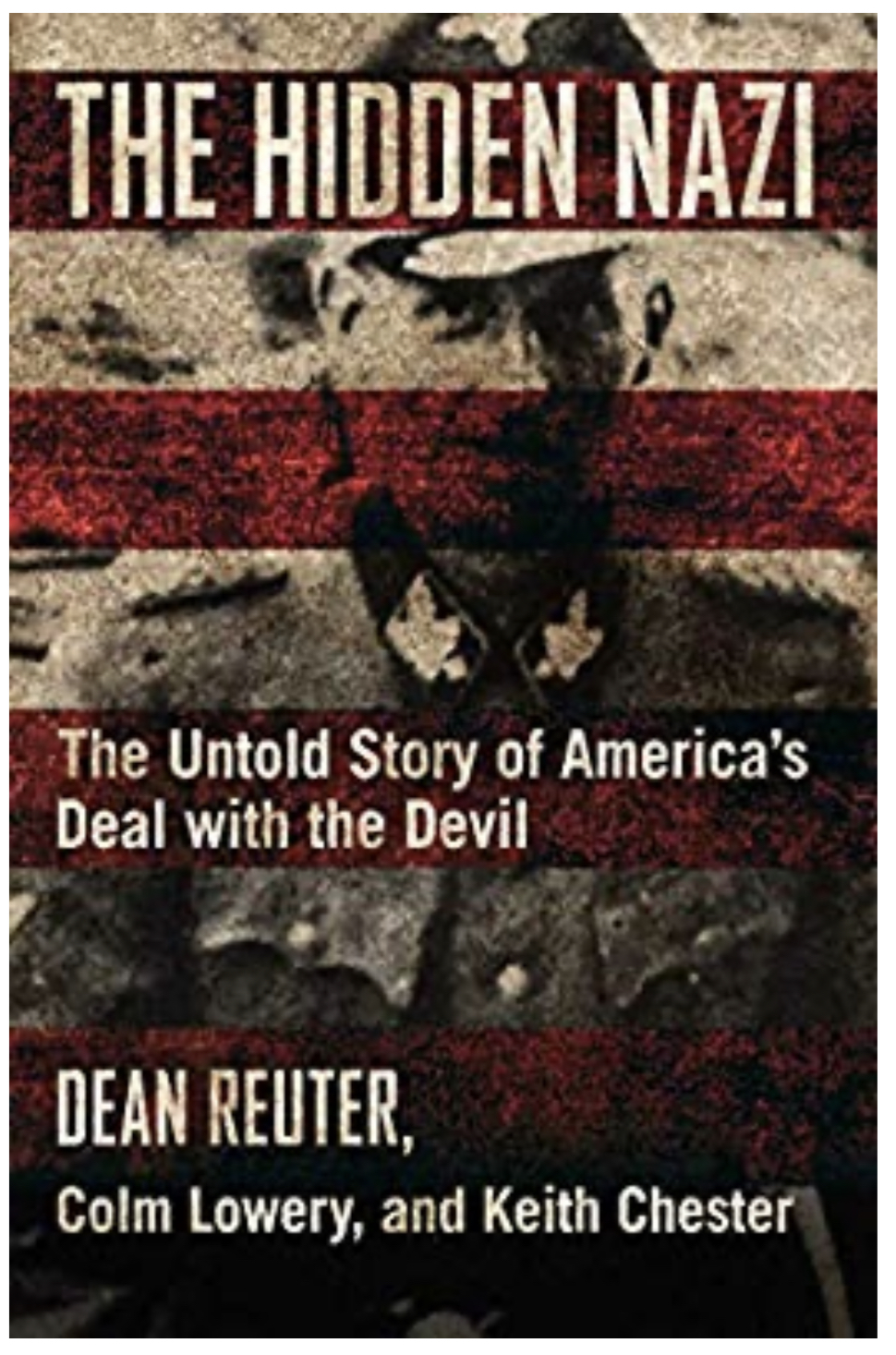 Sidekick to SS Chief Heinrich Himmler and supervisor of Nazi rocket scientist Wernher von Braun, General Hans Kammler was responsible for the construction of Hitler’s slave labor sites and concentration camps. He personally altered the design of Auschwitz to increase crowding, ensuring that epidemic diseases would complement the work of the gas chambers.

Why has the world forgotten this monster? Kammler was declared dead after the war. But the aide who testified to Kammler’s supposed “suicide” never produced the general’s dog tags or any other proof of death.

Dean Rueter is the author of The Hidden Nazi: The Untold Story of America’s Deal with the Devil.

As someone of German heritage, I have a responsibility to feel guilt and shame of Germany’s past.

Reuter is General Counsel of the Federalist Society for Law and Public Policy and a fellow at the National Security Institute at George Mason University’s Antonin Scalia Law School. We spoke about his latest book and why it’s a different approach to learning facts about the Holocaust with a different “lens.”

It’s amazing how a younger audience does not know about the Holocaust and facts about that time in Germany. One of my goals is to make unknown facts accessible to a population not informed.

The timing couldn’t be more perfect as today we debate the right to bear arms. One of the first laws under the Hitler regime was taking away the right to own guns and arm yourself.

On January 27, 1945, the Auschwitz Concentration Camp was liberated by Allied troops. The book tells the story of SS Nazi general Hans Kammler, the worst Nazi you’ve never heard of. As documented in The Hidden Nazi, the Holocaust could not have happened without Kammler, for it was Kammler who:

*Identified Auschwitz as the site to become the Nazi’s deadliest killing camp
*Expanded the camp to hold 250,000 prisoners.
*Designed and installed the camp’s gas chambers and crematoria.
*Made weekly and even daily visits to the camp to oversee his work. Used his same methods to build concentration camps throughout the Reich.
*Played an integral part in creating the SS slave labor regime.

Kammler’s work extended not just to Auschwitz, but to camps throughout the Third Reich, making him responsible for perhaps more deaths than any other Nazi figure. If Heinrich Himmler was the  architect of the Holocaust, Kammler was its engineer. Sadly, no one has revealed Kammler’s role at Auschwitz or in the Holocaust because, at the end of the war, he succesfully faked his own suicide. Behind that contrived suicide was a deal between Kammler and the Americans: in return for his life, Kammler would deliver the German’s highly advanced rocket research and team, and other invaluable technology as America turned to the Cold War.  Ergo, one of the most prolific mass murderers in history escaped justice and the scrutiny of historians.

Their astonishing discovery: US government documents prove that Hans Kammler was in American custody for months after the war—well after his officially declared suicide.

And what happened to him after that? Kammler was kept out of public view, never indicted or tried, but to what end? Did he cooperate with Nuremberg prosecutors investigating Nazi war crimes? Was he protected so the United States could benefit from his intimate knowledge of the Nazi rocket program and Germany’s secret weapons?

The Hidden Nazi is true history more harrowing—and shocking—than the most thrilling fiction. 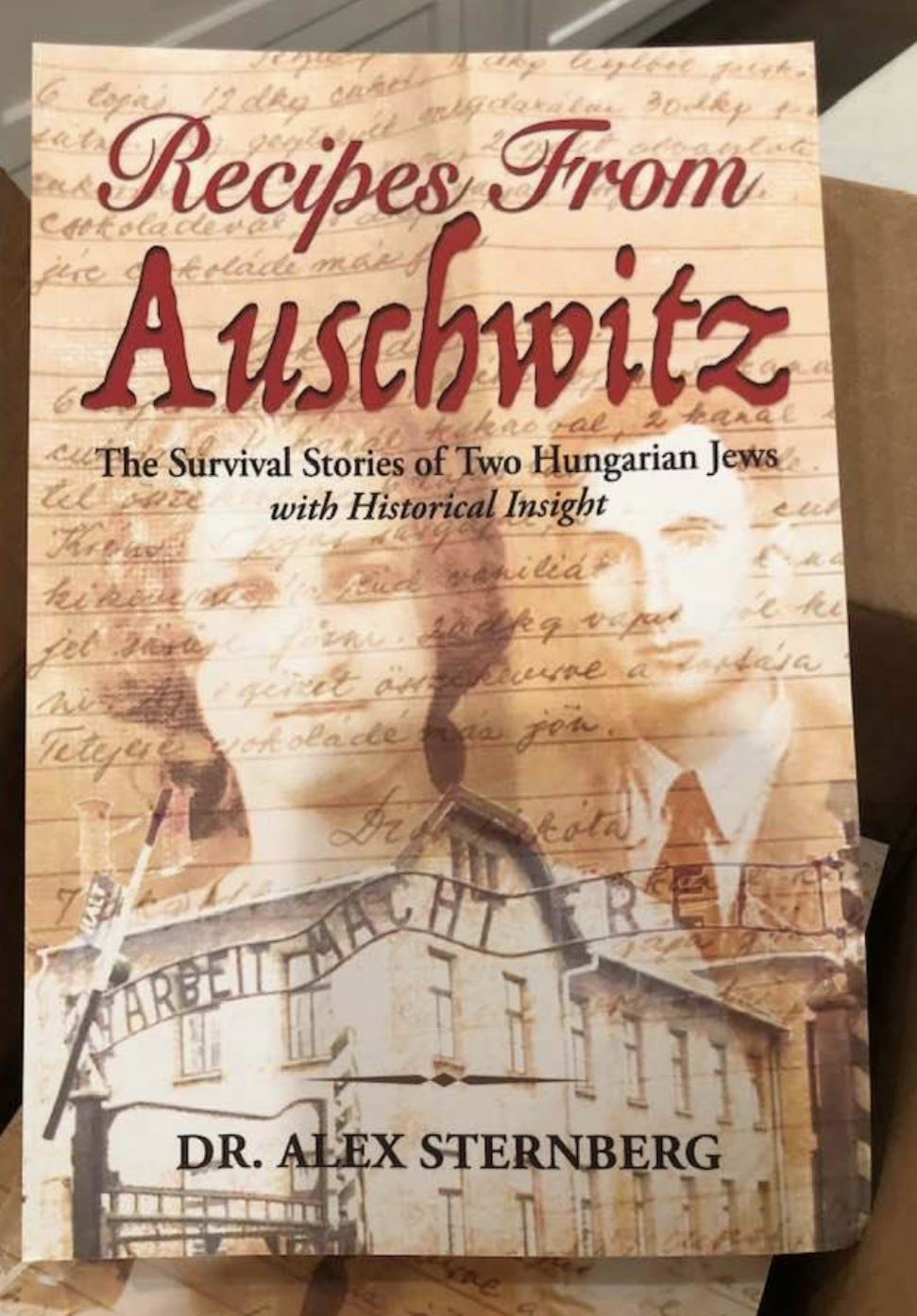 A beautiful fulfillment of a promise from a loving son to his mother, Recipes from Auschwitz is a new book that highlights Olga’s optimism and determination. Her story is brought to life through the sharing of recipes between her and her fellow inmates to bolster their hope despite starvation and great personal loss.

The book also details Marton’s deportation, his incarceration in Auschwitz, Bergen-Belsen, and Wüstegiersdorf following the extermination of his family, and the role his unshakeable faith played in his survival. Included in the book are Olga’s recipes, which she memorized and recorded after her liberation, preserving the culinary and cultural legacy of a world now gone. This is the improbable love story of two Hungarian Jews who faced cruelty, near-death, and the loss of human dignity in Auschwitz, Bergen-Belsen, and Ravensbrück—and survived.

By July of 1944, nearly 600,000 Hungarian Jews had been ripped from their homes and deported to Auschwitz, victims of a fate that claimed the lives of millions by the end of the Second World War.

Written by Dr. Alex Sternberg, Recipes from Auschwitz relates the once-marginalized story of Hungarian Jewry, among them the author’s parents—Olga Elek, a lovely, cultured woman born into comfort, and Marton Sternberg, an Orthodox Chassid who raised himself from poverty into business success.

Alex Sternberg has done the near-impossible: written a book about the Holocaust that is not only faithful to the horror and the heartbreak, but also manages to be . . . charming.

Based on the personal testimony of Marton and Olga as collected by the Spielberg Shoah Tapes, as well as the author’s own intimate memories of his childhood around his parents’ dinner table, Recipes from Auschwitz stands testament to love, resilience, and courage.

Marton and Olga were liberated in 1945. But were they ever set free? I doubt it.

Alex Sternberg has done the near-impossible: written a book about the Holocaust that is not only faithful to the horror and the heartbreak, but also manages to be . . . charming.

Cindy Grosz is a Jewish activist who promotes projects, products and awareness to everything Israel and of international Jewish concern. She represents celebrity spokespeople who speak up for and about Israel. She is also a contributor and Co-host on The Jersey Joe Show 710AM WOR, Sunday nights at 7 EST during the summer months, or available anytime, anywhere through iHeart Radio.
Cindyscorners@gmail.com
@cindy_grosz