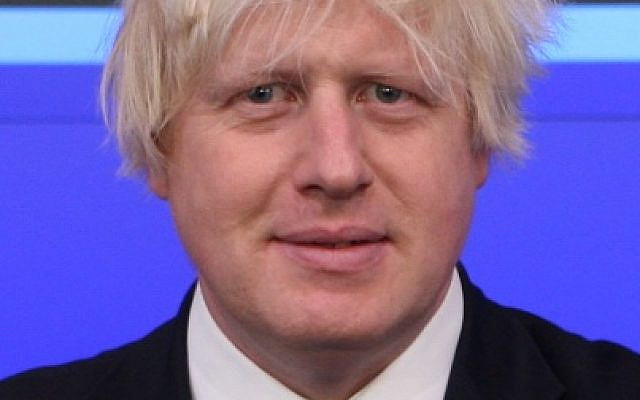 In recent years, Israelis have often been accused of apathy on the question of peace with the Palestinians.  But the putative annexation of/extension of jurisdiction over parts of the West Bank/Judea & Samaria has already shaken things up.  It is subject to fierce debate in Israel.  And so it should be.  True, the current government is the result of democratic elections and the Israeli electorate has been told exactly what they were voting for.  Still, there is nothing wrong with debating the matter again, so that actual intentions are fleshed out and previously unforeseen consequences flushed out.

I will abstain from taking a position here on the topic itself – other than stating that I see legitimate arguments on both sides in that discussion.  The issue is – it is a debate for Israelis to have.  In a perfect world, the Palestinians should also be involved – provided, that is, that they wish to be and that they produce representatives capable of relating to any proposal with anything other than knee-jerk, hysteric rejections.  And, finally, it is only right for Israel to involve the US; because of that country’s decades of (mostly) unwavering support for the Jewish state; because it is the #1 world power; and because it produced the peace proposal that forms the basis of the ‘annexation’.

But, however one positions oneself with respect to the plan itself, it’s hard to understand why it should be anyone else’s business.

Why does everybody (and his lame sister) feel entitled to tell Israel and Israelis what to do?  Some, of course, are motivated by the antisemitic belief that the Jewish state is a threat to the welfare (and even the existence) of the entire world.  Former British minister and Labour Party politician Clare Short, for instance, blamed the failure to decisively tackle global warming on… Israel.  Thus, she opined, the existence of the Jewish state threatened to bring about “the end of the human race”.  More recently, another British Labour MP – a certain nobody called Alex Sobel – opined on Twitter that

The annexation is a danger to not just Palestinians and Israelis but to us all.

But then, we all know where that’s coming from.  I guess that’s why the Labour Party is being investigated for its institutional antisemitism.

Things take a different turn when someone who isn’t a complete nobody steps in.  Bestowing on himself a title that can be translated as ‘Defender of Israel’ or ‘Shield of Israel’, on Wednesday British Prime Minister Boris Johnson penned an article – in Hebrew – in one of Israel’s major newspapers.

People may shrug off Mr. Johnson’s uninvited ‘contribution’; but imagine that, in the midst of the Brexit debate, Benjamin Netanyahu would’ve published an article in the Times of London, telling the Brits in no uncertain terms to stop behaving so foolishly.  I have a nagging suspicion that such intervention by Israel’s prime minister would’ve been seen as (to use a British understatement) ‘not entirely welcome’.  Despite the fact that both the EU and the UK are important trade partners for Israel and, as such, Netanyahu might have felt entitled to weigh in.

It is interesting to read Mr. Johnson’s article – if nothing else, it provides a window into the patronising, neo-colonial mindset of so many Western ‘friends of Israel’.

Indeed, Johnson starts by establishing his ‘credentials’; no, not as a fair-minded, justice-loving politician – but as a “supporter and admirer of Israel” – no less.  He even writes:

I am an enthusiastic defender of Israel.  Few goals are closer to my heart than ensuring that her citizens are protected from the threat of terror and antisemitic incitement.

You heard that, ye bloody Israelis?  You’ve got nothing to worry about – Uncle Boris will forever protect you from harm.  True, he has yet to deal with those who bullied and humiliated his own country; but worry not – in case of need he will surely deploy his valiant soldiers to defend Israeli lives and dignity.  Especially since he also wrote that

Our commitment to Israel’s security is firm, as long as I am Britain’s Prime Minister.

No worries, then, for the next 4 years or so.  Unless, of course, there’s a crisis that brings Keir Starmer and Lisa Nandy to power.  Or even Jeremy Corbyn – who seems to still lurk somewhere in the dark recesses of British politics. 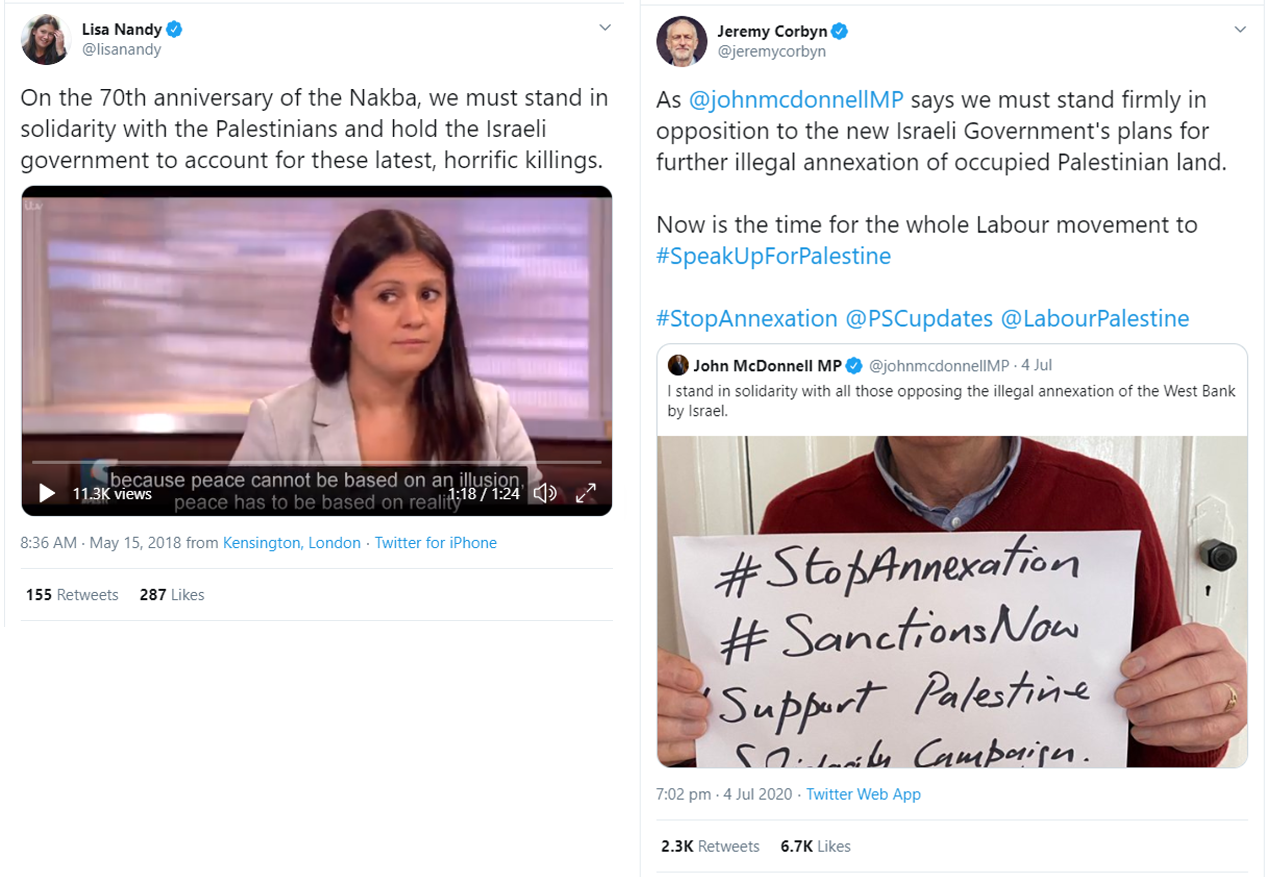 Is it really about ‘annexation’? {own picture}

But it’s not just Uncle Boris; apparently, his entire country has a proud tradition of valiant Israel-protecting:

Britain has always stood with Israel and her right to exist in peace and security – like all other nation.

There are still a few people in Israel who, upon reading this, may scratch their – mostly bald – heads.  People who fought bloody battles against the Arab Legion – an army armed, trained and officered by the British; in 1948, fighting that force cost more Israeli lives than all the other fronts put together.

But we don’t have to rely on the memory of Israelis who were of fighting age in 1948; perhaps they don’t remember all that well…  As recently as August 2014, however, the British government led by Conservative leader David Cameron (another stalwart friend of Israel) suspended exports of arms to the Jewish state.  Apparently, Her Majesty’s Government was terribly worried that those weapons might be used against the Palestinians in Gaza.  I don’t understand what gave them that idea! after all, between January and August 2014, Gaza had bombed Israel with only marginally more than 4,000 missiles…

But it’s not all about weaponry.  Apparently, Mr. Johnson’s country also supplied Israel with political and diplomatic ‘protection’:

Britain often defended Israel, as part of a small minority at the UN, from unjustified and disproportionate criticism.

That’s sooo important, especially since the UK has a veto at the UN Security Council.  So let’s have a look at some of UN’s more notable resolutions:

But hey, this is old stuff, ‘innit?  Let’s come a bit closer to our times.  In 2000, having rejected Ehud Barak’s opening peace proposal and even the ‘Parameters’ proposed by Bill Clinton, the Palestinian Authority/PLO prepared a ‘popular uprising’ (read: a series of terror attacks that cost the lives of more than 1000 Israelis – three quarters of them uninvolved civilians).  The UN Security Council ‘responded’ with Resolution 1322/7 October 2000, which condemned

acts of violence, especially the excessive use of force against Palestinians…

UK voted in favour of this resolution.  I wonder if Boris Johnson had this in mind when talking about his determination to ensure that “Israel’s citizens are protected from the threat of terror”?  I’m not sure – his memory and attention to ‘detail’ are notoriously feeble…

Indeed, one can hardly find a UN resolution condemning Israel (including those accusing the Jewish state of outlandish ‘violations of international humanitarian law’ and of horrible ‘war crimes’) that the United Kingdom opposed.

But if those pesky Israelis think they only owe Britain their security, they’re wrong.  In fact, writes Mr. Johnson, Britain is responsible for the establishment of the State of Israel, via the Balfour Declaration.

Now, I’m surprised Boris was so modest here.  Because the British Government did much more than issue a declaration; in fact, they solemnly committed, in front of the ‘international community’ of the day, to do everything in their power to establish in the Mandate of Palestine ‘the Jewish national home’.  The only problem – and this is obviously just a small detail – is that, having secured the Mandate in return for that pledge, they almost immediately lost any intention to ever fulfil it.

Anyway: after listing all the reasons why Israelis should be grateful to himself personally and to his country, Boris Johnson informed them that

The annexation would constitute an infringement of international law.

That’s interesting because, almost at the same time, Her Majesty’s Government also accused China of infringing international law, by imposing on Hong Kong an undemocratic, draconic law – a ‘law’ that makes all protest… unlawful.  The United Kingdom (which left Hong Kong at the mercy of the Chinese with nothing but ‘international law’ to defend them) reacted very strongly by… offering 3 million Hong Kongers UK residence rights and a route to citizenship.  That’ll no doubt teach the Chinese never again to mess with international law; so I’m thinking: perhaps Boris wishes to also punish Israel by offering UK residence to 3 million Palestinians?  I’m pretty sure that such offer would cause a pretty long queue in front of the British Consulate in Jerusalem…

But what I like about Boris Johnson is his optimism, his ‘can do’ attitude.  Read, for instance, this charming mixture of empty words and hot air:

There is another way.  Like many Israelis, I too am frustrated that the peace discussions ended in failure.  While I understand the frustration felt by both sides, we must leverage this moment of energy to return once more to the negotiations table and strive towards finding a solution.  It will require compromise from all sides.

Now, that’s indeed “another way”!  Mr. Johnson’s “solution” is simple (in fact, I’d call it ‘simple-minded’): if we bashed our heads into a brick wall for 25 years and failed to break through – we “must” try for another 25.  And I thought that that brilliant approach ended with Theresa May and the many Parliament votes on the ‘only possible deal’!

But whether we are in favour or opposed to the ‘annexation’, we Israelis must respond to Mr. Johnson’s well-intentioned and not-at-all self-serving intervention with utmost British courtesy:

We are all very busy right now.  But your call is very important to us.  Please stay on the line and we will answer as soon as we can.  Thank you!