About 15,000 Brazilian Jews have made the Aliyah to Israel since the rebirth of the nation in 1948. By the end of 2016, due mostly to the current economic crisis in Brazil, a record number of 700 shall arrive. So far 650 have immigrated this year, and about 50 are expected by year’s end.

The last time similar levels were recorded was in the 1970s. The annual average used to be about 200. But things started to change in 2014, when it jumped to 280, and increased to 496 last year. Reaching 700 now is reason for celebration, marking a 45-year record in Brazilian Aliyah. 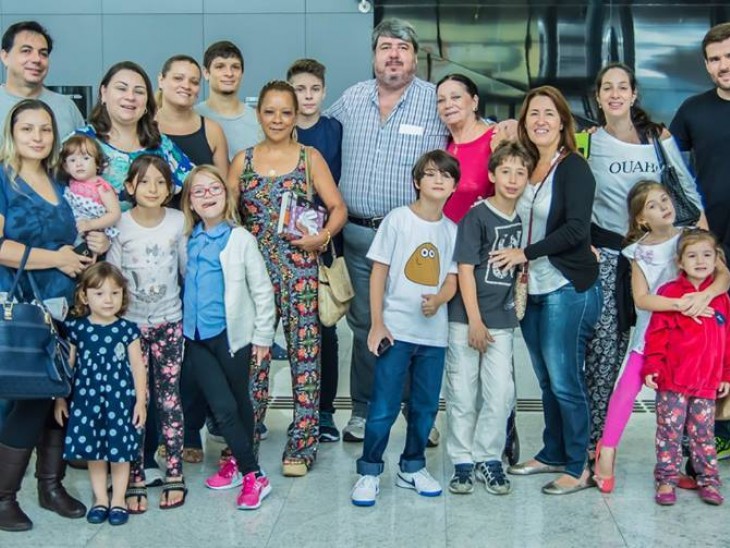 Executive Chairman of the Jewish Agency for Israel, Natan Sharansky, recently visited Brazil in order to survey Jewish Agency activities in the country. He met with the local Jewish community. http://www.jewishagency.org/olympic-jump-aliyah

According to him: “The Brazilian Jewish community is a warm, Zionist community with strong ties to Israel. When local socioeconomic and political circumstances bring people to look for alternatives, Israel is their natural choice”.

He pointed out that the increasing numbers of young Brazilians participating in the The Jewish Agency’s experience Israel programs are deciding they’d like to make Israel their permanent home.

The Jewish Confederation of Brasil (CONIB, the umbrella organization of Brazilian Jewry) reports that the Jewish community of Brazil is formed by approximately 120,000 people. It is the second largest in Latin America, after Argentina.

The largest communities are in São Paulo (± 55,000 members), Rio de Janeiro (±30,000), and Porto Alegre (±10,000). There are also about one hundred smaller communities scattered throughout the country.

The Jewish Agency’s states activities in Brazil are conducted in partnership with CONIB. They state in their offocial website that their focus is the strengthening Brazilian Jews’ connections to Israel, developing young leadership, training counselors for Jewish youth movements, building Israel experience programs for the community’s youth and preparing candidates for Aliyah.