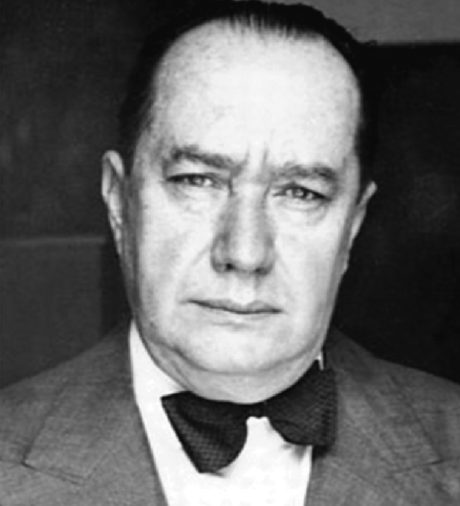 Latin American countries had few diplomats that reached-out to the victims of the Nazi regime but amongst this selected group, the Brazilian Luis Martins de Souza Dantas stands-out. Today, I am remembering this remarkable human being on the 68th anniversary of his passing, aged 78.

Souza Dantas was born in Rio de Janeiro on February 17, 1876, into a traditional family that enjoyed good connections with the Brazilian monarchy. Upon completion of his degree in Law, at the age of 21, he enrolled in the Brazilian Ministry of Foreign Affairs, kicking-off his diplomatic career.

Following various posts, including a brief period as interim Minister of Foreign Affairs during WWI, he was designated Ambassador of Brazil in France (and later also in Vichy, during the Nazi occupation), an appointment he held from 1922 till 1944, becoming the most senior foreign diplomat in Paris. Between 1924 and 1926 he also served as representative of his Government before the League of Nations.

As per his own words, moved by a “Christian sense of mercy”, he requested and obtained permission from his superiors to issue a limited number of immigration visas to French citizens.

Between June 1940 and December 12th of that year, when Souza Dantas was instructed to stop issuing any further immigration permits, some 500 life-saving visas have already been distributed. Even after that day, well into 1941, Souza Dantas continued issuing back-dated visas. He was fully aware of the illegality of his actions and never sought any financial remuneration from the recipients. He acted out of pure altruism. In a letter to the Brazil’s Minister of Foreign Affairs, Osvaldo Aranha, he pointed-out that the “camps set-up by the Nazis were like something out of Dante’s Inferno”, where Jews were either slaves or ended-up being exterminated.

In 1941, Souza Dantas personally intervened to save the lives of the passengers of the Alsina ship, who were holding his forged visas. The naval British blockade impeded the passengers to get off at Senegal and they were stranded for 4 months until the vessel was diverted to Casablanca. Souza Dantas renewed the expired visas and the Jewish passengers were able to continue their road to salvation to Brazil.

Denounced by his own colleagues, Souza Dantas was summoned to Brazil by President Getulio Vargas to face disciplinary hearings for his “irregular actions”. Despite the fact of being found guilty for breaking the Brazilian immigration law, he was able to get away from punishment thanks to a technicality.

Among the many people he saved, it is worth-mentioning the late banker and diplomat Felix Rohatyn, who at that time was a child. Eventually, Rohatyn became famous around the world for having saved the city of New York from bankruptcy and for his years as Ambassador of the USA in Paris. Back in 2003, the International Raoul Wallenberg Foundation held a ceremony in New York to pay tribute to the Portuguese diplomat rescuer Aristides de Sousa Mendes and the Brazilian Luis Martins de Souza Dantas. In his speech, Mr. Rohatyn related how he was saved by the Brazilian hero and underscored the fact that “if it were not for him, I would have ended as ashes in Auschwitz.“

After the end of the war, Souza Dantas spent most of the time in Paris where he died in absolute poverty without leaving any descendants. He was posthumously recognized as Righteous among the Nations in June 2003. 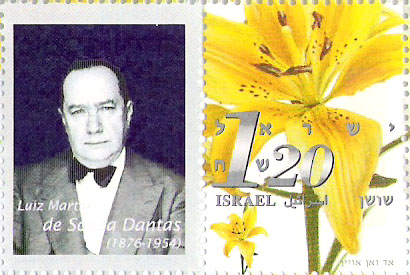 Dr. Fabio Koifman, a dear friend and collaborator of the Wallenberg Foundation has written the ultimate biography of this remarkable Brazilian hero, entitled: “Quixote nas Trevas” (Quixote in the Darkness) and also contributed to a chapter in a book co-edited by the Brazilian Embassy in London and the Wallenberg Foundation: “Two Diplomats in Need”, which can be downloaded for free from our website. Back in 2018, Globo Filmes launched the film “Dear Ambassador”, based on Dr. Koifman’s “Quixote in the Darkness”. 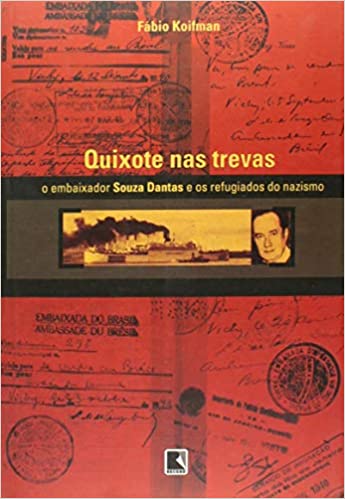 In these days when we are witnessing the senseless terror attacks against civilians in Israel and the heinous atrocities being perpetrated in Ukraine, the Wallenberg Foundation is currently investigating the deeds of many present time heroes who, like Souza Dantas, are reaching out to the victims of violence anywhere in the world. There is no better way to keep the legacy of this hero alive.