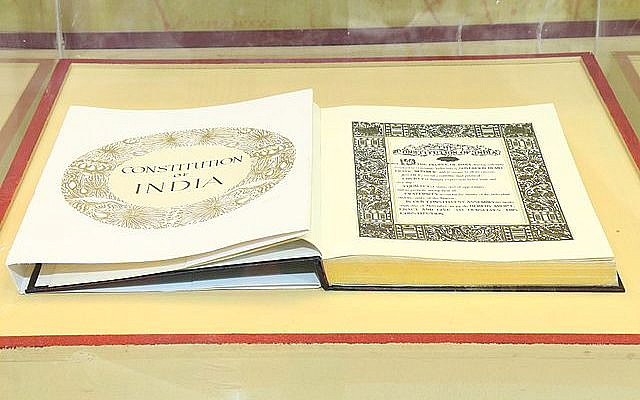 Months after launching a special military operation in Ukraine, while addressing the press at the Kremlin, Russian President Vladimir Putin said, “There is no in-between, no intermediate state: either a country is sovereign, or it is a colony, no matter what the colonies are called. And a colony has no historical prospects. If a country is not able to make sovereign decisions — it is a colony.”

He was justifying his decision to launch offensive in Ukraine which he termed as ‘defensive’ in character. Nevertheless, the message, and not the act in itself, is important for us to incorporate in our sovereign decisions.

Since its independence in 1947, India is a sovereign state and it has executed its sovereignty time and again to strengthen it all the more. Pursuing a foreign policy of non-alignment during the Cold War, signing Panchsheel with China in 1954. accomplishing Operation Smiling Buddha (in 1974) and its successor (Operation Shakti in 1998) to become a de facto nuclear-state, are some of the most impressive instances when India showcased its sovereign power. Ostensibly, India has not shied away from imposing its will when it comes to securing its core national interests.

However, there is also an exception to this rule. When it comes to an invisible exhibition of power, India has faltered and lost the narrative wars, especially when it comes to exercising state sovereignty at home. It has continued to look towards the west in a quest to secure validation from the erstwhile imperialists. Manpower and resources have been spent in the western civil society to secure a favorable view from them in terms of getting our democratic character endorsed. This obsessive compulsion to get validation has empowered the western governments to weaponize it and use it to browbeat us on critical occasions. It appears that Rudyard Kipling’s ‘white-man burden’ to civilize the orientalists remain intact due to our continued servility of the occidentalists. We are yet to accept that democracy was not a gift of the imperialists but it stemmed from our ancient civilizational past. Until this realization is accepted and promulgated by us, the subservience to the imperialists for an “award of validation” will continue to eclipse our major contemplations.

It has been often said that strong leadership in colonies is detested by the west because it opens up the possibility of reversing the trends of imperial propaganda which is key to perpetuate colonialism (or neo-colonialism) in the twenty-first century. Unfortunately, even strong leaderships, like the one that India’s political system threw up at the helm in 2014 has failed to break the bluffs of western imperial supremacy. Time and again, the leadership at the helm has buckled under pressure when it comes to enforcement of sovereign laws domestically. Gunnar Myrdal, in his Asian Drama (1968), pointed towards the powerlessness of the South Asian states to implement their economic policies and programs effectively. To extend it to the realm of security, here is the paradox — despite enormous expansion of state power in even the most basic realms of society, the Indian state falters in imposing its laws effectively and ends up becoming powerless. It is common sense to know that a law is as good as it can be implemented on the ground. Without implementation, a law is merely a black imprint on a piece of paper. The so-called strong leadership in India has failed to alter this course and bring us out of the ‘soft-state’ category, which is a blemish on a modern democratic Indian state.

This brings us to the question, why there is hesitancy in imposition of sovereign laws at the domestic front? The answer lies partly to the subliminal slavery that has subjugated the structure of governments in India since independence. This slavery has been perpetuated without any real act but it has been fed using an indeterminate threat. A power, that has never (or seldom) been witnessed, the mien of which has remained ephemeral. Yet, it has changed the entire course of government policies in India. It is a travesty of justice for the citizens of India that the sovereign that they solemnly resolved to constitute, remains influenced by some vague nineteenth-century shibboleths. The sovereign remains incarcerated to the false assumption that there will be a backlash if it enforces the laws strictly at home. No government in the world compromises upon domestic laws in order to please some harmless activists and their masters in government. This inferiority complex of Indian state rests on a myth or bluff which needs to be smashed immediately. Breaking this mould would require confidence on part of our political leadership.

It is important to point out that the destiny of India is going to be shaped in this decade (and the upcoming one) when a major part of the world will be forced to focus upon taming the dragon which has grown well beyond its size to ravage the hard earned global peace after the second world war. If India fails to leverage this opportunity to set its house in order, it will forfeit its chance to compete as a powerful force in the eventual conflicts that will befall upon it after the dragon ceases to exist. Prime Minister Modi has broken many bluffs — the nuclear bluff of Pakistan, remapping of Kashmir and, most importantly, frustrating the dragon by gallantly mobilizing a matching force at the borders to deal with its evil designs. Not only as the leader of this country but also as a relay runner of this civilization, it is the duty of the Prime Minister to remove all his inhibitions which may act as an obstacle in the path of India to become immensely powerful. It is good to have political power but it is as good how (and when) you exercise it. It will be as good as not having it, if you are not exercising it at the right time.

Our actions are bound to generate heat as exothermic reactions may emerge when India reclaims its state sovereignty. As a short-term measure, to absorb the heat, we can have heat conductors in the form of partnering with India’s wealthy private sector to get involved in the global civil society institutions and influence opinions to make them favorable to us. But it is not a permanent solution as soft power cannot be a full-proof substitute to hard power.

Therefore, India must wrest control over its internal security by effectively enforcing the laws and let the foreign-funded activists and their regimes speak in disdain about us. It will be preferable to be criticized than to lose the race that we have been participating hors concours.

In the end, we must understand the message by paraphrasing President Putin — “only if a country is able to make sovereign decisions, it is not a colony.”

About the Author
Vivek Shukla is an opinion writer who shares his views on issues of current international importance on various platforms and fora. He can be reached on Twitter @tweetfromVivek.
Related Topics
Related Posts