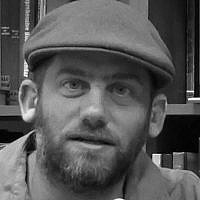 The Blogs
Gabriel Reiss
Apply for a Blog
Advertisement
Please note that the posts on The Blogs are contributed by third parties. The opinions, facts and any media content in them are presented solely by the authors, and neither The Times of Israel nor its partners assume any responsibility for them. Please contact us in case of abuse. In case of abuse,
Report this post.

The next four months present an amazing opportunity for the Jews of America, one that will not be repeated for at least another four years. Parallel to this election cycle in the State of Israel, the Jews of America will have their own opportunity to voice their opinions and vote for their own representatives to the World Zionist Congress, the official legislative body of the World Zionist Organization. Yes, this is the very same establishment born in 1897 at the behest of Theodore Herzl that eventually got the ball rolling for the establishment of the modern Jewish State. For more information on the Congress, click here. 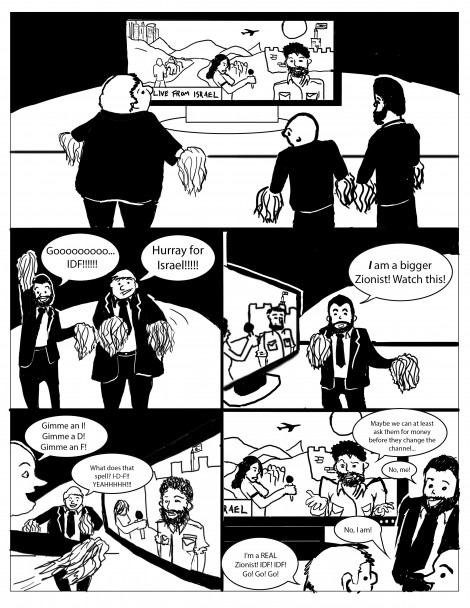 An Israeli’s take on Diaspora Zionism

Many of my Israeli compatriots here view the idea of a “Zionist” Diaspora Jew as self-contradictory- an oxymoron. If such people truly were Zionists – the argument goes – then they would jump on the next El Al flight, make Aliyah and join their brethren already engaged in the process of building the state from within, shouldering the great responsibilities inherent in this grand venture of renewed Jewish sovereignty. They would transform themselves into players on the field and not merely relegate themselves to being cheerleaders on the sidelines. They would become active participants in this great drama of Jewish history.

Moreover – they argue – such “Zionists” have no right to voice their positions on the internal workings of the State of Israel. How could a Jew living thousands of miles away presume to have any understanding whatsoever of the realities here on the ground? How can he presume to understand the conflict with the Arab world when his source of information is second-hand news? How can he hope to understand the role and objectives of the IDF having never donned a uniform? How can he empathize with our social crises when he doesn’t even speak Hebrew? What gives him the right to intervene in issues of religion and state when he himself is completely immersed in a foreign, non-Jewish society?

For many Israelis, Diaspora Jews are viewed as those who made a conscious decision not to become active participants in what is probably the most meaningful development in thousands of years of Jewish history. As such, they have no legitimate right to interfere in the internal workings of those who did choose (or were chosen by force of circumstance) to assume for themselves active roles in shaping Israel’s future.

So what is left for such “Zionists”? For many Israelis, the role Diaspora Zionism should play is simple: a source of funding, proclamations and lobbying. It is about visiting the Kotel, buying Israel Bonds, going to conventions, and waving flags. Unfortunately, many American Jews, too, view their own Zionist attachments in exactly the same manner. In so doing, they completely separate themselves from the great ideological conflicts shaking the modern Jewish state, fail to fully engage them and – as a result – fail to formulate for themselves any meaningful understandings that might actually propel the Jewish people forward.

What remains? A superficial “Zionism” that is bereft of meaningful content.

But here exactly is the major problem: If anything, the very best role Diaspora Zionism could play at this juncture in history would be to develop the ideas and ideological tools that will eventually drive the Zionist enterprise into the next stage of its development.

Indeed, we are a people driven by great ideas and ideals. While it is true that the only real place for the implementation of those ideas and ideals is the Land of Israel, our ideals themselves have almost always developed outside the homeland, distanced from the grind and wear that naturally results as we attempt to apply our ideas to everyday life. The Zionists living in Israel may tend to forget the greater picture when weighed down with daily struggles. The magnificent story of the rebirth of the Jewish people in our generation is too often forgotten among the latest stories of corruption, terror attacks or military operations. The bigger picture gets drowned in the intensity of day-to-day life. It is not easy to break away from the daily news items and to breathe the fresh air necessary to re-evaluate our ideals, and to reassess our aspirations for the Jewish state, on the macro-level.

While it may be undeniably crucial for there to be contact with the reality on the ground, it is equally important that we do not cease, as a people, to dream. In fact, we are a people who first dreams and only then finds the means to make those dreams come true.

The Jewish people has, in fact, always developed its great ideological movements outside of the Land of Israel. Abraham originated in Ur Kasdim. The generation of Moses and Joshua developed wandering in the desert. Ezra and Nehemia began the journey home to Zion from the depths of Babylon. The first Aliyah framed its ideological foundations outside the land and only later brought its dreams to fulfillment. The same holds true for the second and third Aliyot.  Each of these waves of immigration only heard of the problems involved in developing the land but knew nothing of the difficulties first-hand. Instead, they developed dreams, ideas, longings, even romanticizations, and carried these into the land from without.

It could be said that this is one of the very special attributes of our people: We develop dreams and ideals, sometimes in a vacuum, and only then bring them into reality. Indeed, like a tightly wound spring, we first dreamt of renewed Jewish independence for two thousand years, and only later proved that if you will it, it is no dream.

Yes, it is specifically here, in the realm of ideas, that the Jews living outside their land have a certain advantage because- unlike Israelis- they are unencumbered by ever-present daily struggles and distractions. But in order to fulfill this role correctly, American Jewry must at once reassess its own identity, be imbibed with passion and reconnect to the deepest aspirations of the Jewish people, while all the while developing the courage to think outside of the box, ask themselves the most difficult of questions, break outdated paradigms and reformulate the ideas of yesteryear.

Possibly, only those Jews living outside the state at this juncture in history hold the key to transcending the gridlock born of narrow categories – left vs. right, religious vs. secular, Jewish vs. democratic, dove vs. hawk – for a more holistic and powerful vision of our collective future.

Indeed, this is the opportunity that presents itself to American Jewry in the next four months. As the Israeli political machine begins to grind, the Jews of America have the unique opportunity to hold their own ideological deliberations. This opportunity can be squandered with meaningless quibbling over seats and power, or blind, empty allegiances to large religious institutions and political lobby groups, or, alternatively, these elections can become the vehicle whereby the Jews of America reevaluate their own understandings of Zionism in particular and Jewish identity at large.  Why do we have a Jewish state? What does the ideal Jewish state look like? What is our dream for the next stage of its development? How should we get there?

American Jews need to ask themselves these difficult questions, even if they don’t yet find satisfactory answers. They must stop being afraid of what might be labeled by some as “unsafe” or “extreme” positions. These must be voiced as well. Diaspora Jews need to break free from their bubble. It is time for American Jewry to escape the clutches of a cynical superficiality that has corroded much of the so-called “pro-Israel” world.

Now is the time to wake up: In the upcoming race for the World Zionist Congress, the Jewish communities of America have an invaluable opportunity to become active participants in the drama that is the State of Israel. Will they summon the courage and ambition necessary to engage in an honest battle between competing ideological outlooks, each sharpening the other, in a direct competition for creative and outside-the-box approaches to directing the future of the Jewish state?

If Diaspora Jews fail to do so, the World Zionist Congress will deteriorate into a meaningless competition of cheerleaders, whose contribution will be consigned to a mere footnote in the annals of Jewish history.  If they succeed, however, they may very well find themselves on the road to being the harbingers of the next great epoch of Jewish history.

It is for this reason that we assembled a new slate, consisting of the best and most passionate young activists among our people, under the banner of the Alliance for New Zionist Vision. Please consider joining us and contributing to the creation of a fresh vision for the next stage of the Zionist adventure.

About the Author
Gabriel Reiss is the Director of Israel Activities for LAVI OLAMI and founder of its ATID student think-tank. Born and raised in Los Angeles, he is currently involved in several grassroots social justice movements and peace initiatives between Jews and Palestinians in Israel’s disputed Judea region where he lives with his wife and four children. He is a student and teacher of Torah as well as a frequent lecturer on history, Jewish identity and Zionist ideology, having completed a triple major in philosophy, economics and political science at Hebrew University.
Related Topics
Related Posts
Comments