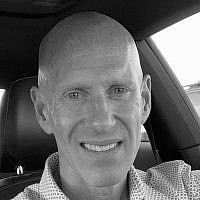 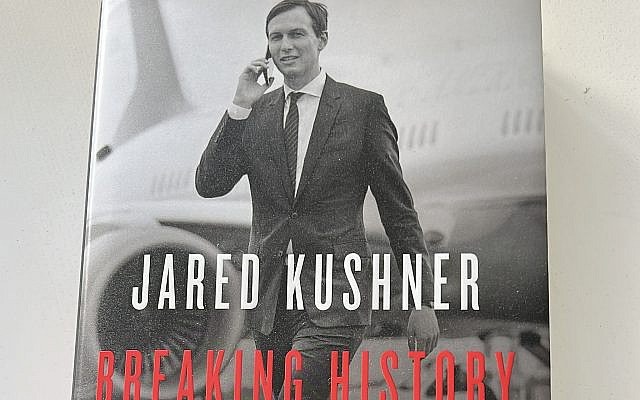 Jared Kushner’s book “Breaking History” is not just a best seller but is a memoir that challenges the groupthink class of political pundits who made Trump bashing into an art form. Throughout the book, Kushner demonstrates how he was able break barriers and rewrite the rule book of how Washington worked during the Trump administration.

While the son-in-law of President Donald J. Trump served as a lightning rod to beltway insiders and Washington elite, he notched impressive wins with his can-do style of public policy management. His approach threatened insiders whose existence depended on the status quo of government in our nation’s capital.

There is no doubt that Kushner’s efforts, during consequential and transformational moments in recent history, was not only successful, but meaningful.

The prologue of the book gives you a broad sketch of what makes Kushner “tick” and the perspective he brings to the pages of his story. The snapshots of the Trump Presidency he describes are not a defense of his actions, but a ringside seat to how rumors, gossip and innuendo permeate Washington.

Kushner views issues and challenges in a very direct way. The best summarization of his psyche came from a comment he made during negotiations surrounding the Abraham Accords. “In the diplomacy world, words matter. Tell both sides that we are not in the diplomacy business. We are in the results business.” That mindset has been the centerpiece of how Kushner and his team succeeded in complex issues when others tip toed around feelings, conventions and how it has always been done.

Internally, Kushner is family centered, strong in his Jewish faith and believes in forgiveness. For individuals that work with him he is the ideal person to have in a fight when you are in a fox hole pinned down with gunfire overhead. He stands firm, does not flinch and is very human.

The cesspool of corruption in mass media, elected members of Congress and handlers in the dark art of politics is unveiled during critical moments in diplomacy and public policy. At the same time, the author take responsibility for flare ups, not understanding staff turf wars and political territorial waters. Kushner owns his mistakes unlike most of Washington’s elite who are professional Monday morning quarterbacks to the football game of politics.

The day when everything changed for Jared Kushner was when his father called him to tell him he was being arrested. He drove to the courthouse where he waited and then drove his father home in a ninety-minute ride of silence that tore at his soul. When his father turned to him there was no anger. Instead, he took responsibility and ownership of the charges. Jared stayed strong throughout the ride. It was only later; he unleashed his feelings in the loneliness of his apartment.

The pages of the book outline the on and off courtship with Ivanka. Kushner gives you a glimpse of the complicated and close relationship with his father-in-law President Trump. You see the successes and failures of his daily life.

One thing is clear. Kushner’s faith is a foundation in his life and gives him his strength. Judaism centers him and reminds him of his purpose. He bluntly states that the only reason he is here today is because his grandparents survived the Holocaust. When he visited Auschwitz Concentration Camp’s corridor of death, a guide’s story of his own father who smuggled Tefillin into the camp motivates him to wrap every morning.

To understand Jared Kushner, you need to know his history and the moments in his life where he was called upon to rise to the moment. When he was given the news that he had cancer, he faced it head-on without drama and with silence. As victory laps were being taken on business deals, family matters or political issues, he would be present but never take center stage.

Relationships, communication and working with a private sector mentality were a foundation to his success. The staff that surrounded him were not just loyal, they served with a purpose and goal. Kushner consistently thought creatively and challenged conventional wisdom. He employed tactics that many cannot do and would never try. He broke conventions by speaking directly to world leaders, members of Congress and opinion leaders reminiscent of Henry Kissinger’s shuttle diplomacy tactics. He moved on from fights, conflict, and anger by not engaging and ignoring the brick bats.

A flashpoint of the book comes during a “job interview” meeting . Think about the following for a moment. How many people can collaborate with a person who worked relentlessly to put your father in jail? If that were not enough, when your father was about to be set free, the same prosecutor tried to keep him locked up behind bars because of ego. Most would not and could not. Kushner was not only able to set his feelings aside, but he also agreed to work with that individual. That man was Chris Christie. Being only human, he faced Christie in a powerful moment where he looked him in the eye and let him know how he felt. After the exchange, he moved on.

The book paints a picture of a White House staff where there are distinctive camps. Those who were mechanics and get things done, and those who were more interested in looking good in front of the Washington press corps by leaking. It is interesting to note that some of the personalities illustrated by Kushner are the architects, in part, of Trump’s undoing.

Kushner vividly describes a Washington establishment that needs a time-out if not detention. From the inadequacy and ineptness of Rex Tillerson to the fundamental double dealing of members of the House and Senate, you see that there is no interest in getting things done, but simply surviving and winning elections.

Take, for example one Congressman from New York who had to be talked to by a CNN host to support criminal justice reform. The merit and substance of the issue were not what moved good public policy for this Congressmember who called the issue his priority. It was a CNN host who owned the Congressmember and got his agreement. One comical moment is also recalled when Dr. Anthony Fauci was caught during a meeting in Kushner’s office of getting a call from CNN reporter Jim Acosta fishing for salacious information during the COVID crisis.

In an incident that would set the hair on fire of woke society, Kushner was told that he and other Jewish members of staff could not be present in a meeting regarding a policy matter impacting Israel. The staffer remarked to him that he did not want history to show that three orthodox Jews helped make the decision.

Readers will not be surprised to learn of the two-faced approach of Senators that cut deals with administration to only go out on television interviews to blast the same initiatives on cable news programs. More ironic is fact that these would be the same Senators that wined and dined at the Kushner table just days or weeks before cutting that same deal.

For Kushner personally, you learn of the personal impact of the Russia collusion investigation. A simple meeting in a hotel which lasted moments ended up in years of anguish and meetings with personal lawyers. From Kushner’s perspective, his reputation and integrity were called into question by the shadiest of members of Congress in the halls of our nation’s capital.

The book presents an interesting roadmap of how Kushner is constantly multitasking issues, politics, initiatives, and policy that most politicians would relegate to the third rail of politics. The work ethic learned while going with his father to construction sites is seen repeatedly as he approaches the Abraham Accords and Operation Warp Speed. The training focus for the NYC marathon where his father trains a young Jared to focus on the road and push up the hill is seen in the groundbreaking criminal justice reforms. The foundation of faith ingrained in him through stories about his grandparents escape during the Holocaust is reflected in his taking on causes of those who need a voice and have no high-priced lobbyist.

Breaking History is not a defensive book looking to change the minds of readers of what they feel about President Trump. It is not about branding or rebranding Jared Kushner. It is about breaking conventions, work ethic and not giving up in the face of obstacles and mindset that are pervasive in today’s entitlement society. “Breaking History” is a read that not only enlightens but opens the door to the broken process we call Washington, and one person’s time traversing it.