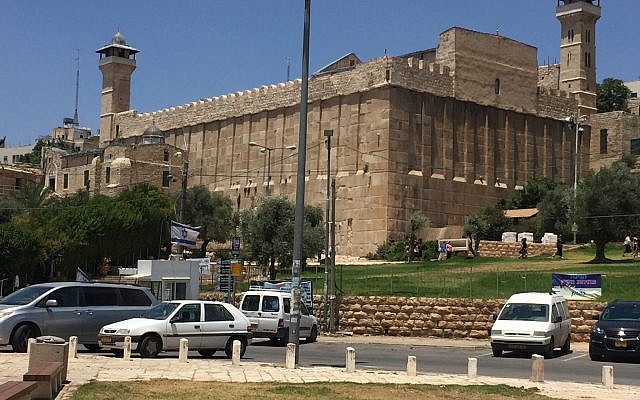 They say you never really appreciate what you have until someone tries taking it away from you. No phrase more aptly describes my changing attitude towards Hebron. Since my first trip to Hebron as an 11 year old in 1987, I’ve always felt distant from the city and its residents. My distant feelings began changing this past Friday.

Hebron is a Jewish city. The Jewish patriarchs and matriarchs, Abraham, Isaac, Jacob, Sarah, Leah and Rebecca are buried there. In Biblical times, Jewish leaders and Kings from Joshua to King David made Hebron their home. Over the coming centuries Jews would re-establish themselves and be exiled from Hebron, only to be returned and then exiled again. As the 18th century began, a permanent Jewish renewal in Hebron took hold. After the 1929 riots in which local Palestinian Muslim Arabs stabbed and burned the Jewish residents of Hebron, most Jews left, and by 1948 the city was devoid of all Jews. After Israel’s victory in the 1967 Six Day War, Israel reclaimed Hebron. There’s been a Jewish presence in Hebron proper ever since.

This past Friday, I took a tour of Hebron with T’ruah and Breaking the Silence. From the start until the end of the tour, the city of Hebron was presented as a Palestinian city whose Jewish residents were racist extremists. There are beautiful places to visit in Kiryat Arba, the suburb that is nestled in the hills above Hebron. We didn’t see any of them; instead we were taken to the one park named after Rabbi Meir Kahane, told he was a racist and then brought to the grave of Jewish terrorist Baruch Goldstein. The message was clear: The Jewish residents of Hebron and Kiryat Arba are “settlers” (a pejorative term on these tours) and are all students of Rabbi Kahane and potential Baruch Goldsteins.

As a “settler” myself, I automatically felt put on the defensive. I take frequent left wing tours of Israel. The arguments against Jewish settlement (“the occupation”) are usually based on long term strategy or on a particular reading of international law. This was the first tour where not only was the “occupation” the only viewpoint expressed, but the very right of Jews to live in Hebron was being questioned. I was shocked to hear Jewish organizations posit that Jews had no right to live in one of Judaism’s most ancient cities. Jewish tradition teaches us that Hebron is Israel’s second holiest city. Hebron’s long Jewish history played no role in the narrative being told to us.

I felt as though someone was stealing what was mine from right under my nose. I didn’t feel mugged, but rather I was being accused of having stolen something that was, by any rational standard, rightfully mine. Although I explained that I wasn’t trying to deny the Palestinian experience or evict them from the land, the very fact that I lived in Judea and Jews lived in Hebron was an act of theft, illegal and inexcusable.

I never truly appreciated Hebron before, but as I opened this essay, you never really appreciate what you have until someone tries taking it away from you. T’ruah and Breaking the Silence aimed to inspire its participants on its tour. I’ve never been more inspired to love and hold Hebron dear. I respect and appreciate Hebron’s brave Jewish residents who are subjected to demonization every single day. From Abraham to Ben Gurion, all lovers of Israel have cherished Hebron. Today, I count myself among them. I am grateful to T’ruah and Breaking the Silence for inspiring my new love. 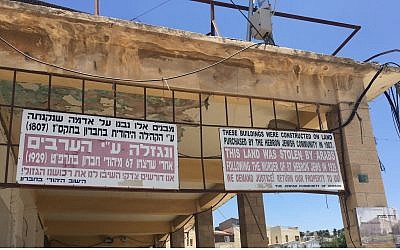