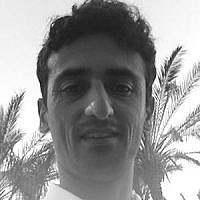 The Blogs
Yoram Halberstam
Apply for a Blog
Please note that the posts on The Blogs are contributed by third parties. The opinions, facts and any media content in them are presented solely by the authors, and neither The Times of Israel nor its partners assume any responsibility for them. Please contact us in case of abuse. In case of abuse,
Report this post.

Politicians are accustom in making and breaking promises. Election time is notorious for a “free for all” feast of statements to please the potential elector.

Obama has rambled-on since March about Netanyahu promises that “if elected, there’ll be no Palestinian state”. He does not believe Israel’s Prime Minister retracted statement after the election. Obama find it “difficult to simply accept at face value the statement made after an election” in an interview with Israel’s channel 2. As such Obama concluded that “Netanyahu’s stance on Palestinians endangers Israel’s credibility”. The stance he is referring to is Netanyahu’s precondition that the Palestinian Authority recognise Israel as a “Jewish State”.

It is not the first time Obama is unhappy with Israel; he has been previously seeing as “an obstacle to peace” Israel’s construction in Jerusalem (to name this one only). And he now states that, in the future, he’ll find it difficult to veto resolutions for Palestine at the UN.

Senator Obama, before his election in 2008 also made promises. In a speech to AIPAC he said:

Let me be clear. Israel’s security is sacrosanct. It is non-negotiable…any agreement with the Palestinian people must preserve Israel’s identity as a Jewish state… Jerusalem will remain the capital of Israel, and it must remain undivided… Israel is strong enough to achieve peace, if it has partners who are committed to the goal… The United States must not to force concessions… That’s what I commit to do as president of the United States.”

Obama, too, proposed today to break his election promises:

Obama  is a politician and he knows that promises before election means – unfortunately – nothing. His rambling can only be described as hypocritical at best or more likely as part of an international orchestrated attack on Israel.

About the Author
Yoram Halberstam is a software architect who moved to Israel two years ago. He lives in the South and is currently opening a high tech startup in Israel.
Related Topics
Related Posts
Comments