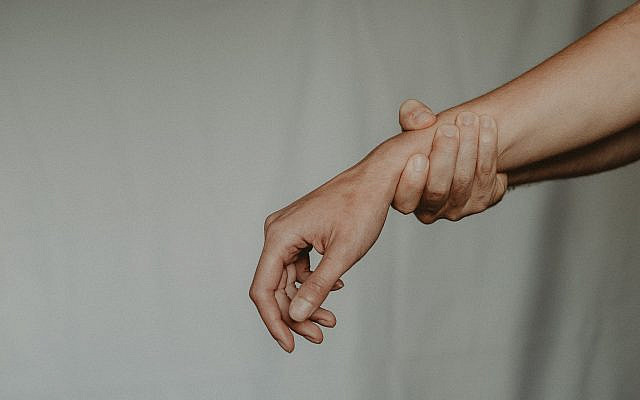 There is an invisible, nearly impenetrable wall in all of us — a line separating our inner, true selves with the image of who we are that we display to the world at large. In the world of social media that line seems even stronger, as we are able to curate our outer selves in unprecedented ways, leaving the real, messy internal self buried deeper within.

But what happens when the hidden self comes out and clashes with the outer image? This is one of the central questions Parshat Tazria discusses, and one that touches on some of the most difficult issues we face as a community.

This week’s parsha addresses the biblical ailment of tzara’at, often translated as leprosy. But what is this mysterious disease really about? The Torah notes in Leviticus 13:2 that “when a person has on the skin of their body a swelling, a rash or discoloration, and it develops into a scaly affliction on the skin of the body, it shall be reported to Aaron the priest or to one of his sons.” The priest then examines the rash and, if the diagnosis is tzara’at, the afflicted individual is isolated from the camp for seven days. Significantly, the avenue to navigate a case of tzara’at is not the biblical version of urgent care, but the priests’. Tzara’at, as we will see, is a spiritual disease, and therefore requires a spiritual and pastoral intervention.

Tzara’at is famously associated with lashon hara, or gossip, after Miriam becomes afflicted after discussing her brother’s marriage. Vayikra Rabbah adds that the “law of the metzora” is that one who desires life will guard their tongue and their words. Proverbs echoes this point, warning that “death and life are in the power of the tongue.” Beyond gossip, however, tzara’at comes to highlight other spiritual deficiencies, as well. Vayikra Rabbah presents a highly specific scenario you can see playing out even today, in any neighborhood or apartment complex: “A man says to his friend, ‘Lend me a kav (a measurement) of wheat, and the friend replies, ‘I have none.’ Or he asks for the loan of a kav of barley, and the friend replies, ‘I have none.’. . . .What does the Holy One do? He causes leprosy to afflict the friend’s house, and as the household effects are taken out, people seeing them say, ‘Did not that person say, ‘I have none’? See how much wheat is here, how much barley, how many dates are here!” As we would say in modern terms, Busted.

The story of the stingy neighbor highlights the essence of tzara’at — the inside turning out, the hidden layers of a person’s home and self revealed to the public as a result of the affliction. The Kli Yakar notes that there are three types of tzara’at to mirror the three layers of coverings on a person — their skin, their clothing, and their home. Peel away these coverings, and the true person is exposed, unable to hide behind the façade of a beautiful face, designer clothing or a spectacular house. As Rabbi David Kasher puts it, when everything else is stripped away, who are you? Tzara’at impacts the physical layers around a person, infecting the walls of their home and the very physical body they inhabit. However, the source of the disease comes from a spiritual source. What tzara’at accomplishes is laying bare internal corruption and exposing it — just as we see the contents of the home that the owner miserly kept to himself, we see the inner workings of the person, the contents of their soul.

In my work with survivors of domestic abuse, I have often seen the sharp contrast between a charming outer image and a darker reality beneath the surface. Abusers are often charismatic and likable — I will never forget the abusive spouse I once chatted with while waiting for the elevator, struck by his friendliness and warmth. However, in many of the relationships I see through my work, the reality of the dynamic behind the scenes is devastating. In the hundreds of phone calls I’ve shared with women in abusive relationships, they often discuss this contrast: how good their life seems on the outside complete with the happy family, the beautiful home, the loving husband and wife. And yet, behind closed doors, when no one is looking, it’s a different matter entirely. As domestic abuse expert Lundy Bancroft writes, “One of the obstacles to recognizing chronic mistreatment in relationships is that most abusive men simply don’t seem like abusers.”

What Parshat Tazria emphasizes is that while internal sins may seem invisible and irrelevant when compared with the power of an outer image, the sins we commit in the privacy of our homes can be the most corrupting. With tzara’at, the internal becomes external and must be dealt with, generally through separation and isolation. Only once the community draws a boundary and creates distance from the sinner can he or she return. Similarly, we must learn to recognize the hidden sins in our community and to respond to the scourges of domestic abuse, get-refusal, sexual abuse, and other corrupt acts with strong community boundaries. In my work at ORA, we support communities in excluding get-refusers until they commit to changing their behavior, isolating the abusers so that they can repent and return.

As this week’s parsha illustrates, the most insidious wrong acts are committed behind closed doors. But just as tzara’at pushes inner sins out into the open and forces a reckoning between a public image and a core self, we must bring out the dangerous elements in our communities out into the open — to create communities that are truly holy, inside and out.