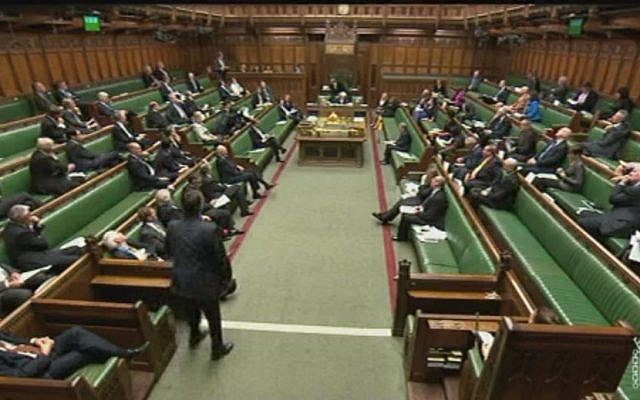 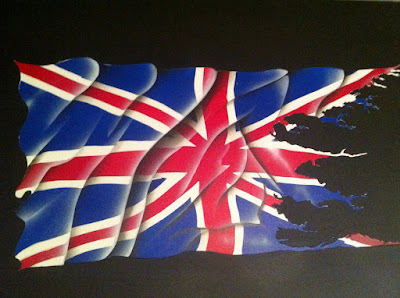 Today, the British Parliament took a largely symbolic vote to recognize ‘Palestine’. The motion and the vote were largely symbolic, carried out by what are known as ‘backbenchers’, about one third of Parliament consisting of members of the House of Commons who are not in government, mostly from the Left wing Labour Party.

This follows the remarks of new Swedish Prime Minister Stefan Lofven, head of a minority coalition of Leftist Social Democrats and Greens in his inaugural speech that “A two-state solution requires mutual recognition and a will to peaceful co-existence. Sweden will therefore recognize the state of Palestine.”

The House of Common’s vote that urges David Cameron’s government to “recognise the state of Palestine alongside the state of Israel, as a contribution to securing a negotiated two state solution” isn’t going to change British policy on the Israeli-Palestinian conflict – at least not yet. But it is a clear sign of which way the wind is blowing.

Let’s be clear about what these members of Parliament are voting for. They want Britain to recognize a ‘country’ with no recognized borders, ruled for the past decade by an unelected dictator who is now in a unity government partnered up with Hamas, a genocidal terrorist group. Mahmoud Abbas’ draft UN Resolution calls for forcing Israel to turn over all of Judea and Samaria as well as all of East Jerusalem to ‘Palestine’, so at the very least, they are telling the world they favor the ethnic cleansing of 500,000 Jews from their homeland, the barring of Jews from their holy sites in Jerusalem and since those borders are indefensible, eventually the eradication of any Jewish presence at all in the Middle East.

They are also telling the world that appeasing their restive domestic Muslim populations and garnering temporary quiet and Muslim votes means more to them than Jewish lives, most immediately in Israel but eventually in their home countries as well.

And the huge deal the EU is making over Jews building homes in East Jerusalem and even in Gush Etzion, an area legally purchased by Jews back in the 1920’s should tell us something else. They are not remotely ‘honest brokers.’ They have accepted the PLO position in its entirety, and they are, for the most part. simply lying when they talk about favoring negotiations. What they really want is the surrender of Israel, with the Jews moving back to the ghetto that former Israeli diplomat Abba Eban famously referred to as ‘the Auschwitz lines.’

That’s even more true today then when he first said it.

There’s no mistaking this message, and expect it to be repeated by Norway, France, The Netherlands, Denmark and a number of other EU countries. In fact, the EU is already threatening sanctions against Israel if Israel ‘fails to make progress in the peace process’, which given the demands of Hamas/Fatah means essentially surrendering to their diktats and committing national suicide.

But believe it or not, this is something of a blessing in disguise. And a major opportunity for Israel.

Israel now has the chance to face and accept reality. As far as much of the EU is concerned, no matter what concessions Israel makes, it will never be enough. And no matter what Israel does to defend its people, it will always be disproportionate.

There’s also this simple truth. When You’re dealing with blackmail, the demands never end, as long as you’re willing to keep giving in.

It’s time Israel realized that, and acted accordingly, both with the Palestinians and with certain nations in the EU. This doesn’t call for any grand speeches, but a simple ‘no’ and the national will by the government of Israel to do what they were elected to do..look after Israel’s interests. And that includes asserting its national rights to the land of Israel. Including building homes and infrastructure for its citizens in Jerusalem and in Judea and Samaria.

What kind of nation puts up with other countries telling it where it can build houses and schools? For that matter, what other country would put up with the blatant hypocrisy of the EU sticking its nose into any of the other disputed areas of the world and recognizing ‘states’? For instance, do you see Britain or the EU recognizing an ‘independent Tibet’ or an ‘independent Kashmir’ and throwing billions their way? Could that be because China and India would tell them to mind their own business? In fact, India’s National Security Adviser M.K. Narayanan told U.S. President Barack Obama openly that the president was ‘barking up the wrong tree’ when Obama tried to ‘Palestinize’ Kashmir in February of 2009.

But the numbers don’t tell the whole story.

With the exception of Germany, many of the EU countries are in a precarious, debt ridden financial condition. Israel, comparatively, is not. And it is Germany that is by far Israel’s biggest trading partner in the EU, a relationship that is likely to continue..especially when you consider Israel’s oil and natural gas wealth. Britain does a fair amount of trade with Israel as well.

The amount of trade that goes on isn’t because the UK has any great love for Israel.It’s because Israel produces things they very much want to buy and purchases things the UK needs to sell..On the other hand, many of the things Israel buys from the UK and most other EU nations can be purchased elsewhere if necessary.

To put it bluntly, Israel has other markets for its goods,if it comes to that. And in spite of the threats, much of the EU needs trade with Israel economically much more than they need to continue throwing money at Hamas/Fatah…or disturbing what is a very profitable relationship. That’s especially true when it comes to gas and oil not controlled by Vladimir Putin.

The day Israel rises up off its knees and starts asserting itself politely but firmly is the the time when its going to receive the respect from the world it merits and deserves.