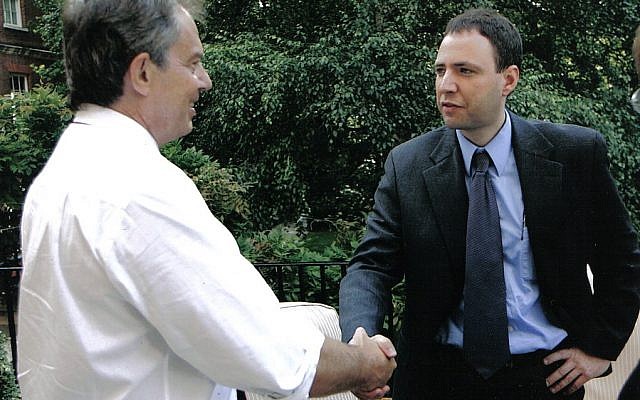 Another foray to Britain has reassured me that my once-adopted home is unlikely to crash out of the European Union on March 29, as had been feared. PM Theresa May now wants an extension, Labour chief Jeremy Corbyn finally pretends to favor a new referendum, and so the circus will probably continue for at least a few months more.

This matters to more than Britain: an imminent calamity could upend markets to inconveniently global effect. But no one knows how to actually stop the runaway train, because the political system based on Tories versus Labour has collapsed.

Most democratic countries have political divides. In Israel it’s about the Palestinians, plus religion. In America its about guns and abortion, but also town and  country and taxes. In France the divide appears to be about xenophobia. In Germany it’s a little about immigration, but mainly  about little, and so not many people care.

There is a big divide in the United Kingdom still — but it is happening within both parties,  not between them: the chasm over Brexit, which is largely a disagreement over migration rather than trade deals. You can be on either side of this whether you’re Tory or Labour on all other issues.

Such a thing is rare, and can only happen when an issue comes along that is bigger than and unrelated to what came before. An issue like an epidemic of rage at where the world is going. It’s not unique to Britain, obviously, but no place is it playing out quite like this.

On one side today sit the angry ones, supporters of going ahead and leaving the European Union.  Many of them do not support May’s deal with the EU, considering it a sellout on various counts. They come in various shades of exuberance but it seems many would risk a calamitous no-deal exit in order to proceed unimpeded with the plan.

My sense is that this group is in the narrow minority right now.  Age demographics make this minority shrink further by the day, since the youth widely despise  Brexit (they prefer to party visa-free in Ibiza and seek employment unencumbered, wherever around Europe such a thing might still be found.)

As regards strategy, these youth and the other opponents of Brexit fall into several camps as well. My sense is that most would prefer the u-turn to take the form of a second referendum.

The argument would be that the 2016 vote (which Leave narrowly won) was theoretical, was obediently followed by politicians doing the hapless best they could, and the actual outlines of the rupture are now both clear and unenticing.

Some among the “Remainers” are earnestly respectful of the first vote in a way that would never fly in results-oriented societies like the United States or Israel. In Britain the feeling that one “musn’t grumble” and the instinct to “just get on with it” remain  strong.  But most would welcome any means to make the nightmare go away.

Why stay in the EU? Sure, it’s silly to think Portuguese will be transformed into Europeans first in the way that Michiganers are mainly American; language hinders that. But the European Union kept the peace for generations, created tremendous economies of scale and fixed the major problem of nationalist insanity on the continent. It is dispiriting that these benefits are so carelessly cast aside.

Despite the existence of two clear camps on the definitive issue of the generation, there are no parties representing either.

Many Tory parliamentarians are Remainers who dare not speak their name (so was May once). But the party is formally committed to the course former leader David Cameron set in motion by agreeing to a referendum to quiet his nationalist fringe (without thinking that they somehow might prevail). The party is divided on the issue and so can further no side, except the cause of looking ridiculous.

As for Labour, there is a clear majority of Remainers among their voters and their parliament ranks, alongside a not-insignificant minority that supported Leave. Yet even some who did not, and voted Remain, show little inclination to fight on account of being so civilized.

On the margins of the argument there is the hard-won peace in Ireland, now imperiled, and the Scots fumingly muttering about an independence referendum once more (they elected to stay in the United Kingdom a few years back after being told by London spinmeisters that if they left they would have trouble being admitted to the EU; yes, indeed).

Former PM and Labour leader Tony Blair has eloquently argued for a second referendum but to no avail. He is still toxic here due to his miscalculation in following George W. Bush in invading Iraq (in an interview with me in 2005 he interestingly suggested that someone had to be attacked after 9/11 and Saddam Hussein was simply the most plausible target).

In recent days Labour leader Jeremy Corbyn finally mumbled something about a second referendum — in the halfhearted style of a politician being squeezed. Corbyn disdains the EU as capitalist and seems contrarian toward “the elites.” In a wider level he’s objectionable to many Remainers on account of his amity with the likes of the Castros and Hugo Chavez and a bewildering appreciation of militant Mideast groups like Hamas and Hezbollah. Many fear as well that he’s serious about nationalization schemes unheard of since Mitterrand’s France.

The Liberal Democrats are an anti-Brexit party but they’re discredited by other things like witlessly enabling the rule of Cameron in 2010, and the renegades who quit Labour a few weeks ago (charging it with anti-Semitism among other things) are cast in the unenviable mold of a fringe. It’s a two-party system in Albion.

Something may still happen by March 29 — May wants to hold another vote on an amended plan and her Tory opponents may fold — but the greater likelihood seems a delay. There may even be a general election. And what then? While plenty of people want to punish the Tories for causing this disaster most feel they have nowhere to go.

The whole catastrophe is a source of much bad feeling, so there is little to be done but to “go down the pub.” And that’s what I did with my old buddy Chris. He is a thinker (author of an important book), a lad of sorts, and a man of the people, in his dotage, as well.

I reject the notion that one must belong to a place to have a point of view. I have views on North Korea and Venezuela and you may have a view on Kosovo and I invite everyone to weigh in on Trump. It’s called freedom of speech. So I freely shared my thoughts on Brexit. He supports it no matter what, because there are too many foreigners about. He has a point: Britain, because of English,  is a magnet.

Does this include me? I wanted to inquire. But some things are best not actually discussed. Respecting local custom, with a modicum of reverence in fact, I arose in turn to get the round.