The city of angels has a hell of a problem, and the golden state is decomposing in midst of a massive homeless and infectious disease crisis.

On February 14, Housing and Urban Development (HUD) Secretary Ben Carson was in Los Angeles for a summit on homelessness, which has also become a public health concern. In a rare gesture of appreciation and camaraderie, former California governor Arnold Schwarzenegger, who is known to be a frequent critic of President Trump, expressed gratitude towards his administration for joint efforts to combat the crisis.

California, despite being one of the highest-taxed and biggest-spending states in the US, boasts homeless and poverty rates that are among the highest in the nation.  According to new census figures, 1 in 6 residents live in poverty, and California’s Gini coefficient—a measure of inequality—is identical to that in the Republic of Congo.

Given the unsanitary conditions homeless encampments foster—trash, used hypodermic needles, human waste, and explosion of rat and flea population—California is experiencing a resurgence of infectious disease some of which have not been seen since the Medieval ages—typhus, typhoid fever, hepatitis A, tuberculosis, staph, and the presence of Bubonic plague.

The rat population in downtown Los Angeles has grown so massive that it is overrunning office buildings.  Last year, Los Angeles Police Department’s (LAPD) downtown station was plagued with rats and other vermin infestation with one employee contracting typhoid fever, while infestation in City Hall also led to an employee contracting typhus.  But long before the rats began invading civic departments, Los Angeles was already dubbed the “City of Rats” and had 167 reported cases of typhus in 2018.

With an exploding rat population that is out of control, what is most concerning of the various infectious diseases they are carrying is the presence of Bubonic plague in California.

According to public health information provided by Los Angeles County, Bubonic plague in California is found in most parts of the state except the southeastern desert region and the Central Valley. 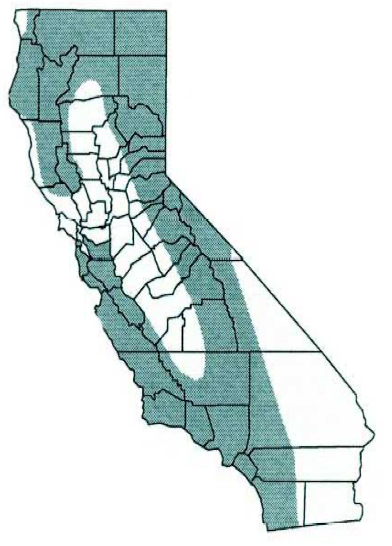 Wild rodents in rural areas are the principle source of plague in Los Angeles county, and since 1979 there have been three cases of human plague contracted within the county—two of which were through rodent fleas and the third from a pet cat infected with the plague. Currently public health authorities have detected evidence of plague in both feral and free-roaming domestic cats, which prey upon rodents infected with the plague or transport plague-infested fleas.

However, with diseased flea-infested rats now spreading from rural areas to urban centers among the homeless encampments, an outbreak of the Bubonic plague is a real concern.  Some doctors are already sounding the alarm about a potential threat of the plague in Los Angeles following the outbreak of Typhus.

Back in July 2019, Fox News medical correspondent Dr. Marc Siegel warned Los Angeles is reaching a tipping point for the spread of the plague given they are already found on fleas in the rodent population. Internist Dr. Drew Pinsky shares this concern, noting the combination of rat proliferation, poor sanitation, and lack of health care to treat diseases among the homeless population is the perfect recipe for a Bubonic outbreak in the City of Angels.

Minimizing the trash and rats would help in reducing the rate of infection. But strangely, California is proposing to ban the very effective anticoagulant rat poison due to environmental lobbyists, which translates to more rats and more cases of the plague.

Other organizations have chimed in to warn the public but are frustrated at the lack of urgency exhibited by California state officials.  Currently the immediate risk is amongst the homeless population, but when an outbreak occurs, the mansion walls of Beverly hills won’t be able to keep them out.

In the face of the current coronavirus scare that has injected a new sense of urgency and brought pandemic diseases to the forefront of public consciousness, this presents a timely opportunity for California state and federal officials to work together in tackling the homeless and public health crisis in the golden state.

It could also be a chance for Beijing and Washington to set aside their differences, and work together to jointly combat the shared threat of global pandemics, similar to Trump and Schwarzenegger’s current detente.  Because given the last Bubonic pandemic killed 50 million people worldwide during the Middle Ages, if there is another outbreak of a plague pandemic that is coupled with 21st Century modern transport, this would have devastating consequences beyond those of SARS, Ebola or the Coronavirus.

About the Author
Dr. Christina Lin is a California-based academic and consultant specializing in China-Middle East relations. She has extensive US government experience working on national security and economic policy planning, including at DoD, State, and NSC where she also managed CFIUS cases.
Related Topics
Related Posts
Comments