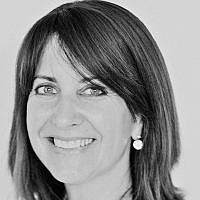 The Blogs
Doreet Freedman
Apply for a Blog
Advertisement
Please note that the posts on The Blogs are contributed by third parties. The opinions, facts and any media content in them are presented solely by the authors, and neither The Times of Israel nor its partners assume any responsibility for them. Please contact us in case of abuse. In case of abuse,
Report this post. 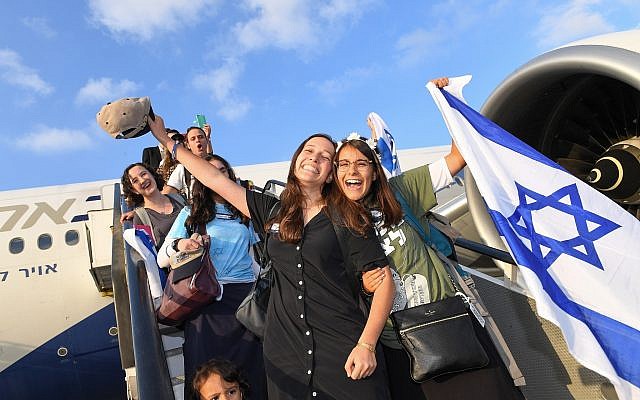 Israel is a country that has been built by immigrants for almost 70 years — not only brick by brick, but also soul by soul. And as much as olim lay the foundational groundwork of the country, Israel continues to rely on olim to survive and thrive.

Twenty years ago, moving to the Jewish state from North America was viewed as either insane idealism or idealistic insanity. The numbers bore that out with an over 60-percent aliyah failure rate. The subject of aliyah triggered horror stories about painful bureaucracy, culture shock, the difficulty of life in Israel, and stories of family members whose immigration failed.

Now, as we celebrate 70 years of Israel, the conversation about aliyah has changed.

Not only has North American aliyah doubled, but 90% of immigrants from that continent stay in Israel within three years of their aliyah.

What ignited this enormous shift in the success of aliyah?

It can all be traced back to one Shabbat table conversation.

In August 2001, the week before my husband Binny and I were due to leave Israel for South Florida on a three-year relocation assignment, Binny stopped at the infamous Sbarro pizzeria in Jerusalem for lunch.

Unlike so many others who were there the day the bombs exploded, Binny walked out with his body intact — our souls changed forever. A few weeks later in Boca Raton, Florida, we found ourselves at the Shabbat table of Rabbi Yehoshua Fass, who along with Tony Gelbart had just founded the Nefesh B’Nefesh organization in response to his own tragedy: the murder of Rabbi Fass’s young Israeli cousin in a terror attack near Petach Tikvah.

As Jews, our visceral response to tragedy is to build. We talked at that Shabbat table about what was preventing North American Jews from making aliyah and from staying. It came down to the erroneous assumption that Americans had everything — that they didn’t need any help navigating the job market, managing the mounds of daunting bureaucracy in Hebrew, and integrating successfully. The reality, though, was very different. Doctors couldn’t get through their licensing paperwork for months on end. Parents of special needs children could not get the care their families needed. Invariably, when the going got tough, they left.

That Shabbat in Florida, we discussed the need for a “start-up aliyah initiative”: to apply a business prototype to a governmental mechanism. In order to invest in the success of immigration to Israel, we needed to provide support and guidance to Olim — from the moment they entertained the idea of Aliyah to their arrival and integration into Israeli life.

In just three years after launching Nefesh B’Nefesh, the numbers already spoke for themselves: not only was our model working, but it was also gaining historic government recognition and the mandate for the facilitation of North American aliyah.

In 2009, Deloitte Brightman Almagor Zohar conducted an in-depth analysis of the economic impact Nefesh B’Nefesh olim had made at that point upon the Jewish state.

The results were staggering.

The economic benefit to Israel by the Nefesh olim was measured at $420 million.

That number was not based on the assets immigrants brought with them.

It was based on the assets that they became to Israel: their contributions both professional and economic, the taxes they paid, and the increased tourism they brought.

Altogether, it created a return on investment of 420% to Israel’s economy — an investment that now, nine years after our analysis with close to 57,000 Nefesh olim to date, has brought more than $1 billion of economic benefit to Israel.

Ultimately, though, the return on aliyah cannot be measured monetarily or based upon any other metric. It’s a return measured in the Zionist dream that we are building today for our collective future, because the future matters. As Jews, we are mandated to leave a legacy — to build, not just for ourselves, but for those who haven’t yet been born.

It was this imperative that acted as a catalyst for building Nefesh B’Nefesh.

We are overwhelmingly blessed. Not only do we get to decide how to safeguard Israel today but we get to create a foundation for the next generation. Over half of the 224 olim on our Israel@70 Flight this summer are children, representing our hope for the future.

Where we once planted trees to build a homeland, we now plant people. By investing in aliyah, we’re investing not just in Israel’s land, its buildings, its infrastructure, but in its people — those we’re helping to bring, those already in Israel, and those who will come in the future. This is the national calling of our generation; this is our legacy.

Each of us, no matter where we reside, has a role to play in Israel’s unfolding story.
Each of us can participate in this conversation. Each of us are shareholders in this renaissance.

Together we are building Israel’s future, one soul at a time.

About the Author
Doreet Freedman is the Vice President of Partnerships and Development for Nefesh B’Nefesh. She was part of the founding team of the organization and resides in Israel.
Related Topics
Related Posts
Comments