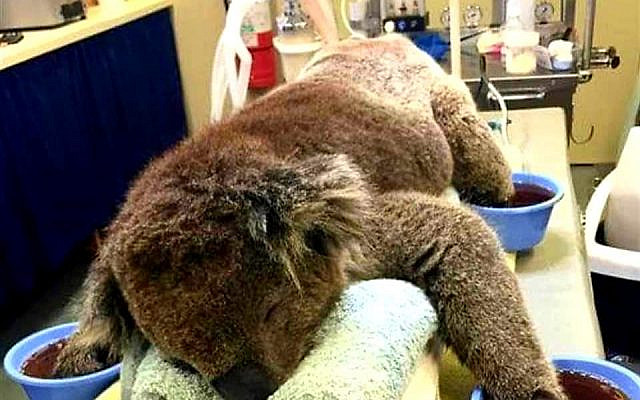 Amongst Jewish Hasidic legends there is a story that in 1812 on Napoleon Bonaparte’s ill-fated invasion of Russia, the Grande Army encamped one night in the shtetl of Kozhnitz where one of the great Hasidic sages Rabbi Yisroel Hopstein (the Kozhnizter Maggid) served as spiritual leader. The tale goes that in the dead of night a fire broke out within the town and Napoleon hastily assembled the village leaders in ensuring a speedy evacuation and extinguishing of the fire.

However, to Bonaparte’s surprise the village heads informed him that Kozhnitz had no fire brigade or evacuation policy, but rather solely relied on the local rabbi for the town’s safety. Dumbfounded, Napoleon exited his tent and saw the Maggid of Kozhnitz approaching the blazing inferno, draw out his prayer book and mutter some psalms causing the flames to suddenly cease and evaporate.

Months later upon suffering his famous defeat at the hands of the Russian winter and army, Napoleon and his fledgling battalions again encamped in a village in Galicia in which another fire broke out. Ignoring calls to summon the fire brigade, Napoleon demanded that they bring before him the local clergyman in which he promptly demanded of him to extinguish the flames as witnessed in Kozhnitz. Flabbergasted and flustered, the local preacher tried to explain to the French Emperor that he did not have within his capacity such supernatural powers. Seething and enraged Napoleon retorted “a leader who cannot extinguish the flames amongst his community, is not a leader at all.”

As lighthearted and humorous this anecdote is, I think that this story can resonate with us not only because in Australia we are currently battling nation-wide, horrendous and grueling bushfires, but also because of its pedagogical message about the wider role and social responsibilities of the Jewish people.

The Jewish nation has many names and titles, however the most common is ‘Yehudi’ derived from the name ‘Judah -Yehudah’ who is blessed with leadership by his dying father Jacob in this week’s Parsha. However Yehudah’s name is also derived from the word ‘Hodah’ meaning thankfulness, as his mother Leah declared upon his birth “this time, I shall thank the Lord!”

However the title of ‘Yehudi’ is no mere name but also a description, ensuring that thankfulness and appreciation are engraved in our character traits. Arguably, many other people are not as fortunate as us to call Australia home and haven. Australia is not only one of the few rare places that accepted Jewish refugees, but a country which has always supported and assisted the flourishing and continuation of Jewish life.

Nevertheless, this thankfulness and appreciation that we all have towards the Australian egalitarian society is one that also obligates action. As seen this week from the many donations by Jewish families, organizations and leaders (such as the $1 million donation by the Gandel family) for aid to the victims of the current bushfires, it is imperative for us to take charge and lead in the betterment of the Australian-wide society.

It goes without saying that this obligation goes further than quelling the physical fires plaguing a country, but also it’s social. As the prophet Isaiah said “seek justice, correct oppression; bring justice to the fatherless; plead the widow’s cause.”

The prophet’s words aren’t mere additional commandments dictated in the Torah, but rather the very fibres that uphold our identity.

This Friday evening if you are in Melbourne join us at the Ark Center to pray for the betterment of Australia and those affected by the continuing bushfires.