I have an ambivalent relationship to the Talmud. I do not have a gemara kup, i.e., the kind of mind that has the ability to follow the enormous multitude of 10-step back-and-forth logical argument. Nor do I have the patience. Only years later this was diagnosed as classic ADD. 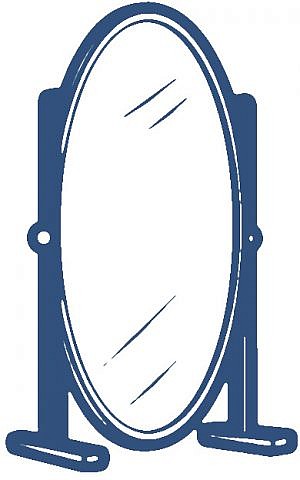 However, I did pay special attention to the stories, lyrical passages, metaphors (even strange ones), hyperboles, and especially biographies of the personalities in the Talmud. Many scholars – among them some of my friends — have written thorough biographies of the rabbis, their families, and others in the Talmud, but, as a poet, I’m only interested in a few miscellaneous, stray details:

A. We all know that the Rabbis in the Talmud were intellectually bright, some among them even true geniuses.
B. They no doubt would have scored very high on their SAT’s in the verbal, though I don’t know about their math scores.
C. In our day, they all would have been Harvard, Yale, or Princeton material. Only a few would have actually made it because of these universities’ aversion to too many Jews in the student body, The notorious numerus clausus – alive and well even hundreds of years ago – would have excluded many.

There are stories that stick with you, like Goodnight Moon, heard many times as a very young child and one can still recite well into old age. For some of my personal favorites I can even pinpoint the exact page in the Talmud (out of 5,000+) without resorting to the computer database.

To our specific topic: Any thriller, detective, or spy novelist always describes in full detail the physical appearance of the major players. The Talmud does this sparingly.

TWO EXAMPLES:
A. The third-century Torah giant Rav was very tall and referred to at times as Abba Arika, tall father. (We would say ‘big daddy’.) What was it like studying Torah with someone who physically towered over you? And for the linguistic “fun fact” for the day, this is the modern Hebrew term for a daddy longlegs spider.

B. Reference is made of the distinguished sage Rabbi Akiva being bald. Now, I personally am not one of the males who is comfortable with his receding hairline and expanding bald spot. So, in my imagination, when the rich boss’s daughter, Rachel, picked this poor (and no doubt odoriferous) shepherd out to be her husband and eventually assume his Real Self as Rabbi Akiva, I picture him with a full head of dark hair beautifully combed, despite his job’s working conditions. Only later on “the bald one” would be appropriate.

Now to the biographies – ONE EXAMPLE:
A1. (Bava Metzia 84a) One day, Rabbi Yochanan, known throughout his community for his extremely physical beauty, particularly his inordinately striking skin color, was bathing in a stream.

A2. Out of nowhere, Resh Lakish, a Jewish gladiator, jumps in. (A few decades ago, we could picture him at the scrimmage line opposite the legendary Bronko Nagurski – and holding his own. In today’s world, we might picture Resh Lakish on an advertisement for a gym, bulging muscles and six-pack abs and all.)

B. We do not know what Abba and Eema Lakish thought of her son’s work, but nowadays, and, of course, less potentially lethal, the Jews have done pretty well in sports:
a. Sid Luckman, Hall of Famer, star linebacker for Columbia then quarterback for the Chicago Bears
b. Dolph (for Adolph) Schayes, Hall of Famer, legendary basketball player for the Syracuse Nationals from 1948-1964. I once spoke at a week-end at Temple Adath Yeshurun in Syracuse where he was a member. When the congregation stood up for Aleynu, at 6’7” it was
not difficult to pick him out of the congregation.
c. Of course, the incomparable Sandy Koufax, and most recently, in the 2018 All Star Game, the winning home run was smacked by Alex Bregman, one of ours.

C. They had a brief, clipped conversation, two Aramaic words each — though translation demands many more words:
a. Resh Lakish to Rabbi Yochanan, “Such beauty should be used for enjoying women.” Rabbi Yochanan’s response, “Your strength should be applied to Torah.”
b. To some who have read the story, this appears to be a classic non sequitur. In the ancient world of the Talmudic Rabbis, while a bit sudden and jarring, it probably made sense.
c. Something in Rabbi Yochanan’s tone of voice and where Resh Lakish was at that moment in his own life meshed and the gladiator spent years in Torah study as Rabbi Yochanan’s student, friend, and teacher.

I will spare you the unhappy ending to the story since that was not my purpose in writing this. I only wanted to point out that, in my opinion, it is worthwhile to pay attention to some ostensibly minor details, as with the rabbis I mention above. Using our imaginations, we may derive some element of meaningful Torah and Jewish values.