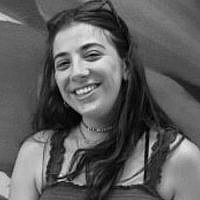 The Blogs
Amit Rau
Apply for a Blog
Please note that the posts on The Blogs are contributed by third parties. The opinions, facts and any media content in them are presented solely by the authors, and neither The Times of Israel nor its partners assume any responsibility for them. Please contact us in case of abuse. In case of abuse,
Report this post.

How has antisemitism on social media impacted six Jewish teens?

Since the most recent conflict in Israel, there has been a major spike in antisemitism. Social media is flooded with infographics that range from criticism of Israeli policy to antisemitic tropes. These infographics often use factually inaccurate buzz words that perpetuate antisemitism.

In response to this antisemitism, Jewish teens have become more active in various ways. Some engage through social media, while others resort to quieter, more personal protests such as wearing their Star of David necklaces.

I interviewed six Jewish teens from four countries to learn about their experiences with antisemitism and activism, their challenges may have been different. However, two common themes emerged from their interviews. Firstly, the hatred they saw pushed them to become more active (each in their own way). Secondly, these teens see anti-Zionism as a form of antisemitism.

Although many of these posts and infographics claim to be speaking up for minorities, they often include misleading and false information about Jews and Jewish history, Israel, and Zionism. They may claim to be “anti-Zionist, but not antisemitic,” yet they frequently spew antisemitic tropes. Such posts reflect Israeli politician and Soviet Union’s refusnik Natan Sharansky’s test of the three criteria of antisemitism pertaining to messages: Demonization, Double Standard and Delegitimization of Israel.

Alison Christmann-Vener is an 18-year-old AJC (American Jewish Committee) Leaders for Tomorrow alumna from Atlanta. What motivated Alison to become active is having a voice, “because if I don’t post about it, who will?” In her interview, Alison highlighted the difficult position that a typical Jewish teen is in when they are targeted on social media. She believes that putting one’s voice out for the world to hear comes at a price. “Jewish people are forced into the position of repeatedly having to defend themselves,” she said.

Leon Cohen is a 17-year-old StandWithUs intern, AJC Leaders for Tomorrow alumni, Project Understanding, and Black/Jewish Coalition alumni from Atlanta. Leon started engaging in activism at a young age when he realized that he was different than those around him. This drove him to stand up for other Jews like him. Between advocating for his own and for those who look different from him, Leon’s activism reflects the famous quote by Rabbi Hillel, “If I am not for myself, then who will be for me? But if I am only for myself, what am I? And if not now, when?”

“We’re not going to completely prevent antisemitism no matter how hard we try and we’re not going to change anyone’s opinion, but we can educate and influence people,” he says.  Leon believes that we may not be able to change antisemitism, but we can influence the future and condemn the hate we see in the world. In closing his interview, he stated, “I want my children to have Jewish identities, deep connections to Israel, and grow up in a society with a strong Jewish community.”

Shira Herscovici is 16 years old and is in the process of moving to Atlanta from Kiryat Bialik, Israel. She will be participating in AJC’s Leaders for Tomorrow program this year. She underscored two ways we can prevent antisemitism. In addition to having discussions with people who have differing viewpoints, she believes there is great value in creating informative campaigns on social media that educate people on the conflict. Shira closed the interview with a message by expressing the “value of giving [teens] tools and resources, but most importantly, the confidence to speak up.”

Nelly Zerbib is a 19-year-old StandWithUs intern, LFT alumni from Boston. Growing up, she moved around often. Her childhood was spent in four countries: the US, France, Switzerland, and Israel. Much of the antisemitism she faced was correlated with these frequent moves throughout her childhood. She originally chose to study at McGill University, but ultimately decided not to, due to the rampant antisemitic incidents that occurr at the university. Nelly has personally seen the demonization of Israel on two social media platforms in particular: Instagram and TikTok. She often thinks about fleeing back to Israel whenever she is targeted with such hate. Nelly closed her interview with her personal wish, “We must be more mindful to the people around us – those who are not hateful, but are simply unaware and do not know. It is our job to provide the resources and tools for them to learn.”

Aaron Gilboa is a 19-year-old from Ottawa, Canada. He shared that he has seen the rise of antisemitism on a personal level in attacks of his religious beliefs. He also reported frequent use of antisemitic slurs both in person and on social media. He added on, “It has made me want to spread awareness.” Addressing social media, he said, “the problem is that people simply read the headline and then scroll past it onto the next story.” Aaron often feels uncomfortable and scared telling people that he is Jewish because of the mound of antisemitism in Canada, but that “It is important to remember that we have our homeland and a place that we can always move to and live freely in.”

Sienna Cohen is a 17-year-old from London, United Kingdom. She believes that through honest and open conversations , we can prevent antisemitism in the future. Sienna’s message for her fellow Jews experiencing antisemitism is, “Teenagers need to be given a voice, for them to speak out about what is wrong and how they think they might be able to change that. I think for something to happen you must teach yourself the facts and influence others. If you believe in something strongly and know the facts around it, then you should speak up and let others hear from you.”

In short, the rapid rise of antisemitism on social media platforms has brought about much false information and hatred in many ways, due to unfortunate circumstances. Because social media plays such a prominent role in teenagers’ lives today, many Jewish teens find such misinforming and even hateful posts very difficult to avoid. Although antisemitism has become such a prevalent issue among Jewish teens on social media, many of these teens claim it has influenced them to become more involved in Jewish activism. These teens see it their mission to combat what they view as a dangerous trend.

About the Author
Born and raised in Atlanta by an Israeli mother and American father, Amit Rau grew up with a culturally diverse background. She is a rising senior at The Weber School, with plans to join the IDF after graduating. In her spare time, she enjoys cooking, being with friends, and listening to Waze directions in Hebrew.
Related Topics
Related Posts
Comments
Advertisement