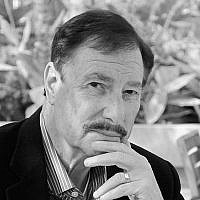 The Blogs
Harley Frankel
Apply for a Blog
Please note that the posts on The Blogs are contributed by third parties. The opinions, facts and any media content in them are presented solely by the authors, and neither The Times of Israel nor its partners assume any responsibility for them. Please contact us in case of abuse. In case of abuse,
Report this post.

Now that the Netanyahu Era has ended, the Palestinians can have their own independent Palestinian State by saying one word. That word is YES!!

Over the past 80 years, the Palestinians have been offered a Palestinian State on at least SEVEN occasions by either Great Britain, the United Nations, the United States, or Israel.   All were turned down by either The Grand Mufti of Jerusalem (who lived in Berlin with his ally Adolph Hitler during WW2), or Yasser Arafat or Mahmoud Abbas. It should be noted that Israel agreed to all SEVEN of these compromises.

During this century the most thorough of these was the Camp David proposal negotiated by our brilliant Ambassador Dennis Ross and President Bill Clinton.

Under their leadership, we came very close to ending the Palestinian-Israeli conflict in 2000. Israel agreed to the American compromise providing for two states and a Palestinian Capitol in East Jerusalem. Palestinian President Yasser Arafat had to decide whether or not to be a Statesman like Nelson Mandela. He chose not to and said NO!!!  The Israelis offered similar terms in 2001 and again in 2008.

All Abbas has to do is “pull a Sadat’ and say “YES” to a blending of these three most recent attempts to establish a Palestinian State. (There is no need for additional negotiations.) The blended terms follow:

As indicated above, Abbas should ‘pull a Sadat” and shock the world by saying “YES” to these previously-negotiated and very fair terms. Abbas will be 86 years old in November. What has he got to lose?

If Israel embraces his “YES,” he will be the first President of Palestine and will always be remembered as the Father of His Country.

If Israel doesn’t accept his “Yes,” he will have demonstrated to the world that Israel is the reason there is no Palestinian State—not the Palestinian reluctance to say YES and refusal to co-exist with a Jewish State.

My personal view is that at least 65% of the Israeli public would be thrilled to finally live at peace with the Palestinians and would welcome Abbas’ “YES.” When it’s a matter of real PEACE, Israel has always made large concessions. When Sadat surprised the world by flying directly to Israel in late 1977, he demanded that all of the Sinai be returned to Egypt including the strategic depth that had saved Israel from a military defeat only four years earlier.

As everyone remembers, Sadat launched a devastating surprise attack on Yom Kippur—Israel’s Holiest Day. Most people believed that the far right-wing Government of Menachem Begin would never relinquish all of this strategic depth.

But for PEACE, Begin gave up all of the Sinai, destroyed his Sinai settlements and relinquished the only domestic oil supplies that Israel had. That’s how badly he and the Israeli public wanted peace.

There are a couple of other examples demonstrating how important peace is to the Israelis. After their astounding victory over Egypt, Syria and Jordan in the 1967 Six-Day War, Israel offered to give back The Vast Majority of the Occupied Territories for peace. The Arab nations met at Khartoum and said NO NEGOTIATIONS AND NO PEACE.

And very recently, when several of the Gulf countries recognized and established relations with Israel under The Abraham Accords, the Gulf nations had one important condition: They demanded NO ANNEXATION OF THE WEST BANK—which Netanyahu was rumored on the verge of doing.

Of course, for PEACE, Israel agreed.

Well it’s up to Mahmoud Abbas. If he says “YES,” he can become a hero to the Palestinian People. If he doesn’t, he will go down in history as another failed Palestinian leader.

About the Author
Mr. Frankel has been to Israel over a dozen times and follows the Mid-East very closely. As a Senior White House Aide, he sat on the Dais during Anwar Sadat's last visit to Israel. He has held challenging positions in Education, Early Childhood, Native American Policies, State Budget Director, and General Manager for The Portland Trail Blazers. His strength is developing and implementing innovative strategies to solve challenging problems that conventional approaches fail to solve.
Related Topics
Related Posts
Comments
Advertisement