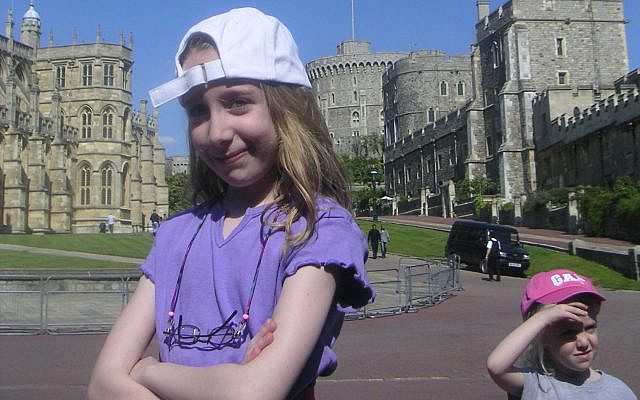 In the strangely brilliant film “Monty Python and the Holy Grail,” King Arthur presents himself to a group of skeptical peasants who are busy picking at piles of filth. They have no idea who he is.

“I am Arthur,” he imperiously declares. “King of the Britons!”

“Who are the Britons?” asks one of the peasants.

“Well, we all are,” Arthur replies. “We are all Britons. And I am your king!”

I understood this better years later when I lived in Britain in the swinging 2000s, when London felt like the capital of Europe if not the world.  There were many sure-fire ways for an interloper to make oneself appear ridiculous there, including faking a local accent. But the surest was to refer to Britons as Britons.

Even the term Great Britain, favored (favoured) by Americans, was out of favor. Everyone seemed to prefer the United Kingdom. The difference, to the uninitiated, is that the UK includes Northern Ireland. Of all of England’s junior partners, I sensed Northern Ireland, after all the troubles they took to retain it, was the piece of the puzzle they cared about most.

No matter now, though. Yesterday’s Conservative election victory, in guaranteeing a breakup with the European Union next month, has set in motion a series of events that may well blow apart the country by whatever name you call it.

Scotland voted down independence in its 2014 referendum by 55% to 45% largely on the now ironic argument that leaving the UK would involve the calamity of leaving the European Union, which frowned on secession and might then give it cold shoulder. Now the UK itself will drag Scotland out of the Union. As a result the Scottish National Party vastly improved its performance to win 48 of the 59 seats in Scotland, leaving the Tories with 6, the Liberal Democrats with 4 and the formerly all-powerful Labour Party with a measly single seat.

SNP leader Nicola Sturgeon has already declared that Boris Johnson’s victory means there is now a moral mandate for a second independence referendum. That will set up a fight with London. which would normally have to agree. But having rammed Brexit through with such little finesse, London will have no moral mandate for holding onto Scotland by force.

Scotland will face other complications, especially involving the currency. As a country it will not meet monetary criteria to adopt the euro very quickly and keeping the pound in the European economic area will not be simple either. But expect the EU to make it a matter of principle and schadenfreude. No one should be surprised to see an independent Scotland welcomed to the EU within a few years.

Almost everyone I knew in London once hated the idea of Scottish independence, and I myself was delighted to see the independence movement crash in 2014. That picture has flipped. I’m sure most of them this time will totally understand, and I certainly wish Scotland well.

And really, the whole thing does make a kind of sense. When I visited Edinburgh I was quite surprised at the antipathy towards the English, which attached to me even as a temporary “Londoner.” In Glasgow I found them near-incomprehensible, and the feeling was mutual. The National Museum of Scotland, a otherwise enchanting place, contained dispiriting and rather obsessive evidence of centuries of cruel oppression by the English.

In the year of my most passionate fanhood of the Premier League, the dominant club managers were Arsenal’s Arsene Wenger of France, Chelsea’s Avram Grant of Israel, and Manchester United’s Alex Ferguson. The least likely of them to support England at the World Cup was the Scot, even after they made him a knight of the realm. I thought that unsporting.

But now I understand.

Something similar may take place in Wales, where the independence movement is weaker, but growing. Labour, which vaguely supported a second referendum on Brexit in this week’s vote, won 22 seats, including everything in and around the capital Cardiff, where politics is driven. The Plaid Cymru party advocating independence won 4, and the Tories just 14.

I remember I was truly shocked, when visiting Wales, to discover the Welsh language was not just a real thing, but also appeared above English on the signs along the “motorway.” When I asked locals why this was, they seemed confused about the question.

And then there is Northern Ireland, which is a disaster just waiting to happen (again). The so-called Irish “backstop” was at the heart of what bedeviled the Brexit deal to date. Too complicated to properly explain here, it amounts to the fact that Britain and the EU will need to have a border, but no one wants a border bisecting the island of Ireland.

Various unwieldy workarounds have been discussed, including some involving supposed technologies. But a border is a border. Brexit will create possibly irresistible momentum for an eventual integration of Northern Ireland with the Republic of Ireland. The Catholics in Northern Ireland will be happy with unification. And as for the protestants, uncomfortably analogous to Israel’s Jewish settlers, the last thing they needed was this needless complication.

The Democratic Unionist Party supporting British identity lost its majority in Northern Ireland Thursday to nationalists and Brexit opponents for the first time. The next day the Sinn Fein nationalist party called for an Irish unity referendum; expect this noise to get louder.

What is logical on the map is often logical in life.

It was never an marriage of equals, anyway. England’s population is a packed 55 million compared to 5 million in Scotland. Wales is just 3 million and Northern Ireland about 2 million.

“Little England” is a term that references nostalgia to a simpler past, tinged with xenophobia. It will attain a more literal meaning in coming years. England’s large population is packed into an area not that much larger than Scotland.

Brexit will almost certainly be remembered as a terrible mistake. “Leave” passed by a whisker in the ill-advised 2016 referendum after a campaign that was full of lies and confusion. The youth who must deal with it the most hate the idea of restricted access to Europe — it was basically a nostalgia fit by baby boomers. They didn’t like unelected bureaucrats in Brussels and they wanted England to stay English (a genuine risk) — but they also failed to grasp the realities of global economics and showed more than a hint of racism.

A second referendum to confirm the actual — and rather unpopular — deal was prevented illogically.  And Johnson won yesterday largely because he had the easiest conceivable opponent in Jeremy Corbyn, whose socialist extremism, tendency to speak fondly of terrorists, and brushes with anti-Semitism were simply just too much.

Now all manner of pain will follow, including years of painstaking disentangling from the EU, trade pact appeals to the Americans and others with hat in hand, peril to the beloved National Health Service and economy, the above-predicted secession movements, and perhaps an undignified attempt by England to return a few decades down the line, when the youth at last take power. It gives me no joy to say it, but mistakes have a price.

In the film, the peasants dismiss King Arthur’s proffered bona fides, involving a “Lady of the Lake” who “held aloft Excalibur from the bosom of the water.”

“Well, I didn’t vote for you,” says a peasant woman, as Arthur protests that “you don’t vote for kings.”

England’s partners in the United Kingdom did not vote for Brexit. 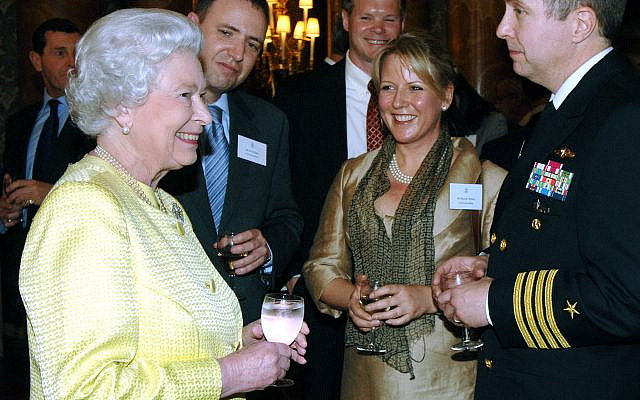 Drinks with the Queen of the still-United Kingdom
About the Author
Dan Perry is the former Cairo-based Middle East editor and London-based Europe/Africa editor of the Associated Press, and served as the chairman of the Foreign Press Association in Jerusalem. A technologist by education, he is the Chief Business Development Officer of the innovative ad tech company Engageya, and Managing Partner of the award-winning communications firm Thunder11. Follow him at twitter.com/perry_dan www.linkedin.com/in/danperry1 www.instagram.com/danperry63 https://www.facebook.com/DanPerryWriter/ https://muckrack.com/dan-perry-22
Related Topics
Related Posts
Comments