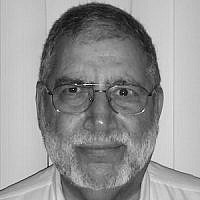 A JTA article by Ron Kampeas reports that hundreds of US Jewish clergy have pledged to block ‘extremists’ in Israeli government from speaking in their communities.

Wow! I’d even say.. unbelievable…  but sad to say that it is very believable.

First, some déjà vu. The year was 2001 and Ariel Sharon became Israel’s Prime Minister. Many in the American Jewish Community, especially in the Reform and Conservative communities, reacted in horror. How could a ‘terrorist’ or ‘extremist’ become the PM of Israel? Many were distraught by what they saw as a defeat of the peace process between Israelis and Palestinians.  Sharon, in fact, gave back Gaza to the delight of those who were upset at his election.

Now, twenty-one years later, we are hearing some of the same angst from the same group. PM-elect Netanyahu’s new government will destroy Israel. Over 300 American Jewish Clergy have called for a boycott of certain members of the new Israeli Knesset – calling them ‘terrorist’s and/or ‘extremists.’ It is not surprising that one of the leaders of this effort is Rabbi Jon Rosove (Los Angeles), a top leader of the anti-Israel JStreet, and who in a 2014 blog (since scrubbed) compared Israel to a addicted drunk (see Rabbi Pina Dunners’ response to Rosove: https://rabbidunner.com/defending-israel-from-the-attacks-of-a-reform-rabbi/)

If the Clergy who signed on to this effort had any seichel (common sense) they would not call for a boycott, but invite these MKs to speak at their institutions so that their membership/followers would hear, first hand and not through the lenses of the media, what these elected Israeli officials believe in. AND.. as importantly to give the MKs a chance to hear, also directly, about the concerns of those American Jews.

A great example of this type of effective and positive communication took place at the Stephen S. Wise Temple (LA) when Rabbi David Woznica held a dialogue with Pastor John Hagee (2008).  The sanctuary was as full as if it were Yom Kippur services – most came with may preconceived – and negative – ideas about Rev. Hagee. After Hagee spoke, and after he answered Rabbi Woznica’s questions, at the end of the evening, Pastor Hagee received a standing ovation from this mostly Reform group of Jews. Not that all of his positions were accepted or minds changed, but they heard him and he heard them.

The call for a boycott and the list of Clergy signing on: https://pdfhost.io/v/ev3CqzNaS_a_call_to_action_for_clergy_in_protest_of_israeli_government_extremists

About the Author
Paul Jeser born in the Bronx in 1945 has been a member of the Jewish Communal Service and a Jewish fundraising professional since 1972. Although not an ordained Rabbi, he organized and ran a Jewish Chaplaincy program in the United States Army in Augsburg, Germany (1969-71). Jeser was an officer with a drug rehabilitation center in Vietnam (1971-72) during which time he was awarded a Bronze Star. In May, 2006, the Hebrew Union College, Institute of Jewish Religion, presented Mr. Jeser the Sherut L’Am award in recognition of his decades of service to the Jewish People. He returned this award to HUC in protest to what he believed to be anti-Israel activities.
Related Topics
Related Posts
Paul Jeser