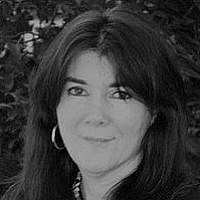 The Blogs
Roz Rothstein
Apply for a Blog
Advertisement
Please note that the posts on The Blogs are contributed by third parties. The opinions, facts and any media content in them are presented solely by the authors, and neither The Times of Israel nor its partners assume any responsibility for them. Please contact us in case of abuse. In case of abuse,
Report this post.

I was honored to be asked to speak at a community Memorial for Eyal, Gilad and Naftali at Nessah Synagogue in Los Angeles, California on July 3, 2014.

Among the speakers were Leehy Shaar, Gilad’s aunt and David Siegel,  Consul General of Israel in Los Angeles .

My speech was a call to action, primarily that we demand that the United States government stop funding Palestinian terrorism.  I refer you to  NoTaxesForTerror.com to learn more and to sign a petition.

I also suggest that you read the new book by Edwin Black: Financing The Flames.

Here is my Speech:

StandWithUs began 13 years ago, and some things have not changed.

On May 7th, 2001, Koby Mandel and Yosef Ishran played hooky from school one day, and they never returned home.   On May 8th, 2001, they were found in the hills of Tekoa,  brutally murdered by teenage Palestinian terrorists.

And it seemed that the media twisted the events and almost blamed Koby and Yosef for their own murders.

And it was clear that most people in the world did not understand that the Palestinian leaders promote institutionalized hatred of Jews, and that those individuals, NGO’s and governments who have been funding the Palestinians never demanded accountability for the way the money had been spent.

And they still dont.

And here we stand again…. with three more lost children of Israel, brutally murdered by those who are taught to hate and kill Jews.

Eyal, Naftali and Gilad….Our three sons were murdered because of the encouragement to hate and murder Jewish people.

The Nazis did it to us.  I lost 80 family members because of hate and incitement.

Promotion of hate, incitement of violence, and we get murder.  It should not come as a surprise to people.

Its a cycle.  An ugly cycle.  And we need to break that cycle.

But tonight we must find our strength and work harder to create change where things have not changed.  Tonight we must DEDICATE ourselves to change.

I want to tell you something very important tonight, in memory of Gilad, Naftali and Eyal.

You and I are paying taxes, and our taxes are being used to fund terrorism like the murder of our three boys.

Let me tell you how.  Its very SIMPLE.

Our government gives the Palestinians 500 million dollars each year.

Of that money, and other money from the EU and European countries, 60 million dollars are used by THE PALESTINIAN MINISTRY OF PRISONERS.

The Palestinian Ministry of Prisoners makes sure that the convicted criminals that are serving time in Israeli prisons are receiving salaries each month.

The Palestinian Minister of Prisoners’ Affairs Issa Karake  recently said—AND I QUOTE— that the salaries are paid “out of esteem for [the] sacrifice and struggle” of those who, under Palestinian laws, are seen as “martyrs,” “prisoners of war” and resisters of “occupation.”

Thousands of dollars are given to each convicted criminal each month.    And the worse the crime, the higher the monthly salary.  The prisoners sign over their checks to their family members or friends.

How can there ever be peace, when terrorism and murder pays so well?

YOUR MONEY— MY MONEY— is being used like this.

In the name of Gilad, Eyal and Naftali, we must  finally say, loud and clear:  MY TAX DOLLARS CANNOT BE USED LIKE THIS!!!

WHO IS TO BLAME WHEN A SUICIDE BOMBER BLOWS HIMSELF UP to kill other people?

The guy who blows himself up?

The guy who drove him to the location to blow himself up?

The guy who made the bomb?

The preacher or teacher who made people angry enough to hate?

Who are the accomplices to murder?  The EU who justifies terrorism and continues funding it?  Or the propagandists who inflame the anger against the State of Israel through the boycott campaigns against it?

Accomplices can also be people who stand idly by and do nothing when they see bad things.

BAD THINGS, like a Palestinian  government, which has INSTITUTIONALIZED hateful racism and incitement… in schools, television shows, newspapers, speeches.

Are there people among us who love Israel but do nothing for Israel?

The time to stand up for Israel is before funerals.  So there wont BE funerals.

The time to STAND UP for Israel is when people misinform others in the newspapers, TV, radio and internet.

When hatred is taught in mosques and in classrooms to Palestinian babies, its time to stand up for Israel and work to stop institutionalized genocide training..

We just burried 3 precious boys.  They didnt have a chance to live their lives.

And we must mourn them but we must also DO something about it, in their names.

We can all do more.  Join us.  Lets work for change— TOGETHER!

Sign a simple petition that demands that our government stop funding Palestinian terrorism.  The website is simple:  NoTaxesForTerror .com   Go there tonight, and sign the petition.  Become part of the solution.

Dear Friends of Israel … we cannot afford be passive in the face of dangerous hatred being promoted against the Jewish people and the state of Israel.

Tonight we must unify and say “ENOUGH.”  Henany.  Here I am…

HERE I AM!!  In the name of Eyal, Naftali and Gilad… I am ready to help change things so that 13 years from now, or G-d willing much sooner, things will be different.

AM YISRAEL CHAI.  Thank you.

About the Author
Roz Rothstein is the co-founder and CEO of StandWithUs, an Israel education organization founded in 2001 which now has 18 offices in the US, Canada, Israel, the UK and Paris. The daughter of Holocaust survivors, Rothstein and her husband Jerry, together with lay leaders such as StandWithUs President Esther Renzer, sought to share the inspiring story of modern Israel with the world, and educate the public about Israel’s achievements and challenges. StandWithUs’ goal is to empower Israel’s supporters globally to be Israel-educators by providing them with training, innovative educational materials, and programs. Prior to founding StandWithUs, Roz spent two decades as a family therapist, licensed in the state of California.  She also worked as the director of family programs at the Westside Jewish Community center and has served on a variety of boards in the Los Angeles area.    StandWithUs has become a leader of Israel advocacy in social media, effective print materials, conferences, and in mobilizing young adults in high school and college who want to educate their campuses about Israel. StandWithUs has also become a leader in organizing missions and conferences in Israel that bring international participants. Rothstein has authored multiple articles and spoken to groups around the world.  In 2007 and then again in 2012, the Forward named Rothstein one of America's 50 most influential Jews, and in 2011, the Jerusalem Post listed her as number 29 of the 50 most influential Jews in the world.
Comments