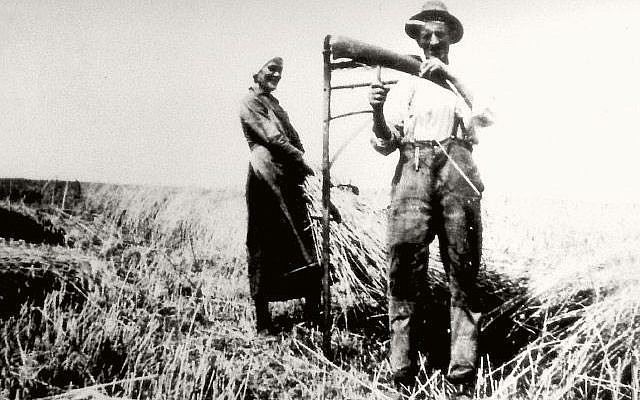 If my neighbors are threatened, as the Jews were in the Holocaust, what should I do? Should I help my neighbors or should I protect my family? If I wait until the threat is obvious, then I will face such a choice.

It is easy to say that those who watched the Holocaust and did nothing are partly responsible. But what is a bystander’s obligation in the midst of atrocities? Can standing by when your neighbors are being murdered ever be justified?

The key phrase in these questions is “in the midst of atrocities.” In the midst of the Holocaust, when their neighbors were being rounded up and murdered, many non-Jewish Europeans knew something terrible was happening. They also knew that if they tried to intervene, then there was a significant chance they, too, would be murdered.

Maria and Heinrich List were Catholic farmers in central Germany. In November 1941, Ferdinand Strauss knocked at their door. The Strauss family had done business with the List family, so they knew Ferdinand. He was afraid because the government had begun deporting Jews to the ghettos in the east. He came to ask the Lists to hide him.

When Strauss arrived, Heinrich was working in the fields so Maria answered the door.  She did not hesitate to let Strauss in. They hid Strauss in their home for four months, concealing his presence from the rest of the village.

In March 1942, Heinrich had an argument with a Polish worker. The worker denounced the Lists to the village mayor. Ferdinand Strauss fled, eventually escaping over the border to Switzerland and making his way to New York. The Lists were detained and questioned.

Maria at first denied the charges but eventually broke down and confessed. Heinrich was arrested and sent to Dachau. He died there in October 1942.[1]

In other words, Maria List effectively traded her husband’s life for that of a stranger.

What is my obligation?

Maria List’s story makes me wonder where our obligations lie. Do I have a greater obligation to my neighbors or to my family? The rabbis ruled that I am not required to sacrifice myself to save another.[2] The Talmud tells us that we should take care of our kin before other people in need.[3] My gut says I owe my children protection, and that I have an obligation to protect my children over someone else’s. If I do not protect my children, who will?

This raises the question: in the middle of such a horror, if someone comes to the door whose presence would put my children at risk, then am I obligated to turn them away in order to protect my children?

There are many stories of people who risked everything to protect friends, neighbors, and strangers in the midst of the Holocaust and survived. Yad Vashem’s list of the “Righteous Among the Nations” honors more than 25,000 people.

One has to wonder, however, how many people attempted to protect Jews and failed. Most of those stories are likely lost. Stories of gentiles who protected Jews but were discovered. Stories where all involved, Jews and gentiles alike, were murdered by the Nazis. Stories where no one is left tell us what happened. Stories of Righteous among the Nations whose names we will never know.

Before it is too late

Once the atrocities start, it becomes incredibly dangerous to try to stop them. When we get to the point where we are trying to hide people so they aren’t murdered, then we have waited too long to act.

We cannot wait until the atrocities start. We have to become involved much earlier.

The Holocaust did not start with gas chambers or killing pits. The Holocaust started with the democratic election of a government that used terrorism (the Reichstag fire) to justify the suspension of civil liberties. A government that combined curtailing civil liberties with scapegoating a minority population, comparing them to animals, and blaming them for all the country’s problems.

Accepting each step on the pyramid allows the next step to seem more normal. The first steps are stereotypes and insensitive remarks. The acceptance of these leads to bullying and scapegoating. The next steps are institutionalized discrimination and hate-fed violence.

“The Pyramid of Hate demonstrates how ideas, feelings/attitudes and actions can form a basis for the denial of justice. Although not every act of bias will lead to genocide, it is important to realize that every historical instance of genocide began with the acts of bias described on the lowest level. The most effective opportunity to take action is when we witness behaviors that fall within the lowest level of the pyramid.”[4]

We do not know that the current increase in dehumanizing rhetoric and hate speech will lead to atrocities, any more that the Germans in the 1930s knew that the suspension of civil liberties were the first steps to genocide. If we wait to act until we know the outcome, then it will be too late to safely act.

So what is my obligation? To pay attention now. To act now. To not tolerate bias and dehumanizing rhetoric. We must not wait until doing nothing is justifiable.