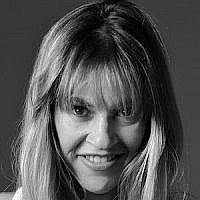 The Blogs
Elyssa Frank
the #NYerLostInTheMiddleEast . . .
Apply for a Blog
Advertisement
Please note that the posts on The Blogs are contributed by third parties. The opinions, facts and any media content in them are presented solely by the authors, and neither The Times of Israel nor its partners assume any responsibility for them. Please contact us in case of abuse. In case of abuse,
Report this post. 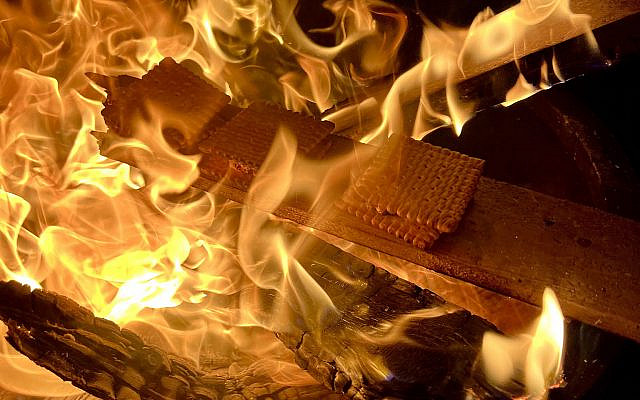 Innocence murdered-
as I watch my America from the other side of the world.

And see the blame and accusations fly once again
I wonder . . .
Can I be an American who supports gun control & guns at the very same time?

Aren’t we all to blame?
There is so much hate in this world!
Left, Right, Center,
hate has become acceptable in whatever spectrum you roam in!

Yes, of course, it’s easy to blame it on guns! Personally, guns terrify me . . . but, believe me, when you live in a country where EVERY DAY a terrorist wants to try and kill you- a guy with a gun sitting next to me, no longer terrifies me, but rather calms my nerves!

No, it’s not a nice thing to see guns all around. It’s not a nice visual for children to walk into school and see an armed officer. But the reality in our world has changed and innocence has “left the building”

I actually agree with Biden, no 18-year-old needs an assault weapon. . .
I don’t understand why anyone does, really. 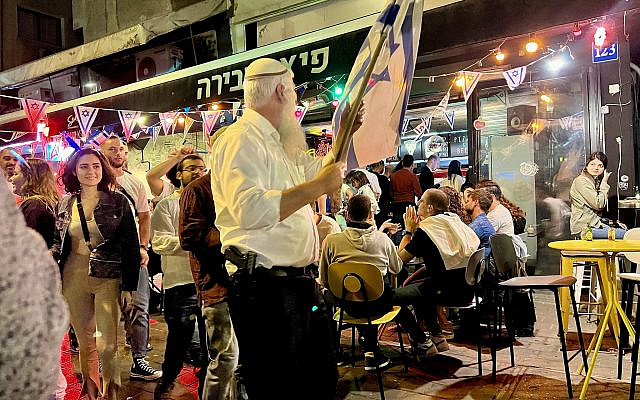 When its a matter of life or death. (MADEinISRAEL photos by Elyssa Frank ©2022)

But it’s in the US Constitution & RIGHTS are rights!
So how do we make a wrong a right and “right” a right!???

As I mentioned from the start, we are all to blame! One doesn’t need a gun to murder! One can kill with a knife, a rock, a blunt object. . . really anything, IF murder is one’s goal! We see this reality every day in Israel.

But let’s take it a step further if murder is the act of physical hate & utter destruction;
Why do you feel “acceptable hate” is not a psychological weapon to destroy young minds that can grow up to become killers, as well as inspire society’s mentally ill?

In the last years, as Americans, we have seen our leaders crying out from their pulpits in front of government buildings incitement of hate against races, faiths and fellow humans that do not agree with them! Did we not hear that woman say, “Get in their faces”? Did we not see CNN reporters standing in front of raging fires & riots and declaring them peaceful protests? And yes, we saw a young guy go free by the US Justice System declaring him innocent in the name of self-defense. And yet, many felt a young guy should not have been able to protect himself when facing violence! (whether he belonged there or not)

So are we going to continue killing one another?
By hate?
By destroying one’s career, one’s dreams, one’s opinion?
By censoring and canceling?
These are all forms of violence & destroying one another. . .
Not as brutal and horrific as a mass attack- of course.
BUT NONE of this behavior should become acceptable & normalized.

Children need boundaries. Instead these days, educators believe there should be none & they themselves cross sacred boundaries, giving children a false sense of self and reality.

It’s not hard to pick out the outsider in a classroom or at a job. . . not hard at all. . . yet instead of probing deeper we elevate their “unique-ness” & ignore glaring red flags, sometimes in the name of “equity”!

I see politicians and fellow humans screaming about equity,
but ONLY when it fits their agenda. I can see these very same politicians and humans seething in destructive hate just moments later! Again, zero boundaries!

If you think mass murder of precious innocence will stop if you take away guns then you are clearly not seeing the truth. And you are not being honest with yourself!

I sometimes write scathing messages in response to brutal terrorism we are enduring here, in Israel – yet no one debates nor engages me as to why I feel the way I do! And at the same time, as brutal attacks happen in Israel and in America I see those voices of “equity and equality” take to their pulpits. . . but only grab the headlines that fit their agenda, instead of seeing the bigger picture of truth;

Gun control is a boundary and absolute necessity in the Free World. And gun procession, in the reality of our present Free World, is also an absolute necessity because in the bigger picture the ones who use guns to brutally murder innocence need to know they can not go on such rampages!

When one is filled with rage, hate, mental illness & incitement, one has zero boundaries & their gun is a means to the end . . it’s just another cog in their machine. If you take away any chance of a murderer getting a weapon do you think that will stop the hate in their mind? Not if he has a plan! Because if not a gun he will find another way to execute his deadly plan!

Now that we have accepted our loss of innocence. It’s time to protect the good and free world we have created & if arming oneself under safety protocols is one way, it’s a necessity that needs to be enacted & enabled.

This is not a comfortable conversation for any of us. But ignoring the truth and reality of the hate we face in the world is not going to repair the damage that’s been done nor shootings in our foreseeable future!

Strict gun control & background checks definitely, maybe even raise the age to carry but allow well-trained gun owners their right and freedom to protect themselves and maybe one day you too!

About the Author
Elyssa Frank arrives in Tel Aviv with more than fifteen years NYC broadcasting experience. You can listen to her podcast, "Short Hills Live in the Middle East"- on Facebook. You may have seen Elyssa on-camera hosting & guesting on the English website of Israel Hayom Insider, where she created her own show, "Hot, hip & NOW", introducing the Anglo audience to interesting Israelis on the cutting edge of fashion, art & technology. She is an award-winning voiceover talent with global credits, as well as Union affiliation. (Sag/Aftra) Elyssa is most known as the voice that changed the way we look at internet speed; she introduced high-speed online to NYC with multiple award-winning spots. She is a trained NYC actress with off-broadway credits, as well as national on-camera spots. When she's not in a studio & in front of a mic, you can find Elyssa avidly crossing the Mediterranean where she holds the position of "#urban mermaid."
Related Topics
Related Posts
Comments