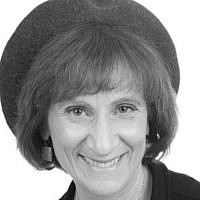 The Blogs
Judy Klitsner
Apply for a Blog
Advertisement
Please note that the posts on The Blogs are contributed by third parties. The opinions, facts and any media content in them are presented solely by the authors, and neither The Times of Israel nor its partners assume any responsibility for them. Please contact us in case of abuse. In case of abuse,
Report this post.

Charismatic Jewish leaders and teachers are in the headlines again: abusing their power by betraying the trust of unsuspecting followers. As is too often the case, it appears the offenses were widely known, or at least strongly suspected, by communal members and leaders. In this frighteningly familiar pattern, the media ultimately did the job that our communal leadership failed to do; only through public expose were the abusers finally uncovered and repudiated.

Given what we have seen and all that we now know about the lurking dangers of abuse, and assuming the good intentions and a genuine wish for safety among communal members and their leaders, why does this disturbing pattern so stubbornly persist?

To be sure, the answer to this question is complex, and cannot be adequately addressed in one essay. However, I would like to focus on one piece of the problem, which is highlighted in this week’s Torah reading.

At the foot of Mount Sinai, God instructs Moses to call to the people: “And you will be to me a kingdom of priests and a holy nation (goy kadosh)” (Exod. 19:5-6).

What might it mean to be a holy nation, tihyu…goy kadosh? To unpack this term, let us compare it to a verse in the book of Leviticus, which offers a similar directive: “…be holy, kedoshim tihyu, for I, the Lord, am holy” (Lev. 19:2). Famously, on this latter verse, Ramban, the 13thcentury Spanish commentator, suggests that the words “kedoshim tihyu,be holy,” do not constitute a new commandment, but rather impart an ethos that is meant to underlie our observance of all of the mitzvot and to underpin our entire life. In his view, when we observe the commandments,  there is always a gap that allows for abuse of the system, making it possible, while technically upholding the law, to live a life of hedonistic depravity. Ramban explicitly warns against behaving in such a way, as a “naval birshut ha-Torah,” a scoundrel within the confines of the law.

In Ramban’s view, God’s charge to “be holy” is meant to fill the gap between perfunctory observance of mitzvot and their truest observance. It is incumbent upon us to discern not only what the technicalities of the law demand, but to act “lifnim meshurat hadin”—determining what extra steps are necessary to meet the full spirit of the law, the full spirit of God. The result of that extra effort is called holiness.  In this week’s parasha, God’s call to “be holy” brings this same ethos to the entire covenant at Sinai: suggesting that the laws we receive are never to be reduced to mere technicalities but are meant to propel us to live lives of unbounded uprightness and sanctity.

In considering these two divine calls for communal holiness, I am disturbed anew by recent revelations of sexual misconduct perpetrated by religious leaders. And particularly, by the institutions and individuals who surround, shield and enable those perpetrators, when their intended role is protecting their communities from such abuses.

There is a culture that often too single-mindedly favors process—with its necessary, but cautious focus on adhering to technicalities and the strict sense of the law—at the expense of the much loftier and truer desired result: holiness. The stumbling-block, then, may be a mistaken, and ultimately unholy, cleaving to process over outcome, to legality over holiness.

To cite a few examples:

Thankfully, we have come a long way in the effort to combat abuse in the Jewish world. More than ever before, institutions are engaging in the painstaking process of constructing codes and policies to prevent abuse, and when necessary, to address it. It is now much less acceptable than ever before to impugn the motives or the veracity of victims who step forward. Yet we still have a long way to go for the cultural mindset to fully arrive where it needs to be. Instead of technically, exclusively, adhering to our checklists, so that we can assure ourselves and our public that we are committed to collective safety, we must go farther—lifnim meshurat ha-din—to proactively ensure that everyone receives the greatest protection we can offer. Organizations and individuals must make a purposeful, conscience-driven commitment to cease taking refuge in the gaps in our systems; instead we must undertake the hard work of creating and maintaining a society that is fit to serve God.

It is our mandate as a kingdom of priests and a holy nation to reach for the high bar set by Ramban, to keep our institutions not only technically, legally, blameless; but to ensure that we create and maintain a society infused with holiness.

Let’s all strive for nothing less than “kedoshim tihyu”.

About the Author
Judy Klitsner is a senior educator at the Pardes Institute of Jewish Studies and an international lecturer on biblical studies. She is the author of Subversive Sequels in the Bible: How Biblical Stories Mine and Undermine Each Other, which won a National Jewish Book Award. Judy is the founding board chair of Sacred Spaces, a US-based organization that seeks to address abuses of power in Jewish institutions.
Related Topics
Related Posts
Comments