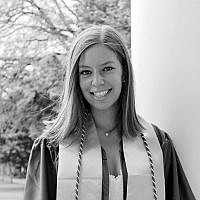 The Blogs
Tara Silberg
Apply for a Blog
Please note that the posts on The Blogs are contributed by third parties. The opinions, facts and any media content in them are presented solely by the authors, and neither The Times of Israel nor its partners assume any responsibility for them. Please contact us in case of abuse. In case of abuse,
Report this post. 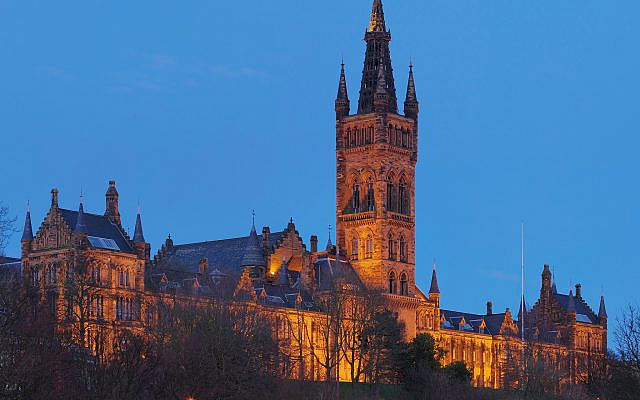 As a postgraduate student here at University of Glasgow who also happens to be Jewish, I have experienced a number of antisemitic instances so far.

At my first event with a society during Freshers Week, a student said to me, “I knew you were Jewish from the moment you walked in because you have what Trump has called ‘sleepy eyes’.”

At first I was taken aback, given I didn’t know what he meant, so after searching further online, I found that the trait originated with the Nazis to identify Jews and their non-Aryan traits.

This shocked me but I assumed it was simply due to ignorance and not intentional hate.

I experienced another instance of antisemitism with a fellow student while sitting in a cafe and discussing the difficulty of the pandemic back home in the U.S (New York to be specific).

Given I had told the student of my religion previously, he laughed and said to me, “Oh it was all those really religious Jews in New York yeah? They (the Orthodox community) wouldn’t listen to the rules?”

I was very offended and told him that I wouldn’t talk negatively of my community and that he should learn more about a group before making such a statement.

The last and most recent experience I had was with a faculty member in a course on human rights.

Following four weeks of discussion about the history of human rights and no discussion of what happened during the Second World War (pre-Universal Declaration of Human Rights), I privately contacted the professor asking why we do not speak of the Holocaust in class.

After numerous emails back and forth also containing my own choice of scholarly articles reasoning that the Holocaust did have an impact, my professor told me that I would need to provide her with more “convincing historical evidence of confluence of the holocaust and HR in the 1940s.”

This interaction baffled me; the idea that a professor would make such a statement in a class focused on perspectives?

Such bias in education prior to my current postgraduate degree had yet to be seen.

Nevertheless, while it is my professor’s choice to believe whether or not the Holocaust had an impact on human rights, I am highly surprised and disappointed by the response I received in that it lacked compassion for a subject that many students, in particular those whose families have been affected by the Holocaust since then, may find sensitive in a university class.

This situation makes me question, will there be prejudice at hand if I decide to continue my studies of the Holocaust for my dissertation?

If I voice my opinion in class, or even more, on campus with others, is there an associated bias given my Jewish religion?

I hope I am able to answer my own questions after finishing my degree in a year from now with the simple answer of, no, you are able to be Jewish proudly without harm inflicted.

Yet, in the end, I do believe that it is not only up to people like myself to educate others on what antisemitism is and why it is highly offensive, but also up to the university to take action and prevent such measures from taking place in this time and age.

About the Author
Tara Silberg is a postgraduate student at the University of Glasgow studying Human Rights and International Politics. She has worked with several Jewish nonprofits, has had her research on effects of the Shoah on families published online, and plans on continuing her work within the field to combat antisemitism in the near future.
Related Topics
Related Posts
Comments