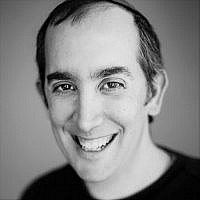 The Blogs
Jason Ciment
Apply for a Blog
Please note that the posts on The Blogs are contributed by third parties. The opinions, facts and any media content in them are presented solely by the authors, and neither The Times of Israel nor its partners assume any responsibility for them. Please contact us in case of abuse. In case of abuse,
Report this post. 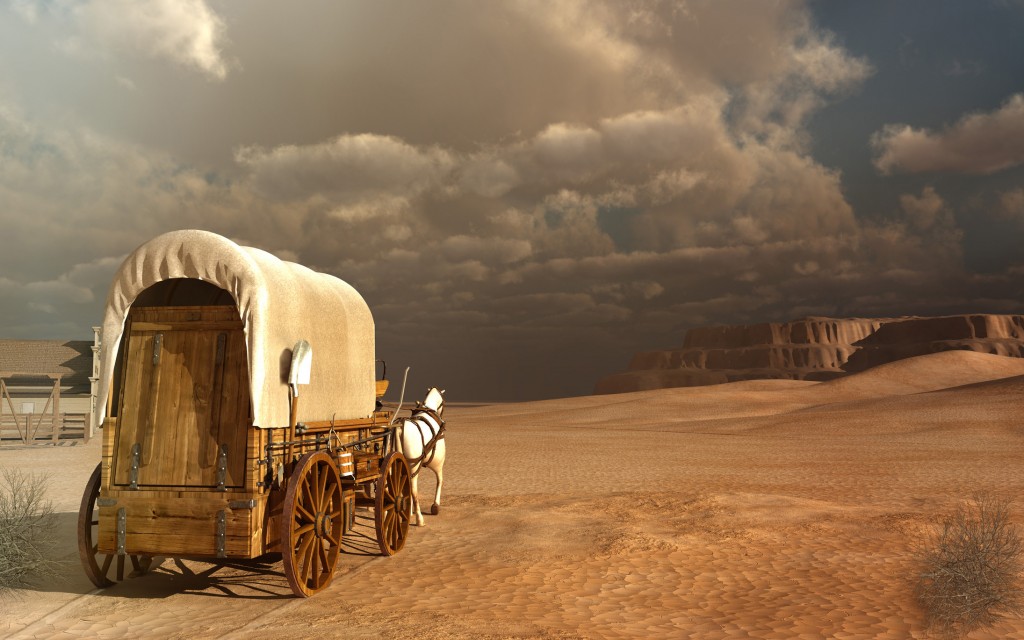 Where are the missing wagons? IStock image

This is the week that I – along with a myriad of Jews worldwide – am completing the final countdown to end the 49 day “Sefirat Ha’omer” period leading into Shavuot. With the ongoing nightly counting, some “big” questions seem to surface as I think about the history of the formation of our nation and what transpired during the 7 weeks between the Exodus of Passover and the Revelation at Sinai (which we celebrate in part as Shavuot).

One of the big questions I have been focusing on recently is the idea of unity. Am I supposed to believe in a unity with a big U or is there some other outcome I should be working towards and praying for that I could see manifesting in my lifetime?

Jewish Tradition and Biblical scholarship teach that the newly formed Nation of Israelites was unified as one voice when it uniformly declared Naaseh V’Nishmah at the foot of Mount Sinai. The Biblical text uses multiple occasions to paint an exceptional portrait of a People that encamped in the singular rather than as a confederation of tribal brothers and sisters.

As my attention wanders from CNN to the New York Times, and see more strife than solidarity, I can’t help but wonder at the nature of the human condition that going back to the time of Noah seems to have a propensity for war and not peace. I am confounded by the ideals that my Tradition espouses when I have to admit to myself that I can’t actually see the light at end of the tunnel where it is supposed to be shining on the lamb laying down the with lion.

In one area of my business where we design and build websites for lawyers, and have to take into account the vast diversity of the Partners’ opinions that go into simply completing a website, it’s hard to imagine a world that embraces unity when dealing with much larger and more complex issues than a company website.

When I get into one of these funky moods, I often turn to the weekly Parshah for guidance. I look at it this way. The Bible is, at least by my own belief system, the written Word of God. It’s supposed to be unadulterated (even the last verses after Moses’ death) by human intervention. Every time I notice a peculiar verse in the Bible, if my consciousness allows me, I am having an opportunity to encounter the Divine. HE put those words down in writing for me – and certainly anyone else – to read them.

There are many lessons I think I have learned in the last two decades of almost weekly Parshah studies with my good friend and teacher Rabbi Yitz Etshalom. One idea that sticks out above most others is that the Torah was written for two time periods. First, was for the people who were experiencing it in real-time. Second, was for future generations to read and to contextualize to their time period.

In both situations, one of the methods of textual study when reading the Bible is to look for inconsistencies, anomalies and references in the Text that can hint or point to ideas and messages that lay beneath the surface.

I’ll review one of the most obvious anomalies – or rather the lack thereof – in this week’s Parshat Naso. The Princes of each of the 12 Tribes are recorded as bringing the exact same gifts to celebrate the completion of the Holy Tabernacle (Mishkan). However, instead of simply recording the description of the gift one time and saying that the 12 Princes each brought the same gift, the Torah – which is usually sparse with its words – becomes bloated like one’s Stomach at the Passover Afikoman ceremony. The Torah repeats each gift over and over 12 times making Naso the longest Parshah in the Torah.

Many of our Teachers over the centuries can’t escape addressing the obvious and seemingly unnecessary repetition. There seems to be surprising consensus of opinion that says the leaders of the 12 Tribes were so inspired by the Mishkan experience that their sense of Unity was equally ignited to the point where they didn’t want to “one-up” each other.

This idea makes a lot of sense especially if you are familiar with the view of Ramban who maintains that the Mishkan’s purposes is to recapture the spirit of the Divine Revelation at Sinai and relive the experience itself. If we could be so totally unified at Revelation, it makes sense that we could reach these heights again at the Commemoration of the Mishkan.

Remember when I said we should look for anomalies? Well, I’ve got one that begs to be discussed. It has to do with the wagons that contained the gifts from the 12 Princes. I expected that there would be 12 wagons – Agalot in Hebrew (this is important). Yet, there were only six wagons. Two questions thus emerge.

This is where a sensitivity to the nuances of the Text sometimes gets me right in the Kishkes. I’ll explain what I mean and hope that it touches some nerves on your end too.

Let’s go back briefly in History to Parshat Vayigash which describes the process of Joseph sending messengers with wagons of gifts to his father Jacob (who is still residing in Canaan) to let Jacob know he is alive in Egpyt. When the messengers first tell Jacob that Joseph is alive, Jacob’s heart rejected them and he didn’t believe them. However, when they told him the news again and he saw the wagons (also Agalot in Hebrew), the Torah says he did an about face and his Spirit was revived.

Many scholars have used this anomaly to say that the wagons were a secret message from Joseph that referenced a law (“Eglah Arufah“) that they had been learning right before Joseph was sold into Slavery. The similar wordplay was designed to inform Jacob that this is the same Joseph and all is good. This has always been a tough read though because though Eglah sounds like Agalah, it has not been the most compelling read of the text. It makes for a great Midrash on the idea that Jacob and Joseph were studying Torah, but this form of “darshening” seems to be more attractive when your mindset is already looking for that kind of explanation.

Another interpretation which I have read recently might be more persuasive – especially when we remember that the Torah is written for two time periods – then and now. In the “Then” period, it helps to change our glasses and view the text through a different lens that is often very uncomfortable to the modern eye. Back then, the Bible is simply filled with magical moments – i.e. miracles. The idea that Jacob could have some sort of prophecy where he could see glimpses into the Future (i.e. Ruach Hakodesh) should not be surprising to us, even in modern times.

If we can apply this magical lens, then we can more easily imagine what happened when Jacob saw the wagons. With the power of prophecy, he knew there was going to be a time where wagons would be needed for a commemoration of the Mishkan. What he did not know though was if his sons would be part of this Unity – especially after the sale of Joseph years earlier. When Jacob saw the wagons, he put two and two together and understood the message that in the same way the wagons were shared by the Princes at the time of the Mishkan, Joseph was telling him that he and the Brothers had made up and were united.

Now, let’s flip into the present and see what message is available to us with our modern and sometimes critical sensibilities. It’s often challenging to tell my kids who are indoctrinated with a Western culture mindset that Jacob had Ruach Hakodesh or that Jacob learned the rules of Eglah Arufah or that wagons would be needed at the Commemoration of the Mishkan sometime in the future.

What I can do though is utilize modern conventions of language and expose my children to poetic and literary tools. I can show them that the Author of the Bible (just to be clear we are talking about God here) created a device that would speak to each generation in its own time period. The wagons in both stories therefore became a leitmotif like literary signposts to get us to take note of them so WE could extrapolate the deeper message beneath the text.

Like a true French novel in the spirit of Old Goriot, I should end this musing at a point from where I first started. Even with this message of Unity and striving for harmony that the wagons hope to evoke, what can this really mean in our modern age where the cult of individuality is tribal and each community has its own Prince?

I can be a pessimist like Ralph Waldo Emerson and say that the reason why the world lacks unity, and lies broken and in heaps, is, because man is disunited with himself. Is it reasonable to think that we have to get in touch with our own sense of unity before we can express it externally? It sounds like this approach will not get the world much closer to the Messianic state we are supposed to anticipate each day.

I could be optimistic like W. Somerset Maugham who wrote that the essence of the beautiful is unity in variety. You can think of this as a Confederation of States approach. Yet, another nice idea but still hard to see how this works in modern times.

Or I could stop trying to impress myself with fancy quotes and remember simple things like what my social studies teacher said to me in my teenage years as she handed me an “F” on a quiz. She said, “Ciment, wake up and smell the roses.” Maybe I just need to wake up and be thankful for the little things and not get so caught up in the big picture and instead just try a little harder to make each day better than the day that came before it. And, of course, smell the roses too.