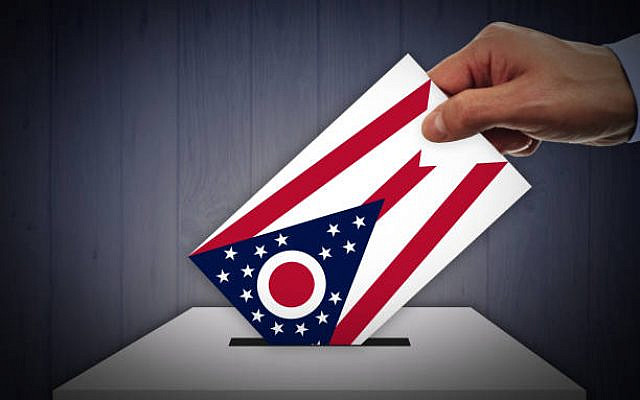 Right on the heels of her second loss to Shontel Brown – this time down by more than 30 points – Nina Turner reverted to her familiar playbook: casting wild accusations of blame while refusing to take accountability for her own electoral shortfall.  In reality, voters made a choice for the candidate that better represented their values. But instead of owning that voters disagreed with her politics and policy positions, Turner blamed “evil money,” “special interests” and accused her opponents of “anti-Blackness,” even as they avidly supported her Black opponent, Rep. Shontel Brown.

This OH-11 Democratic primary rematch marked Turner’s third statewide defeat since 2014, when she lost the secretary of state race by more than 20 points. On paper, this month’s primary should have been more favorable to Nina Turner than last year’s OH-11 special election. After redistricting, the newly redrawn Ohio 11th congressional district dropped parts of Summit County and added new sections of Cuyahoga County, such as Lakewood and Hillcrest, both of which were considered more Turner-friendly neighborhoods. Over the course of this cycle, Turner also outraised Brown, $6.4 million to $4 million, giving her a significant money advantage.

And yet, when the final results came in, Turner secured only 33 percent of the total Democratic primary vote, compared to over 66 percent for Brown. In other words, Brown beat Turner by a winning margin of more than six times her victory in last August’s special election.

Clearly, the voters of Ohio’s 11th congressional district – like voters in other parts of our country – handily reject Nina Turner’s brand of divisive politics. Turner still hasn’t grasped this stark lesson. She isn’t losing to the “corporate special interests,” or the insidiously phrased “evil money” that she claims worked to defeat her.

Turner’s policy positions just don’t resonate with most voters whereas Brown’s do. As we saw last August, the more voters learned about Turner’s positions the less likely they were to vote for her.  That includes her extreme and divisive positions on issues that enjoy broad, bipartisan support like the U.S.-Israel relationship. With nearly 5 percent of the district’s population identifying as “Jewish,” the U.S.-Israel relationship was once again a key flashpoint between Turner and Brown.

During 2021’s special election, Turner entered the OH-11 as the clear frontrunner in both name recognition and funding. She outspent Brown nearly 3 to 1 during the race but the more OH-11’s constituents learned about Brown’s policy positions, including her support for the U.S.-Israel relationship, the more they and grassroots activists and donors across the country came forward to support her campaign. Brown gained incredible momentum and ended up beating Turner from behind by running an unabashedly progressive but pro-Israel and pro-peace campaign.

Largely in response to the pro-Israel community’s support for Shontel Brown, Nina Turner made a visible effort to reach out to the district’s Jewish voters in the final weeks of the OH-11 primary rematch and, for the first time, clarified her support for Israel’s right to exist and her opposition to the BDS movement targeting Israel.

While these clarifications were welcomed, they were too little, too late. In August 2021, Turner won five of the 21 precincts in the heavily Jewish community of Shaker Heights. This month, she won zero.  In fact, in neighborhoods across the district, Brown also outperformed Turner to increase her margin in the most recent election.

Nina Turner’s decisive loss serves as a cautionary tale to other 2022 congressional hopefuls. Taking your cues from far-left and anti-Israel organizations like the Democratic Socialists of America (DSA) and Justice Democrats — instead of listening to your constituents — is just bad politics.

Voters have shown time and time again that they support America’s longstanding and growing alliance with Israel.  This relationship benefits both countries in numerous ways, from security to technology to combatting the climate crisis.  The relationship also reflects America’s deep humanitarian commitment to ensure the survival of the world’s only Jewish state.  It should be no surprise when voters choose the candidate that best reflects those values.