Did you know that the Jews of Cappadocia have left an everlasting impression on every Jewish home celebrating Shabbat?

You see, some Jewish communities of Anatolia left their mark etched in stone. Some left significant buildings, cemeteries, books (we will talk about that too), but some were so significant that the talmudic scholars have enhanced Jewish law to accommodate their specific needs!

After the Temple in Jerusalem was destroyed in the year 70 CE, the great rabbis gathered in the city of Yavne, and collaborated in adopting Jewish law to a new situation, Judaism without a central Temple.

Prayer substituted for sacrifice, and while acts in memoriam of the Temple and prayers for its rebuilding and redemption were to become very much part of the daily life of Jews, the rabbis adapted Judaism so it could be applied to the Diaspora.

“And the people of Cappadocia don’t have any of these oils, but only naphtha?!” said Rabbi Yohanan son of Nuri.
These were new challenges for the newly dispersed people.
The law was then declared: One may light with all oils, including naphtha/petroleum.

See, lighting paraffin-based Shabbat candles in Cappadocia holds special significance.
The Jewish community in Cappadocia is mentioned some 20 times in the Talmud. It hosted visiting scholars, such as Rabbi Akiva and Rabbi Meir in the first century CE, and Rabbi Nathan in the third.

Jews of Cappadocia were frequent travelers to Jerusalem. Some of the ancient headstones of the Jaffa cemetery indicate that they belong to Jews who came from Cappadocia.

We were told that there was a Jewish community in Cappadocia from antiquity until the 1950s, though we could not find one. If you know of anything, please do let me know!
But some scenes of Cappadocia are a must.

In one of many times Cappadocia is mentioned in talmudic literature, it speaks about a couple marrying in Cappadocia and divorcing in the Holy Land of Israel — in what currency does the husband pay pack the dowry? Cappadocian currency, which was “heavier” of the possible currencies.

In another place, the Babylonian Talmud speaks about the sage Rabbi Nathan, who refused to perform a circumcision in Cappadocia, when the newborn’s older siblings were known to have suffered from hemophilia.

There are so many talmudic sources that come to mind when roaming this beautiful landscape, which the Bible name “Kaftor.” But hang on for one more interesting thing that came to mind today.
We went touring at the Özkonak Underground City, an impressive construction by the original inhabitants Hittite of Cappadocia that amazes everyone who visits… One finds it difficult to walk straight though, as the average height of the ancient Cappadocian was about 140 cm.

The verse in Ezekiel 27:11 refers to “gamadim in castles.” The word “gamadim” literally means dwarves, or very short people. The Yonatan Aramaic translation, written in 200 BC, translated the word “gamadim” as Cappadocians!

Lots of learning… But nothing beats the gorgeous sunset of Kaftor/Cappadocia. 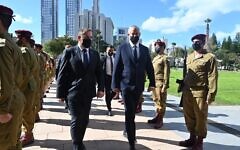 Gantz: ‘Iran’s double game must be on the negotiating table’ at nuclear talks
TOI staff 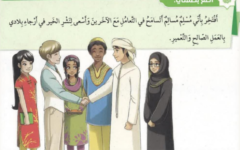 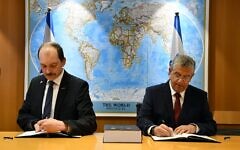 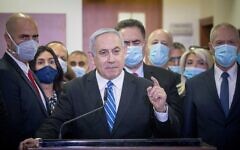