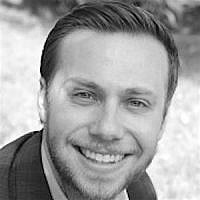 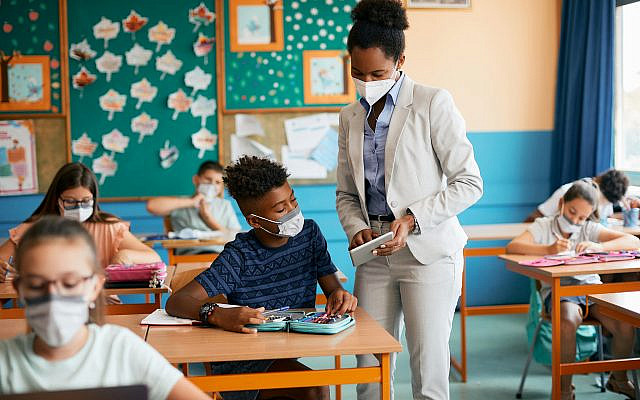 Last month, one of the first official acts Virginia’s new governor took upon assuming office was to lift the requirement for faculty, staff, and students to wear masks at all times inside of schools. “A parent should have the right to make their own health decisions for their own child,” he said.

The end of Virginia’s school mask mandate while a deadly disease is still ravaging our commonwealth, country, and world may be many things, but it is not about the right of parents to make health decisions for their own children. Since wearing a mask is both a way we keep ourselves from getting sick and a way we make sure we don’t inadvertently get others sick, enabling parents to send their own kids to school maskless – regardless of vaccination status, infection rates, or the percentage of the population that is vaccinated – means that one parent’s decision for their own child can and likely will undermine another parent’s decision for theirs. This executive order, like those now being issued all over the US, empowers and encourages those who embrace a cavalier, or at least careless, attitude toward the health and wellbeing of others, including other people’s children.

This, of course, is not just about Virginia. The ongoing failure to care for one another and do what is necessary to end this godforsaken pandemic is not even about our leaders. It’s about us. Officials around the country aren’t taking actions like this because they’ve been advised by medical experts that it’s good for our health and welfare. They’re doing it because they’ve determined it’s good politics.

Too many of us – a number that appears to be growing by the day, as evidenced by the protests against safety measures that are spreading like wildfire here and abroad with the giddy encouragement of cynical and callous politicians and media personalities – have come to think about all of the health and safety measures with which we have become so familiar over these past two years primarily as methods to protect ourselves, and less as ways to protect others.

For most, this isn’t malicious or intentional. Maybe it’s cultural – as Americans, we have always tended to see things through the lens of individual rights, rather than communal responsibilities; we don’t like the government telling us what to do. Maybe we’re all just sick and tired – of having to wear these uncomfortable and annoying masks all the time, of having to constantly worry about our and others’ health and safety, of enduring all the disruptions and devastations of this seemingly endless pandemic; I know I am. Maybe it’s just human nature.

But whatever the reason, it appears that growing numbers of us have given up on caring how our personal choices might harm or endanger others. Instead, we increasingly seem to care mostly about what makes us personally comfortable or uncomfortable, what risks we are or aren’t willing to bear for ourselves personally.

Unfortunately, that’s not how pandemics work. The decisions each of us make about these precautions don’t just impact us. They impact our neighbors, those close by and far away, even people on the other side of the world. They affect not only our children, but also others’ children; indeed, the very definition of the Greek conjunction pandemic is a phenomenon that encompasses all people.

What would Jewish tradition have to say about all this?

Our tradition holds that God is, at least metaphorically speaking, is the parent of all humanity. We even frequently refer to God as avinu sh’ba-shamayim, our heavenly parent. If so, then God sees each and every one of us as we human parents see our own children.

Contemporary author Elizabeth Stone wrote that having a child is to forever “have your heart go walking around outside your body.” It’s since become something of a cliche, a quote that frequently pops up on parenting blogs and circulates in internet memes. But, as is often the case, the sentiment has attained cultural ubiquity precisely because anyone who has ever had a child knows in their bones that it is true.

The heart, the symbolic seat of our emotions, is literally the organ that keeps us alive. For such a vital organ, it is extremely delicate, which is probably why evolution has situated our hearts securely underneath our sternum and rib cage, some of our bodies’ toughest natural armor. So when we say that having a child is like having your heart walking around outside your body, we are acknowledging our children’s vulnerability, our own limited ability to protect them, and, at the same time, how vital their wellbeing is to our own.

That, of course, is why our instinct as parents is to shield our children from harm as best we can. But as soon as our children are out there, walking around in the world, there’s only so much we can do. So we provide them, as best we can, with the skills, abilities, and resources they will need to protect themselves and avoid getting seriously hurt.

But even that is not enough, because when they’re out in the world, our children will inevitably encounter other people who, whether by malice or ignorance, whether on purpose or by accident, will act in ways that put them in danger. It works the other way, too – our own children might act in ways that can hurt other people’s children. In essence, this is why human beings establish and maintain laws and social norms, so we can to the best of our ability protect our children, and indeed ourselves, from each other.

What is true of human parents and children is also true of our relationship with God. If we human beings are God’s children, then God must see each and every one of us as though we are God’s heart walking around outside of God’s body.

From this perspective, we might think of the whole Torah as God’s way of saying to each of us, “You see that person over there? Your sibling? Your neighbor? Your fellow countryman or the person who is a foreigner to you? The person closest to you or the person clear on the other side of the world? Each and every one of them is my heart, just walking around out there, vulnerable and exposed. To injure or endanger any one of them is to inflict harm on Me personally. Treat each other accordingly.”

This pandemic has repeatedly shown us how our decisions, our actions, affect all God’s children. And yet, because of our selfishness and indifference, we continue to ignore that lesson over and over again. So here we are, stuck for nearly two years in this seemingly endless cycle of anxiety, illness, and so much death.

The only way we will ever make it out of this mess is if we collectively heed what Jewish tradition makes clear: we must cease being so careless about and cavalier with the wellbeing of God’s children. We must perpetually bear in mind that each and every person is God’s child. Indeed, each and every person is God’s own heart, walking about exposed in the world. We are called upon to see this in one another, everywhere and at all times, caring for one another as if our dearest lives were beating, vulnerably, in our hands.