The story of how Efrat resident and newly minted EMT Joel Atkin saved a man’s life on a tennis court, will not quickly be forgotten by anyone in the Atkin family, nor by the man he saved, Mr. Michael Cohen or his family. The two men met once again on Tuesday night months after Atkin had saved Michael’s life. 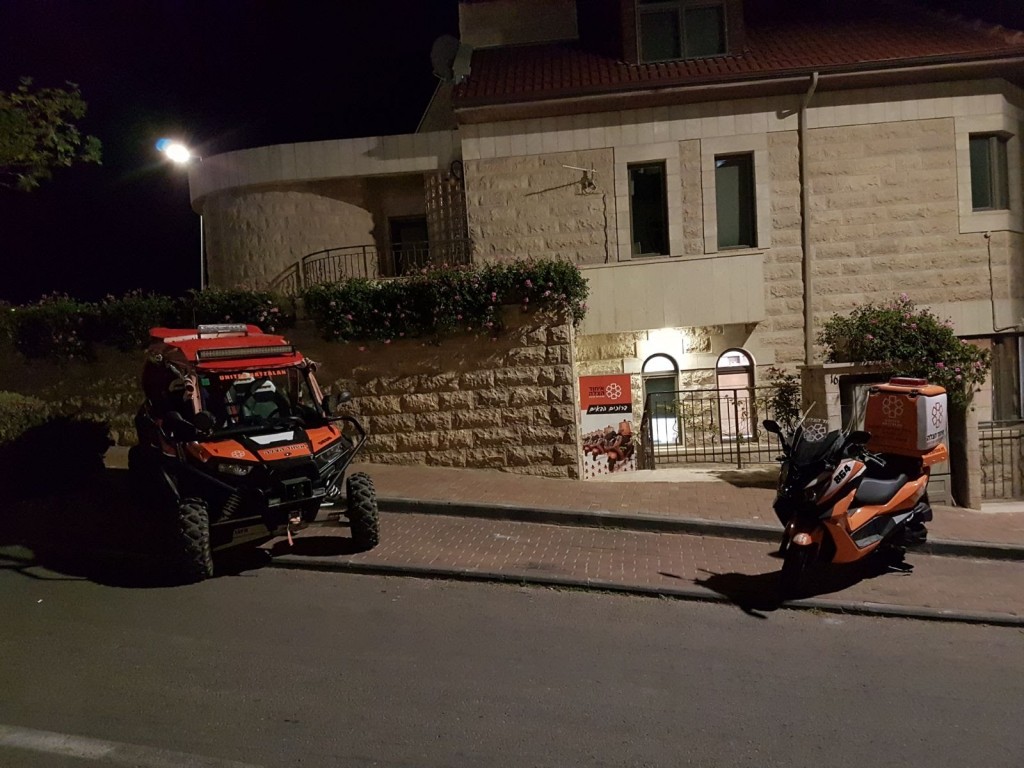 At around 9:30 in the morning on November 24th, Atkin was in Jerusalem playing tennis at the Jerusalem courts near Teddy stadium. He had just begun his training as part of United Hatzalah’s NREMT program, the only registered provider of NREMT training and certificates outside of the U.S. Atkin, who was taking the course together with his son Yonatan, had already passed the segment of the course which taught the trainees how to perform CPR. While he was playing tennis, a man, Michael Cohen, collapsed a few courts away. It took people nearby a few moments to realize that Cohen had collapsed, but once they did, they began screaming for help.

Atkin thought that a terror attack had taken place and ran to help. When he saw the man collapsed unconscious on the ground, his training kicked in and he began CPR compressions while having a bystander call for help. Someone found a defibrillator in the offices of the tennis center and Atkin attached it to Cohen. Due to his quick intervention and resuscitative efforts, Cohen regained consciousness and made a full recovery without any brain damage caused.

On Tuesday, United Hatzalah held a special community event and fundraiser in Efrat. The Atkins, Joel and his wife Yael and their 11 children, were happy to host the event that was attended by the local Chapter Head Yonatan Ovadiah and Deputy Chapter Head Danny Gur, as well as the organization’s Founder and President, Eli Beer. To make the evening even more special, Mr. Cohen, who lives in Jerusalem, came out especially to the event to thank Atkin in person and share his story and gratitude with the gathered crowd. “Had it not been for Joel, and other first responders like him, I wouldn’t be here today,” Cohen said. Atkin thanked Cohen for his kind words before he was presented with a special plaque honoring him for his efforts in saving Mr. Cohen’s life. The plaque was presented by the head of medicine in Efrat Dr. Yitzchak Glick, who is also a United Hatzalah first responder. 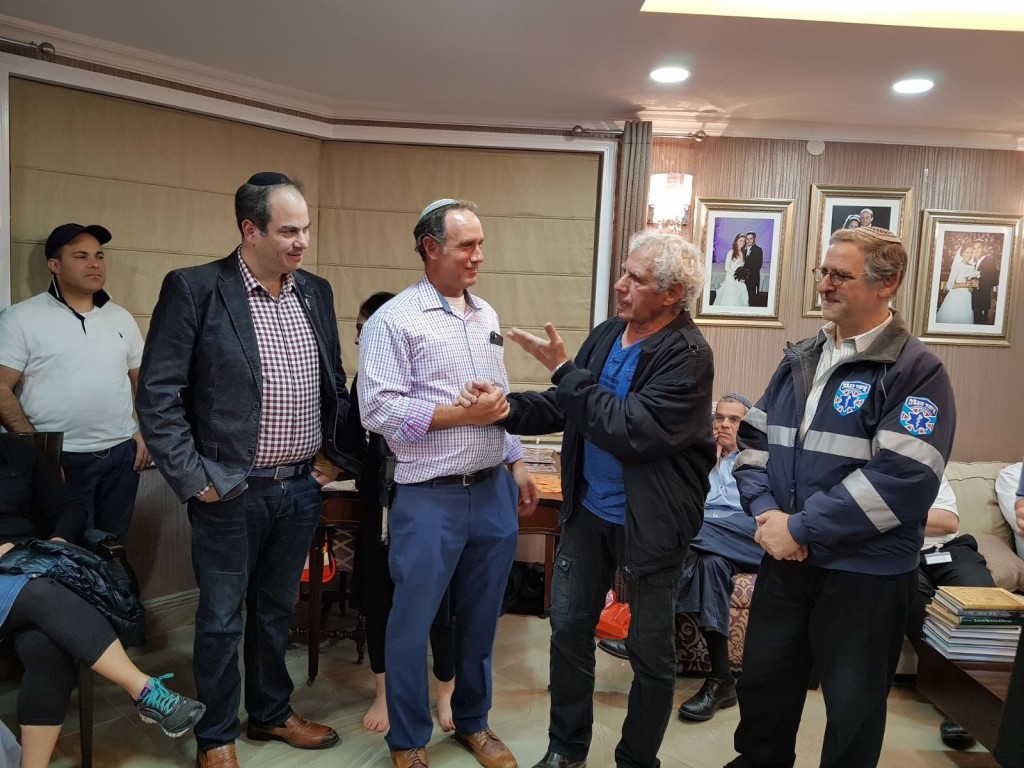 (From left to right) Eli Beer, Joel Atkin, Michael Cohen and Dr. Yitzchak Glick pose during Cohen’s recounting of how he was saved by Atkin.

“I was already in heaven,” said Cohen recounting his experience to the gathered crowd. “They brought me back. Joel and the team of responders brought me back here and that is why I am here today. The biggest doctors told me, after they saw the video, that it takes about a month to train people to respond as fast and in such a synchronized fashion as they did that day. I am alive because of you, and who knows, one day maybe I too will become a volunteer.”

The evening in Efrat culminated with President Eli Beer discussing some of the needs of the region with regards to EMS equipment and his dream for Gush Etzion. “We have committed to increasing our presence in all of Judea and Samaria and the region of Gush Etzion is one of the most important pieces for us to fulfill this commitment. We want to open a new course to train more responders in the area and are aiming to bring in more vehicles such as ambucycles and ATVs that could maneuver the difficult off-road terrain that is spread all throughout the Gush. Anything we can do for the residents to lower response times and save more lives is what we will do, but we need the help of people like you, from the community, to assist us in providing that response,” he told the gathered crowd. “Our model and our mission are all wrapped up in the community. Our volunteers come from the community and respond to save lives in the community. Together, we will strengthen each of the communities throughout Gush Etzion and save more lives just as Joel saved Michael.”