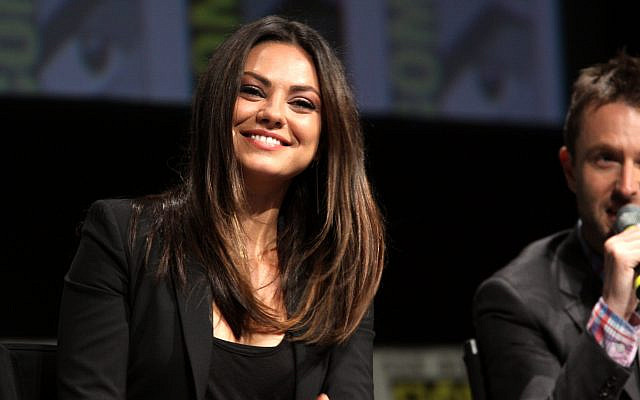 This is the first post of a new monthly blog series I will be writing that will celebrate Jews of Ukrainian origin that are known and loved by people worldwide. This series features prominent personalities with Ukrainian Jewish roots – living and deceased – from the arts, business, politics and academia. I will explore how these people’s background and cultural heritage shaped who they are, contributed to their work and manifested in their daily lives.

Mila Kunis is one of the most recognizable and famous actresses in Hollywood, loved for her roles in Forgetting Sarah Marshall, Black Swan, Friends with Benefits, Oz the Great and Powerful, and Bad Moms. That Mila hails from the former Soviet eastern bloc is common knowledge; that she is a Ukrainian-born Jew proud of her Jewishness is perhaps less widely known.

Mila’s family left Chernivtsi, then Soviet Ukraine, when she was seven years old, settling in the US on a religious refugee visa in 1991. Although Mila now considers herself to be American, she hasn’t lost touch with her Ukrainian or Jewish roots. As an adult, Mila returned to her hometown in 2017 for the first time since emigrating to the US, and brought her husband, Ashton Kutcher, along. Last month, the couple were surprise guests at the annual international YES conference in Kyiv, organised by Ukrainian Jewish businessman and philanthropist Victor Pinchuk. The pair also met with Ukrainian President, Volodymyr Zelensky, who is Jewish, on the sidelines of the 2019 UN General Assembly in New York. 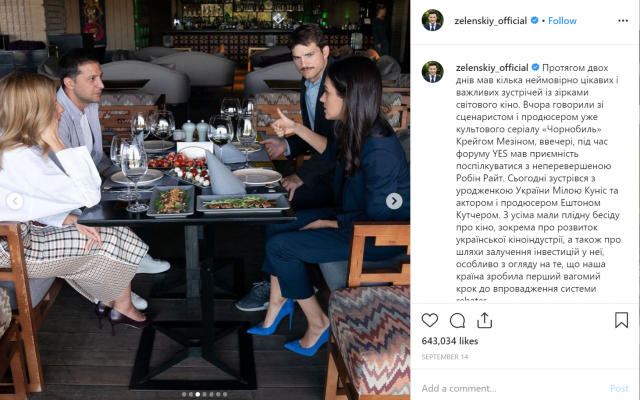 Despite her celebrity lifestyle, Mila has preserved her affinity with her family’s history and heritage. In multiple interviews Mila has spoken about her family’s experiences during the Holocaust, the religious persecution her family faced in the USSR, and how she had to hide her Jewishness when she was a child. The popular movie star often speaks about the influence of her homeland’s culture on her formative years and insists on bringing up her two young children bilingual in Russian and English, with an emphasis on Jewish traditions.

Mila, who according to a 23&Me DNA test is 96% Ashkenazi Jew, has not shied away from religious traditions in her family life. For instance, her family celebrates the Shabbat every Friday. The actress places great importance on the idea of reconnecting with her loved ones and taking the time to be thankful for one-another.

In a podcast, Mila revealed that both her children know the Shabbat blessings in Hebrew and that the whole family light candles, says blessings and prayers every Friday evening. Even though she doesn’t consider herself to be immensely religious, Mila has acknowledged that Jewish traditions have helped her family reconnect with their roots and find gratitude for each other through prayer.

Mila Kunis is a wonderful example of how one can remain connected to their Jewish heritage and ensure the continuity of Jewish customs in their family life. It is also good to see her becoming more active in reconnecting with her Ukrainian roots in recent months. As Ukraine gains more relevance and visibility on the global Jewish scene, lets hope more famous Jews once known as “Russian” will openly embrace their Ukrainian Jewish background.