Like many people who are not part of its movement, I have mixed feelings about Chabad-Lubavitch.

On one hand, it is the outreach face of the strictly Orthodox world which does untold good in so many different ways. In December, I was in Ghana with the Chief Rabbi’s Ben Azzai programme, teaching students about acute poverty in the developing world. Even though the programme was run jointly with the Jewish community’s social responsibility charity, Tzedek, I have little doubt that it would have been extremely difficult to run had it not been for the existence of the Chabad House in Accra.

Chabad’s presence in obscure parts of the world, on the understanding that there are disaffected Jews whose souls may need saving, has come in handy many times.

I enjoyed Chabad hospitality in Shanghai and Beijing; it operates with flair in 100 countries around the world, often in places that President Trump is pleased to write off with a vulgar epithet.

And yet… there is a difficulty with Chabad, an almost wilful blindness about the all-too-human shortcomings of some of its personnel, a worrying willingness to go where money beckons, and — at best — a shocking naivety about unacceptable behaviour and where to draw the line.

As it happens I was working in Israel when the Lubavitcher Rebbe died; it took me, and other correspondents, a distressingly long time to get the Chabad spokesmen to admit that he had in fact died. Part of this was because a faction still believed that the Rebbe was the Messiah and thus could not depart this world like other human beings. 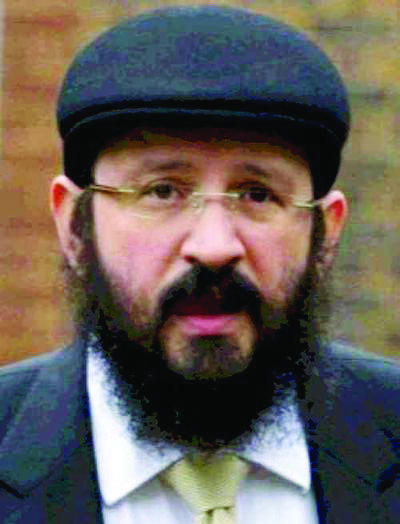 In the past couple of weeks there have been several examples of Chabad in the headlines which do the movement no credit. One is the case of the former chief executive of Agriprocessors, once the largest kosher meat processing plant in the United States. Sholom Rubashkin was convicted, in 2009, of 86 counts of fraud and financial mismanagement, and given 27 years in prison. -Separately, he was accused and cleared of knowingly hiring under-age labour for the plant, but under his management, Agriprocessors, over the years, was repeatedly accused of legal infractions such as hiring illegal immigrants and breaking health and environmental laws.

Rubashkin’s sentence was finally commuted last month by President Trump, after a long-running campaign by Chabad supporters who lobbied Congress. It may well be that 27 years was a draconian sentence for Rubashkin’s crimes, but a little shame on the part of his Chabad allies wouldn’t go amiss.

And talking of no shame, I must sadly turn to the case of Menachem Mendel Levy, the Chabad Londoner who has just served three years for sexually abusing a young woman from his own community. Yehudis Goldsobel waived her anonymity in order to speak out against him.

Levy, clearly, is keen on rehabilitation and thus on Christmas Day, a parade was held in Golders Green Road marking his donation of a sefer Torah to Chabad. It is scarcely credible that the Chabad leaders in London who praised Levy at the parade did not know who he was or what he had done. So, rejecting the loan, two weeks later, was pretty much the least they could have done.

A little less wide-eyed “who me-ism?” and a bit more willingness to deal with the real world would do Chabad no end of good.