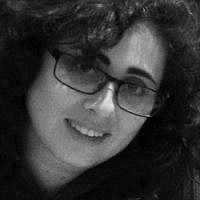 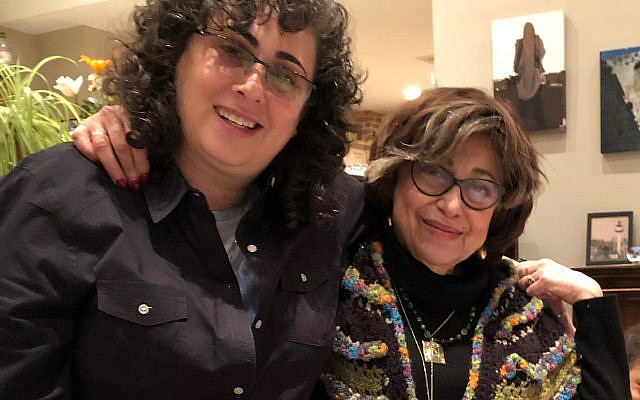 “Do not go gentle into that good night, Old age should burn and rave at close of day; Rage, rage against the dying of the light.” Dylan Thomas

There are people who exist in this world simply to bring light to those whose lives they touch. They may not even know they have such a role, but those around them do. Being a part of such a person’s world is a privilege and a blessing. I was given that gift by happenstance. Sitting in class one day in the summer of 1989, in Brooklyn College, I was lucky enough to meet a young woman, who asked me who the hell I was (long story behind that one) and who would become a life-long friend, a sister, and the person who gave me the gift of meeting her mom, Chana Stubenhaus, A”H – the woman who would bring light into my world. Her daughter, Deena, not only gave me the gift of her mom, but also shared her family with me. She dragged me home, (Whom I kidding? I was only too happy to go!), and shortly thereafter left for her gap year in Israel.

Leaving me behind, I very quickly adopted the rest of the family, and they me. Two more sisters, Menucha and Avigayil, became mine. I had such a small nuclear family and was being raised by a single mom. Suddenly, I found myself part of a family that took me in; a dad, Abbie, who welcomed me, two more little sisters who I would watch grow into special women, along with Deena, when she came back to Brooklyn a year later. We picked up that friendship right from where we had left off and Deena, along with her family, continued to welcome me at her family’s Shabbos table. We joked that I was Deena’s replacement for the year, but that they kept me anyway. “There is always room for one more at the Shabbos table,” was an example set in that house. Hachnasat orchim, the mitzvah of welcoming guests into one’s home, was so easily practiced in that home, and Chana led the way. Their home was one of light for me, great food, intellectual conversations, and unconditional love. It was a home after which I would model my own.

I know that no family is perfect, we all have our issues, every family does, but I can truly tell everyone, that in the Stubenhaus home I experienced what it means to be loved unconditionally – or to “be loved to no end” as Deena told me after her mom passed. Chana gave me that. She fed my belly on Shabbos (and dozens of other times), fed my mind, called me out on my BS, welcomed my family into her home, and even opened it to my future husband. My Shabbos Kallah was in that home, my 25th surprise birthday party, many happy and difficult times, as well as countless deep, and meaningful conversations. Years later, when I came out to this sheitel wearing woman, and told her that I was gay – and believed that I could be LGBTQ and yet remain part of the frum world – she welcomed me and my wife into her home. She came to ours and made Thanksgiving a tradition that our families shared. She loved me for who I was, no matter what, and I know that I am blessed for having such a love in this world.

But who was this woman? She was a loving mother of three girls who had room for one more in her heart to call daughter. She was a loving sister who lit up when she spoke of her siblings. She was a daughter who I saw practice K’vod Em (respect for one’s mother), even when things were so hard. She was a true role model for us all with that mitzvah. She was a doting and loving grandmother. She was the one who taught me what it means to love a child exactly for who they are; even when they make it so difficult. Through all the growing pains, she loved her daughters dearly and fiercely; me included. I remember that always when I deal with mine. I knew that Chana loved me so much when one day Deena and I fought about something, and we did not speak for a month. Chana refused to take sides. Years later, I did not even remember what we had fought about, and neither did Deena, but Chana did and refused to tell us. She loved that we had made peace and were just back to being friends for life – no matter how much time or distance was between us. We are going on 33 years now, B”H.

Chana Stubenhaus was a teacher; not just of life’s lessons, but a true shaper of young minds with a contagious laugh, a creative mind, a love of humanity, and a belief that one could do anything they set their mind to. She poured those things into thousands of her students, not only into those she loved in her personal world. She taught students across several Brooklyn yeshivas, and I so often heard, from those whom I met and were lucky to have had her as a teacher, “Mrs. Stubenhaus was my all-time favorite teacher!”

When I posted on Facebook about her passing, this was what people wrote about her:

“What a special woman. I have such great memories of her.”

“I remember her from my teenage years. She was always Uber cool.”

“What a special friend.”

“She was my favorite first grade teacher.”

“She was a beautiful, pure spirit.”

“There… were 3 Chanas that grew up in Boro Park in the 1950s… They were real dauntless daughters of Am Yisrael [who] pretty much lived their lives as they saw fit. Somewhere though in each of their hearts was a powerful love for each other.”

“Since when I was in high school (over 30 + years ago) … she was a caring, beautiful, stylish, kind woman back then, so I can only imagine how many lives she has touched since then.”

“Such an exceptional woman… intelligent, fiercely independent, funny, full of vitality, and just made you feel like you were the most important person when she was with you. She was a beautiful person with an awesome sense of style and had boundless energy.”

Though Chana suddenly and unexpectedly passed away last night in her sleep, she did not go gentle into the night, because she lived the life she was given, honestly, fiercely, kindly, brightly, truthfully, and with so much love for humanity. By those very acts she raged against the dying of the light. She loved humanity in a world where so many did not value others or even the sanctity of human life. But Chana recognized that each of us was a spark of Hashem; a being worthy of love, attention, support, and embrace (she gave the best hugs even though she was shorter). She believed in me. She was Chana, she was mom, she was my friend.

I know that no Hespedim (eulogies) are allowed on Chol Hamoed, but I was hoping that blogs are permitted. Although I received no heter, I have not found an issur against blogging on Chol Hamoed. So this is my ode’ to the woman who taught me that it was ok to break some rules! May her neshama have an Aliyah.  And for the record, I am wishing Hashem much luck with this one for “Though she be but little she is fierce.” William Shakespeare

About the Author
Shlomit is a former career prosecutor - one who always believes in seeking justice for others. She recently completed culinary school in Israel and is grateful that no one cries in her office anymore (except for some children when handed vegetables). She holds a degree in Judaic Studies from Brooklyn College and a law degree from Hofstra (1998). She is a yeshiva high school graduate (Central/YUHSG,1988). In 2016 Shlomit spoke on a panel at the RCA (Rabbinical Council of America) on the necessity for inclusion of the LGBTQ community in the Orthodox world and the impact that exclusion has caused to that community. Since then, she has been advocating for their full acceptance in the frum world and blogging her thoughts. On June 9, 2020, she and her partner realized their dream of making Aliyah, joining their extended families, and most excitedly, their daughter, a former lone soldier and combat support medic in the IDF, and of whom they could not be prouder.
Related Topics
Related Posts