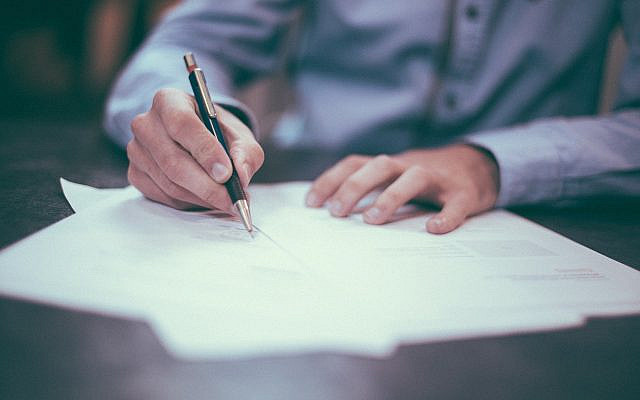 If you have been reading any of my posts or articles over the last couple of years, you are aware of some of the landmark legal changes that have been made in both the methodology for computing child support in Israel and the pendulum swing away from awarding custody of minor children to one parent, towards awarding joint custody.

I believe it’s these changes in the law, coupled with the coronavirus’ effect on people’s lives (unemployment and salary reduction as well as the disruption of visitation schedules by quarantine or isolation) that has resulted in the many requests I have received from people wanting to make changes to their original divorce agreement or divorce related judgements.

First, it is worth pointing out that if at any time ex-spouses agree and want to change parts of their divorce agreement, it should not be a problem. Whether they want to change the amount of child support or the visitation rights, as long as both parties agree to the changes, they can have their original divorce agreement amended or have an addendum added to it. The courts (both Family and Rabbinic) will generally accept the changes. The important thing is that if ex-spouses agree to do this, they should get it done in the court that affirmed their agreement in the first case. This is a relatively easy process and just involves going in front of the judge (or dayanim) and repeating the same process that they went through when they originally got their agreement affirmed.

Regarding judgments made by a court, the situation is somewhat more complicated.  In the rare occasion where ex-spouses come to an agreement to change a judgement after litigation has occurred, it can be done by having both parties execute an agreement and having it affirmed by a judge (or dayanim) in the court that issued the judgement in the first place.  This is similar to the case of ex-spouses agreeing to amend their previously affirmed divorce agreement.  However, all bets are off if the ex-spouses don’t agree to the changes and want to have the judgements changed.

In those situations, a new lawsuit must be filed and it should be noted that the chances for winning are generally very low. The suit should be filed in the same court that heard the case the first time. The most common things litigated in these types of situations are child support (if brought by the ex-husband requesting to pay less or by the ex-wife requesting to receive more) or for a change in custodial rights or visitations. It is a high threshold that the person wanting the change will have to cross. For the court to even entertain amending the prior judgment, the person requesting the change must be able to prove that the situation has changed, usually radically, and usually through no fault of his or her own.

Although we have yet to see if changes in situations due to the coronavirus will be enough in the future (for now, in most cases they are not) as a practical matter, this threshold is very hard to get over.  For example, being fired and forced to accept a lower paying job will generally not result in a change of child support payments.  On the other hand, a surgeon’s arm being cut off in a car accident, will.