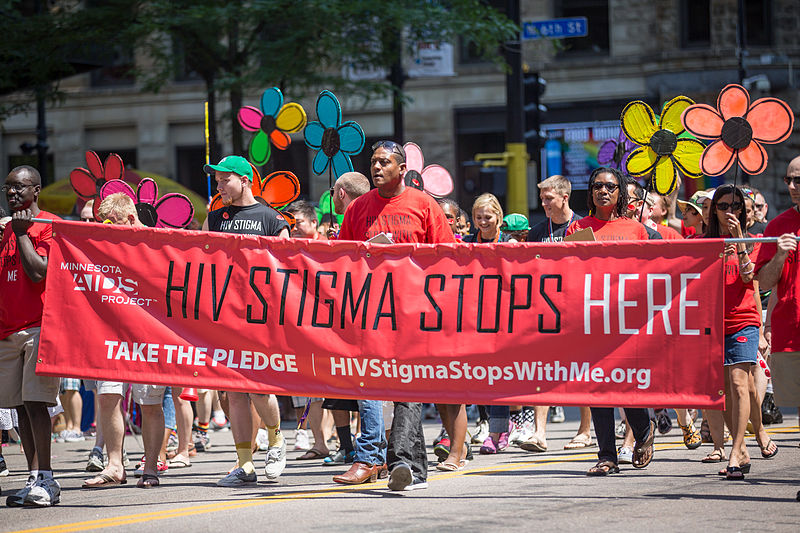 During the 1980’s, Dr Anthony Fauci was the director of the National Institute of Allergy and Infectious Diseases, as he is today, which means that he oversaw our government’s response to the AIDS epidemic. In fact, he was a major proponent of AIDS research at a time when many epidemiologists were uninterested in the subject.

However, as the head of our government’s AIDS response, he also became the target of a lot of dissatisfaction from activists, who felt that not enough was being done. Not enough research was being done to develop drugs that were better than the existing ones, and not enough research was being done on the full diversity of people who were contracting the disease. I’ll share an excerpt from an open letter from an activist, Larry Kramer: “Anthony Fauci, you are a murderer. Your refusal to hear the screams of AIDS activists early in the crisis resulted in the deaths of thousands of queers. With 270,000 dead from AIDS and millions more infected with HIV, you should not be honored at a dinner. You should be put before a firing squad.”

If I were Fauci, I could imagine reading this open letter, and dismissing its writer as an angry fanatic who I shouldn’t take too seriously. But Fauci didn’t dismiss Kramer. Instead, he reached out, asked to meet him, and eventually, the two men became friends. They used to have dinner together regularly, and they would visit each other in New York and in Washington, DC, and through that friendship, Fauci came to know many other activists as well, and he spent hours with them discussing public health responses to AIDS, sometimes arguing or defending, and often agreeing. Once, at a violent protest against the NIH, Peter Staley, a fellow activist and friend of Kramer’s was arrested, and the police handcuffed him and brought him through the halls of the building so that they could take him out a back door. As he’s walking through the halls, he sees Fauci, and, in Staley’s words, he says “Tony?” And Fauci says, “Peter? Are you all right?” Staley says “Yeah, yeah. Just doing my job. How about you?” Fauci said, “Well, we’re trying to keep operating under these conditions.” Staley replied, “well, good luck with that. We’ll talk tomorrow.” Fauci said “OK, Peter. See you later.” And with that, Peter Staley was whisked away by the police. 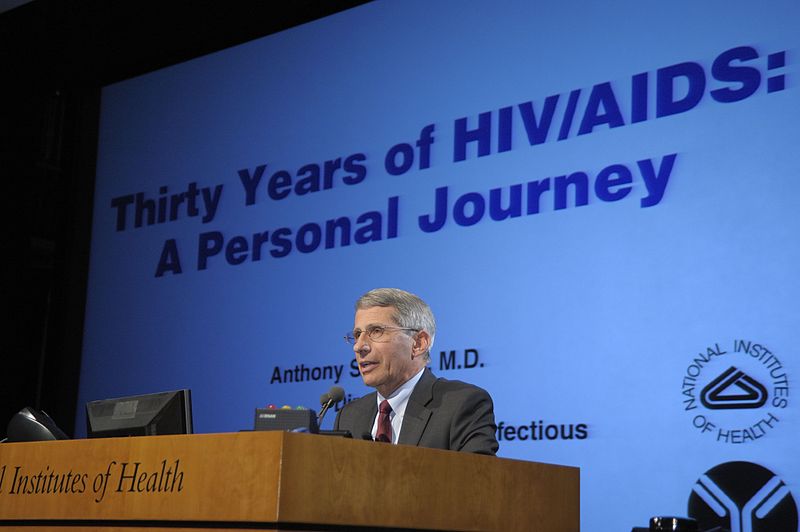 That protest, by the way, was effective. Though it took years to accomplish much of what those activists were asking for, and though there is still more to do to fully meet the needs that they were representing, meaningful changes started happening, and more officials began to recognize and respond to the seriousness of the situation.

Most of the time, when we disagree with someone else’s behavior, it can be intimidating, scary, and possibly futile to confront them about it. In our Parashah, we learn that Jacob has been holding in some pretty harsh judgment of his sons’ actions for a long time, perhaps afraid of how they would respond. On his deathbed, he summons each of his sons, and shares a message with each of them. These messages are not the type of heartfelt blessing and words of love that we might expect. Instead, he lets loose in a way that he never did when they actually committed the acts that upset him. On his deathbed, he condemns Reuben for committing incest; he accuses Simeon and Levi of being impulsive and violent; Joseph he describes as a wild ass; and Benjamin is a ravenous wolf.  (See Gen. 49) 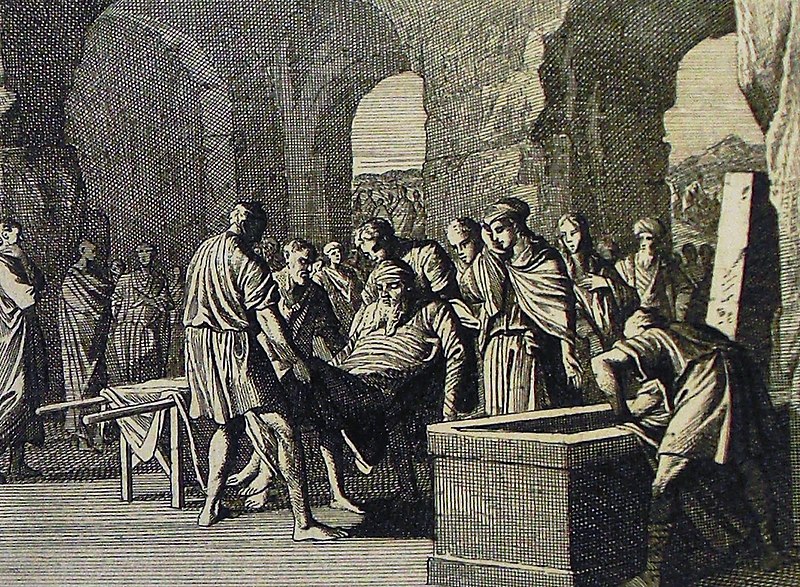 What was Jacob thinking? What a terrible way to say goodbye! By waiting until his death to tell his sons what he thinks of their behavior, Jacob denies them the possibility of reconciliation, and mars their final memories of him, making his death forever associated in their minds with his disapproval. He also denies himself the potential of seeing his children change and grow, if they indeed do respond constructively to his words. So why wait?

A midrash in the book of Sifrei Devarim suggests that Jacob was afraid that if he rebuked his sons, they would leave him, separate from their family, and go join Jacob’s brother, Esau. As a result, the midrash says, Jacob chose to wait until his death to tell his sons how he feels, so that even if they respond badly, they will have no reason to leave the family, since they won’t have to encounter him again and be constantly reminded of his disapproval.

Jacob’s fear as imagined by the midrash is understandable. Many people don’t respond well to criticism, and if he felt his sons wouldn’t listen anyway, or feared their rejection, it’s understandable why he may have repeatedly put off confronting them. Furthermore, he doesn’t exactly have good models in his family for parents who cultivate positive sibling relationships with and among their children. His grandfather Abraham nearly slaughtered his son Isaac, and banished his other son Ishmael from the family. Though Abraham’s sons do come together to bury their father, Ishmael is cut out of Abraham’s legacy and from the future Jewish people. Isaac, too, makes parenting decisions that lead to extreme rifts between his sons. Isaac claims that he only has one good blessing to go to a child, and when Jacob gets it, Esau, like Ishmael before him, is essentially cut out of the family.

Jacob may have feared that expressing his disapproval to his sons would lead to such a rift, and therefore he put it off as long as possible. Now, we might think that if he had carefully approached his sons early, in a careful and gentle way, that would have been MORE effective than the harsh approach that he chose. That’s probably true– but maybe Jacob just couldn’t work himself up to do it.

And against all odds, even Jacob’s scathing parting words to his sons do not have the same effect as his father’s and his grandfather’s decisions before him. Jacob’s sons stay together. They grow into a nation. During their time in Egypt, we hear nothing of any tribal rivalries or tensions, and the people of Israel collectively leave Egypt, receive the Torah, and conquer the land of Israel, all as one people. 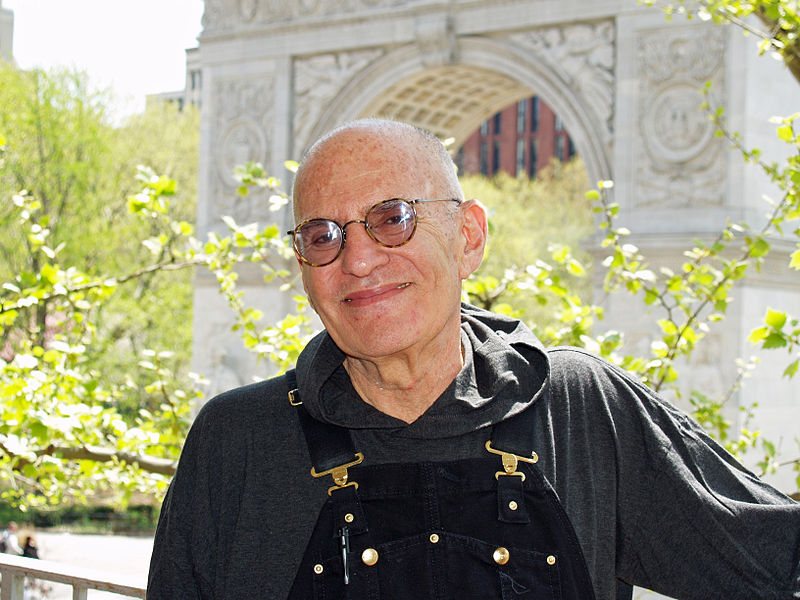 So what is the secret to effective rebuke, or in modern terminology, effective constructive criticism? The secret, it seems, is the same one that worked for Dr. Fauci: relationships. Because Fauci didn’t reject the people who criticized him harshly, because he allowed himself to listen and understand and even become friends with Larry Kramer and Peter Staley, he came to care about them. Because of that, when they shared their pain and their problems with the status quo, he was receptive to their concerns. Although they felt that he initially did not do enough to stand up to other government agencies and demand more resources, he gradually came to be more and more supportive, and worked to pressure those other agencies to accede to the activists’ demands. They helped him to change and grow, because he didn’t let their initial hostility stand in the way of hearing why they were so critical of his choices.

So too, the children of Jacob demonstrate, through their relationships with each other, that those relationships were able to transcend sibling rivalry and resentment, even following a potentially traumatic and divisive death scene with their father. We see that from looking at what happens next. After Jacob dies, the brothers say to one another:  “What if Joseph still bears a grudge against us and pays us back for all the wrong that we did him?!”  Think of the fear, the acrimony, the anxiety!  And they send Joseph a message purporting to be the words of their father, Jacob, asking him, Joseph, to forgive his brothers.  Most of the commentators understand that to be fictional. That is, they believe that the brothers made that up, in a desperate effort to prevent Joseph from taking revenge on them.  The commentators are convinced that this isn’t what Jacob actually said or wrote: perhaps it’s what we today might say he should have written.

However, Joseph does forgive them. He says “ ‘Have no fear! Am I a substitute for God? Besides, although you intended me harm, God intended it for good, so as to bring about the present result—the survival of many people. And so, fear not. I will sustain you and your children.; Thus he reassured them, speaking kindly to them.” And of course, we see that those relationships stay strong as those brothers’ children collectively inherit Abraham’s legacy of a relationship with God and grow together into one nation.

Confronting people we disagree with is never easy, but as we see from these examples, it’s most effective when it happens in the context of a relationship.

We are living in a time of deep divisions and disagreements, sometimes within families and communities, and certainly between people who hold different political and other ideologies.

Let’s not respond by leaving unfinished business between ourselves and those we care about.  Let’s instead say what ought to be said, as difficult as it may be to say it, and let’s approach these difficult conversations from a place of listening, of understanding, and of love.