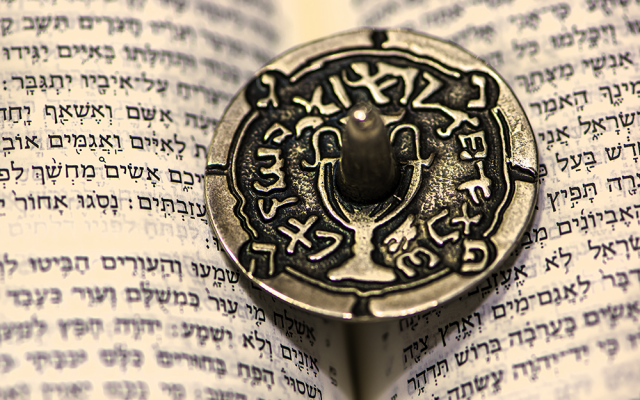 History, the study of cause and effect in the annals of humankind, has been a serious challenge for honest historians. In many ways, interpreting history is conjecture. What motivates many a historian is more what one would like to believe happened than what actually occurred. After all, how can any historian ever really differentiate cause from effect in a specific instance? Sometimes what we believe to be the cause is actually the effect.

Our sages draw our attention to this phenomenon when they deal with Yosef’s emancipation from prison. Referring to the words from the Book of Iyov: “A definite period was set for the world to spend in darkness,”[1] a Midrash states: “A definite number of years was fixed for Yosef to spend in prison, in darkness. When the appointed time came: ‘It came to pass at the end of two years that Pharaoh dreamed a dream . . . ’” [2]

Rabbi Gedalyah Schorr, in his monumental work, Ohr Gedalyahu, points out that this observation radically differs from the traditional academic way of dealing with historical events. Reading the story in the traditional way, we would no doubt conclude that because Pharaoh dreamed a dream which required an interpretation, Joseph, known to be a man with prophetic insights into dream interpretation, was asked to come and see Pharaoh. After having successfully solved the dreams, he was not only freed but elevated to the position of second-in-command of Egypt. This would mean that Pharaoh’s dream caused Joseph’s freedom.

A careful reading of our Midrash, however, suggests the reverse. It was because Joseph had to be freed and become the viceroy of Egypt that Pharaoh had to have a dream.[3] The apparent cause was, in fact, the effect.

Judaism suggests that at certain times God sends emanations to this world in order to awaken human beings to act, just as Pharaoh received his dreams in order that Joseph’s imprisonment come to an end.

The Maccabees: the needs of the hour

A later example of this is the story of Chanukah. The Jews knew that logically there was no chance of a successful uprising against the Greeks, but God created a notion of revolt within the minds of the Maccabees. The greatness of these few Jews was manifest in their correct reaction to this heavenly directive. They realized what needed to be done, however preposterous.

Midrashic literature compares the Greek empire to a kind of “darkness” which blinded the eyes of the Jews in their exile: “Hoshech ze Yavan” (“Darkness is Greece”).[4] The traditional interpretation is that Jews in the Maccabean period were blinded by the Greeks’ worship of the body and followed their example.

However, this equation of the Greek empire to “darkness” may have a deeper meaning. The Greeks were also the inventors of historical interpretation. Greek thinkers were among the first to try to understand history in its more scientific form, as reflected in the need to search for cause and effect. From the point of view of the Midrash, this approach blinded the Jews from sometimes seeing history as divine emanations and the human response to them. This missed the deeper meaning of history, reversing cause and effect, and darkening the clear insight of the Jews.

The mystery of changing tastes

One of the most mysterious aspects of human psychology is the dimension of motivation. We suddenly hear an inner voice or feel a mysterious pull to do something, the source of which we do not understand. This is true not only of human actions but even of taste and preference. History is replete with examples of human beings radically changing their taste in art and music. Melodies are considered to be superb and irreplaceable; then, half a century later they fall out favor. So it is with art, fashion, and even the color of our wallpaper.

There are no rational explanations for these changes (notwithstanding various scientific suggestions). We could argue that these are the result of divine emanations communicated to our world. While it is difficult to explain why these divine messages come, perhaps their main purpose—particularly regarding music and art—is to offer us a feeling of renewal and an insight into the infinite possibilities of God’s creation. Some messages may be a divine response to our earlier deeds or our moral condition. The sudden predilections for more aggressive forms of music or art may be a warning that we have strayed from our earlier dignity. Alternately, this change may mean that we are entering a new era that heralds a different dimension to music.

The main challenge is in “hearing” the message, correctly interpreting it, and knowing what it demands of us. This itself requires divine assistance and moral integrity, and is not available to all. (In fact, misinterpreting such a message can be dangerous.)

Throughout history, Jews have experienced many instances of divine emanation.  Several of these, cited in the latter part of Tanach, allude to the coming of the Mashiach at specific times. (See, for example, the book of Daniel.) Some of these dates are long behind us, and Mashiach has still not appeared. This should not surprise us. Dates of Mashiach’s arrival cited in Jewish sources were in no way final statements. They were divine signals that at these times the world would be more conducive to the coming of Mashiach, but they were not guarantees of his arrival. When humankind failed to respond in the appropriate religious and moral manner, the special moment passed with no outcome.

It is hard in this day and age to deny the unique events that have transpired in Israel and the world. Climate change, Israel’s growing normalization with the Arab world, COVID-19, the huge refugee problem, and so many other highly unusual phenomena these days make us wonder. Are they just incidental, or are they divine emanations meant to tell us something? Are they results, or are they causes? We do not know. All we can do is to try to learn and grow from them to create a better world.