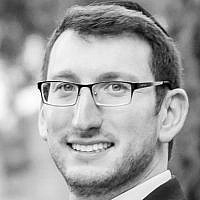 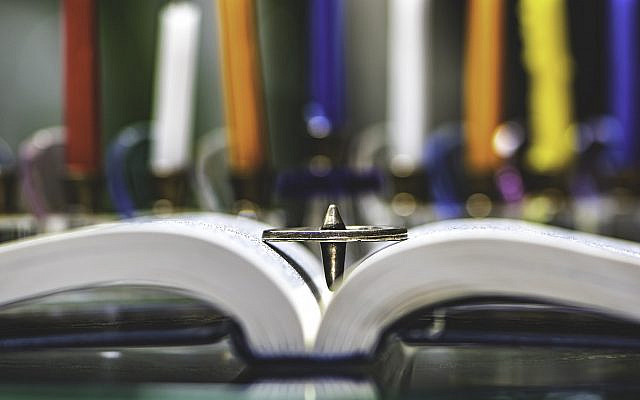 Ask your average Jewish child (or adult!): ‘What is your favourite festival?’ and the answer will almost invariably point to the one with piles of presents, doughnuts, chocolate money, family games and good old sing-song by the windowsill gazing at beautiful multicoloured candles (that claim to last for half an hour but struggle to get beyond 20 minutes). There are many things that mark Chanukah out as unique among the festivals of our pretty packed calendar. It is cheaper than Pesach but higher on cholesterol. It is even colder than Succot, but doesn’t make the same insistence to be celebrated outdoors. 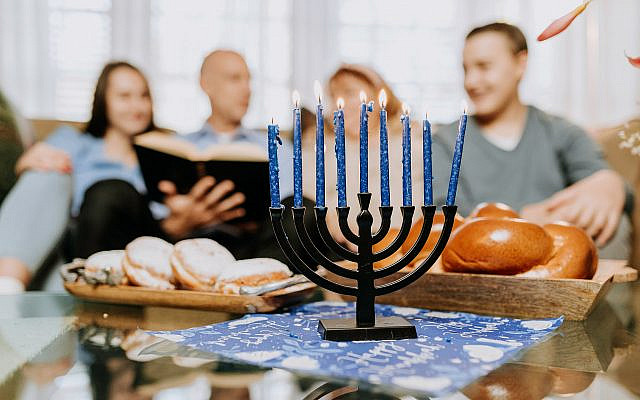 Beyond this, many have pointed out the distinct lack of literature surrounding Chanukah. Given that a well-earned moniker of the Jewish people is ‘The People of the Book’, there is surprisingly little about Chanukah in the major halachic and midrashic sources. This is even more surprising given the fact that the Mishna – that major corpus of Judaism – was compiled and published (100 CE – 180 CE) not long after the Chanukah story took place (150 BCE). Well, no more than a few hundred years, which in the Jewish scheme of things is the blink of an eye. Despite this, the Mishna doesn’t really go into what Chanukah is about, why we celebrate it, when we celebrate it, or – most importantly, given that the overarching purpose of Mishna is a guide to Jewish life – how it is to be celebrated. Oil, oil everywhere but not a drop to fry latkes.

This isn’t to say that Chanukah is entirely absent from Mishnaic literature. It is actually mentioned quite frequently. But here’s the rub: it is only ever referenced in passing. None of those mentions actually develop a deeper understanding of what Chanukah is, nor how the traditions we hold so dear today evolved in Jewish law and culture. We can deduce that it is a festive day, but we are not told why. We know that the Torah reading changes, but are not told how. We know that it is in the winter, but we are not told when.

In fact, the only Mishnaic source that gives the briefest of scrutiny to the actual ins and outs of Chanukah is a segment of Tractate Bava Kamma – one ostensibly dealing with civil damages. It reads:

“If a camel laden with flax (or other flammable material) passed by a stall and its load caught fire as a result of the stall owner leaving a lamp outside, he is liable to pay damages. Rabbi Judah qualified this: If it [the lamp left outdoors] was for Chanukah, he [the stall owner] is exempt [as he is permitted to leave it there].”

Great! This, at the very least, is a source that joins a few of the dots: Chanukah is a festival on which work is permitted (hence the story taking place in an apparently bustling marketplace). It is marked by kindling some kind of lamp, which is located as publically as possible. It’s a start, but still: Why the obscurity? Why did we have to wait for a tractate dealing with tort law to do more than scratch the icing off the doughnut?

To make things more confusing, the Talmud – written when Chanukah was already but a speck in history’s rear-view mirror (400 CE) – does go into lengthy detail about the backdrop and customs of Chanukah – most famously in the second chapter of Tractate Shabbat. And on each such occasion, the Talmud cites source material called Baraitot. Briefly, these were opinions and arguments written down at the same time as the Mishna, but ultimately were not included in the Mishna’s finished product.

So let’s get this straight: the source material was right there all along! From the time of Chanukah itself to the publication of the Mishna, it was right there. So why wasn’t it included?! 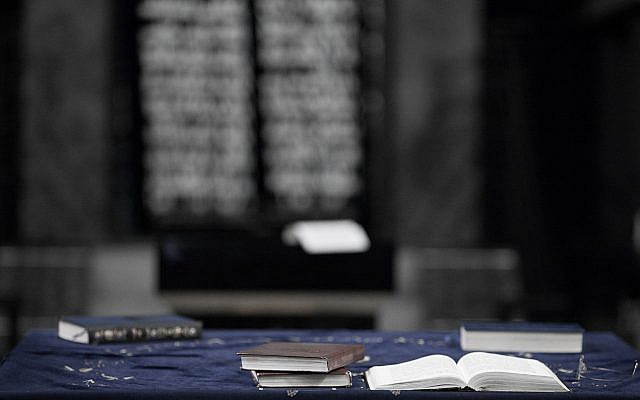 This question has puzzled commentators since the moment the Talmud picked up where the Mishna didn’t  leave off. Some answer the question, in Jewish fashion, by asking another question to turn the whole discussion on its head: The fact that the Mishna was compiled so soon after the Chanukah story is precisely the reason why it is conspicuously absent: Why would the sages of the era need to go into intricate detail about a festival still fresh in collective memory? Others postulate that the Chanukah festival was censored from the Mishna out of concern for the potential backlash by Judea’s Roman governors who, still scarred by the failed Bar Kochba rebellion, would react badly to a story celebrating a (successful) Jewish uprising.

Chanukah’s happily ever after was short lived. At the time of Judah Maccabee’s famous ‘victory’ over the Greek army, the vast majority of Israel remained under Seleucid Greek control. Only Jerusalem and the surrounding hills could be considered part of the Hasmonean ‘kingdom’. Within 6 years, renowned Seleucid general Bacchides had routed the Maccabean forces and killed Judah in battle at Elasa. His brother Jonathan Maccabee fled with the remainder of the rebel alliance and launched a sustained guerrilla warfare from the cave systems around the Dead Sea and Negev. But Jonathan was eventually captured and executed; his brother Shimon assassinated. It wasn’t until the Seleucid Greek empire crumbled under the combined external pressures of Ptolemaic Greece and increasing Roman dominance that Shimon’s youngest son, Yochanan Hyrcanus, was able to expand the Hasmonean kingdom and declare an independent Jewish state.

But even that was short lived. Yochanan’s grandsons Hyrcanus II and Aristobulus II fought a bitter civil war which ultimately remained unresolved until rival Roman powers – Pompey and Caesar – were called in to arbitrate. Barely a few decades later, Herod massacred the surviving members of the Maccabeean royal family (including his wife, princess Miriam), and Judea became a vassal state of Rome as the country spiralled out of control towards the destruction of the Second Temple. All told, the politically independent Hasmonean dynasty spanned barely 70 years.

Kind of dampens the mood, doesn’t it? Stacked up against the other festivals that populate our calendar, Chanukah should barely register a spark of excitement. Why celebrate something that descended so quickly into chaos and misery? Why gather around our windowsills and sing joyously about an era that came and went in the blink of an eye? History spun the dreidel and it landed on ‘nun’ for ‘nothing’. 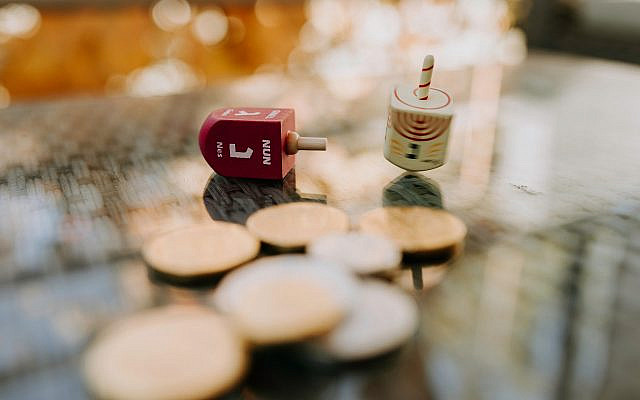 Maybe that’s why there is such a dearth of Chanukah-related source material in the literature published after the Second Temple era. Maybe the missed opportunity still stung. Maybe, at a deeper level, the Chanukah narrative became a microcosm of the sages’ greatest fear: that Judaism itself would flash brightly in one last hurrah before flickering and fading into darkness. Maybe it wasn’t until the Talmudic era four centuries later had demonstrated these fears were unfounded, that we were ready to fully embrace the celebration by committing it to scripture forever.

Chanukah stands unique in that its ‘happily ever after’ is far from obvious. But therein lies its magic. Sometimes, in periods of intense darkness, it is through celebrating the small victories that we hold firm to our humanity. By pausing to appreciate the fleeting moments of sunshine piercing through the clouds, we carry on hoping, dreaming and preparing for a better tomorrow. The sages saw an allusion to Chanukah in the story of Jacob wrestling with Esau’s angel – a fight that came about because Jacob, with a profound appreciation for everything he possessed, went back to fetch insignificant ‘small jugs of oil’, and was then ambushed. Perhaps this is why Chanukah in the midst of a pandemic is just what we need. To gaze captivated at those flickering, insignificant flames and realise: Overwhelmingly suffocating darkness can be banished with the smallest amount of light. 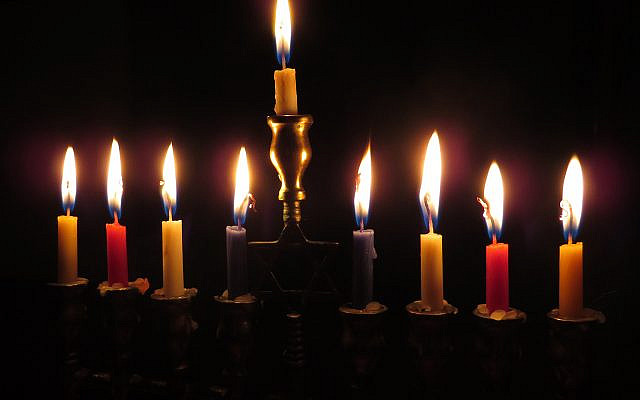 (Pixabay.com)
About the Author
Born and raised in London, England. I spent six years in Talmudic College before studying for Rabbinic ordination in Jerusalem. I hold a BSc in Criminology & Social Psychology. I am fascinated by pretty much everything, but nothing more so than exploring current affairs through the kaleidoscope of Jewish continuity in the 21st century. I currently oversee Aish UK's educational and published content. (All views expressed are my own, and do not necessarily represent those of Aish UK).
Related Topics
Related Posts
Comments