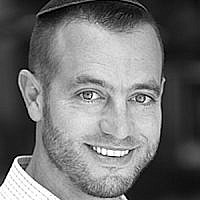 The Blogs
Nachman Rosenberg
Apply for a Blog
Advertisement
Please note that the posts on The Blogs are contributed by third parties. The opinions, facts and any media content in them are presented solely by the authors, and neither The Times of Israel nor its partners assume any responsibility for them. Please contact us in case of abuse. In case of abuse,
Report this post. 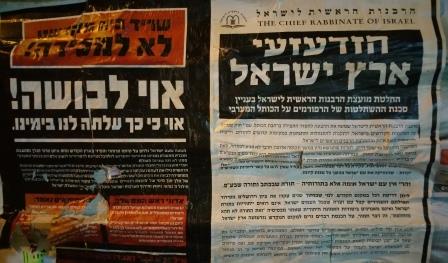 Last month marked a milestone in Israel’s history.  After 67 years of independence and 48 years of Jewish sovereignty in Jerusalem, the Israeli government voted to establish a separate egalitarian praying area at the Western Wall.

I likely do not have anything meaningful to add regarding the halachic or social ramifications of this outcome. I am however, quite familiar with the media frenzy that reverberated throughout Jewish organizations across the world. Public relations consultants competed to accredit their clients with a greater portion of the outcome, while Executive boards thanked key donors for their “exclusive partnership in the historical victory.”

This past weekend, the Chief Rabbinate awoke from its slumber and launched a delayed reaction of political protests, street advertisements and media interviews. It is a sad display of an irrelevant institution, virtually void of public or political support and desperate for attention. It is in this spirit that we must acknowledge the unwilling, yet meaningful, contribution of the Chief Rabbinate, who made every silly mistake possible, to pave the way for this historical milestone.

There could not have been a more effective advertising budget, than the monthly spectacle produced by the Rabbinate itself. The rabbis’ incitement of violent and vulgar protests against Women of the Wall only increased their public support and transformed these women into international rock stars. It would be wise and effective for the stakeholders in the egalitarian Kotel to recognize the absurd, yet strategic role of the Chief Rabbinate in their victory.

I can sadly imagine the resources invested in public campaigns to ensure that the “new enlightened Equality Kotel” will triumph over the “old radical Prejudice Kotel.” I am not so sure that the New Kotel will lose in this predictable marketing battle. Aside from the wave of international visitors, I can easily imagine thousands of traditional Israeli families who ultimately prefer to conduct their Bar/Bat Mitzvahs at the New Kotel. Who can predict which Kotel will eventually host the traditional Paratroopers Induction Ceremony in a few years? I hope that the Chief Rabbis will have a clear view from their “Balcony of Arrogance,” above the Kotel plaza.

The Kotel is only a symptom of a greater House of Cards waiting to collapse. Chief Rabbinate operatives and certain Religious Zionist collaborators, continue to defend the monopoly that defiles our Torah and pushes Jews away from Judaism. They don’t let Halacha or reality get in their way, while continuing to ignore growing assimilation, torture of converts, abuse of Jewish wives and eating non-Kosher, which are all directly caused by the monopolistic behavior of the Chief Rabbinate. Any attempt to incorporate procedural or halachic transparency, is stonewalled by politicians, rabbis and their operatives, as though it is an attempt to indict another one of their colleagues for corruption or sexual abuse.

Just like the Kotel, slowly but surely, the religious monopoly will continue to crumble, in conversions, Kosher supervision and divorce. Please Gd, it will improve the level of Kashrut, prevent abuse of Jewish women, increase halachic Jewish marriage and, most importantly, reduce industrial Chilul Hashem, desecration of Gd’s name. We can be certain to rely on the stubbornness of our religious establishment and the lack of rabbinic leadership, to ignore the writing on the wall and refuse to learn from chronic mistakes. Sadly, the Chief Rabbinate has become one of the worst enemies of Orthodoxy and Judaism in Israel. Luckily, it is its own worst enemy as well.

I would nominate the Chief Rabbis for the New Israel Fund Achievement Award and have them join the Honorary Board of the Reform Movement. Their exemplary contributions should not go unrecognized.

About the Author
Nachman Rosenberg runs a firm that advises philanthropists who seek to impact current events, shape public policy, and transform facts on the ground in Israel. He enjoys working with ideological investors who share a passion for moving mountains and positively impacting society.
Related Topics
Related Posts
Comments