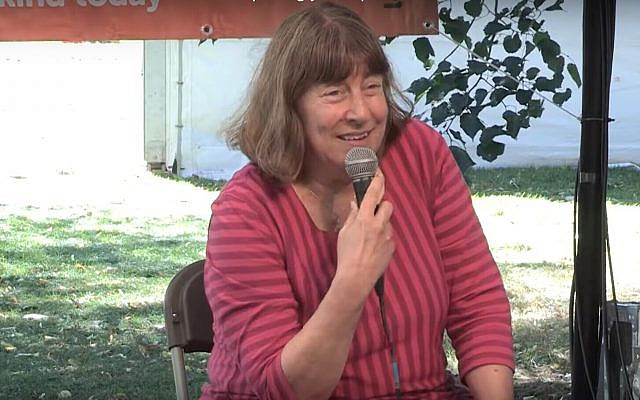 We recently read about UK Chief Rabbi Ephraim Mirvis’ opposition to London School of Jewish Studies (LSJS) retaining as a research fellow Dr. Lindsey Taylor-Guthartz – a woman who was ordained last month by the Open Orthodox Yeshivat Maharat seminary and now holds the title “Rabba” (female rabbi). In what can be described as nothing short of a very uninformed, caustic and condescending verbal assault entitled Chief Rabbis and Women, Rabbi Jeremy Rosen nastily castigates Rabbi Mirvis and all Orthodox rabbis who oppose the ordination of women, curtly dismissing their halachic arguments and ascribing to them nefarious, self-serving motives.

Rabbi Rosen starts off with a gratuitous swipe against the Charedi world:

The activist Charedi world has always made a point of disrespecting the holders and the positions of chief rabbis. And yet they think they can muscle in and bully anyone whose opinions are not theirs.

Aside from not citing even one example, Rabbi Rosen fails to acknowledge that most chief rabbis emanate from the Charedi world and that the staunchest defenders of the Israeli Chief Rabbinate today are in fact Charedi rabbinic leaders.

Rabbi Rosen proceeds to invent out of thin air the real reason, in his mind, that Rabbi Mirvis and all mainstream Orthodox rabbis oppose the ordination of women:

I can still tell a petty, silly pointless argument when I see one… It is another example of men being frightened of dynamic brilliant, women…. (I)s it simply fear of change, the fear of losing power and authority?… This knee-jerk reaction of men frightened of being thought of as betraying orthodoxy (by accepting female rabbis) is just like all those lecturers, artists, journalists, and politicians who are being silenced by the antisemitic Woke who simply cannot tolerate another point of view.

There is of course not a shred of evidence that fear of competition from women, or misogynistic motives, underlie Rabbi Mirvis’ position – especially considering how Rabbi Mirvis has bent over backward to empower women within UK’s United Synagogue. It is a shame that Rabbi Rosen lowers himself to leveling such unbecoming accusations.

Rabbi Rosen then raises a few arguments against the ordination of women, but cavalierly dismisses them:

The halachic issue is, primarily, that women cannot perform ritual functions on behalf of others, that they are not themselves obliged to by halacha… However, this issue is not being challenged or changed by Yeshivat Maharat or its graduates. And it has no bearing on teaching, advising, and ministering to communities which anyway take up most of a modern rabbi’s time.

This is a red herring; such an argument against the ordination of women has not been put forth by any notable rabbinic authority. By raising and rejecting this strawman argument, Rabbi Rosen provides himself with unearned authority to continue his salvo.

The other argument is that of masorah, tradition. It has never been done before (neither did people fly in airplanes). There was a time, in every society, that women were not permitted, or expected, to rival the intellectual or religious level of men. We know now that that is utter rubbish. In Judaism today, there are enough women whose knowledge of traditional sources more than qualifies them to know what the law is, let alone teach and preach Torah. Times have changed.

Rather than present this point accurately, cite its sources and flesh the argument out, Rabbi Rosen repudiates it as foolish and irrelevant. Had Rabbi Rosen gone through the sources, he could not have gotten away with rejecting this point so easily.

The truth is that the first contemporary rabbinic scholar to address the issue was Rabbi Saul Lieberman, a (personally Orthodox) lecturer and researcher at Jewish Theological Seminary (Conservative). Drawing from classical rabbinic literature, Rabbi Lieberman demonstrates that modern-day rabbinic ordination is a carryover of the original Semicha that licensed one to join the Sanhedrin as a rabbinic judge; since the Torah limits this to men, ordination of women is a non-starter. It is not merely an issue of “it has never been done before”, as Rabbi Rosen writes; it is, rather, a serious legal matter with weighty halachic sourcing behind it.

The Orthodox Union Rabbinic Panel’s ruling against the ordination of women addresses the masorah point very thoroughly (pp. 6-10). Anyone who reads this ruling, issued by top-tier poskim (halachic authorities) in the US, including Rabbi Hershel Schachter (Rosh Yeshiva and Rosh Kollel at Yeshiva University/Rabbi Isaac Elchanan Theological Seminary) and the late Rabbi Gedalia Dov Schwartz (Chief Rabbinic Judge at Beth Din of America), can see that the issue is not simplistically “it has never been done before”; very profound halachic issues are at play and are meticulously evaluated and adjudicated in this Orthodox Union project by some of the greatest rabbinic scholars of the time.

The Orthodox position against the ordination of women has been affirmed by the Council of Torah Sages of Agudath Israel of America, by the Rabbinical Council of America, by the Rabbinical Alliance of America, by Traditional Orthodox Rabbis of America, and by countless preeminent individual halachic authorities. Please also see the Statement on Orthodoxy issued by Coalition of Jewish Values. This all represents the broad and unified position by halachic leadership against the ordination of women as rabbis. It would have been nice for Rabbi Rosen to cite these rulings and address the detailed and controlling sources upon which they are based, rather than dismiss everything as a misogynistic conspiracy. Before castigating the generation’s most preeminent rabbinic scholars, Rabbi Rosen ought to have done his homework.

Rabbi Rosen then raises and rejects another argument against the ordination of women:

Some quote Maimonides, that women cannot be appointed to positions of authority in the community. This is strange since there were women prophets, judges, and queens not to mention all those wealthy and powerful women over the ages whom the rabbis always made a great effort to cultivate. Like several of his opinions, it is based on the context of the time.

Rabbi Rosen apparently did not look up the words of Maimonides, which can be found in Hil. Melachim 1:5 and actually reflect a command in the Torah (Deut. 17:15) that Maimonides cites, and which derive from classical Talmudic sources. When writing on this matter, Maimonides was clearly not merely penning social commentary. Page 8 of the Orthodox Union Rabbinic Panel’s ruling elaborates upon Maimonides’ ruling and invokes Rabbi Soloveitchik’s exposition of it. Rabbi Rosen would do well to read this. And as someone who identifies as an Orthodox rabbi, the notion of dismissing a Biblical command, as Maimonides viewed it, due to it being “based on the context of the time”, is something Rabbi Rosen should rethink, as such is a very non-Orthodox approach to Halacha.

Rabbi Rosen claims to have the credentials to evaluate and criticize the broad-based Orthodox rabbinic ruling against the ordination of women, writing:

My loyalties religiously are with the Charedi world (not politically). And I confess I am a solid traditionalist on halachic matters. But I can still tell a petty, silly pointless argument when I see one.

Belying this traditionalist assertion is Rabbi Rosen’s membership in Torat Chayim, a liberal-pluralistic clergy organization that is closely aligned with Yeshivat Maharat – the very school that ordained Dr. Taylor-Guthartz.

This episode did not end favorably for Rabbi Mirvis, as LSJS proceeded to reject his position (despite his serving as president of LSJS) and subsequently announced Dr. Taylor-Guthartz’ reinstatement:

(W)e have concluded that our academic fellows are not religious appointments – and therefore should be made on the basis of academic merit. As such, we are delighted to restore Dr. Taylor-Guthartz’s academic Research Fellowship.

LSJS has enthusiastically affirmed Dr. Taylor-Guthartz, and by its own implicit admission, has commenced the forfeiture of its Orthodoxy.