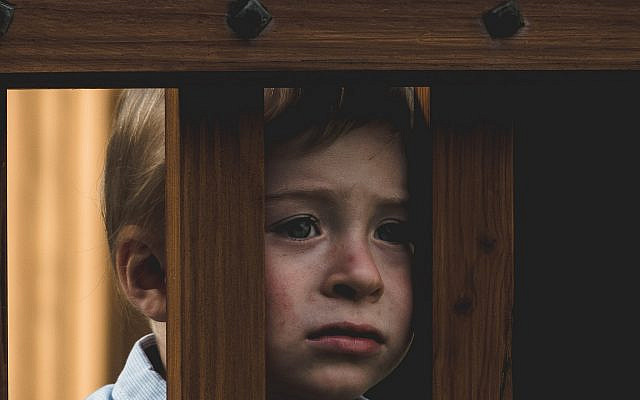 International kidnappings are more common than you think. But I’m not talking about the criminal kind involving strangers who abduct kids from their parents. I’m referring to civil kidnappings that happen between parents. Simply put, one parent taking the children out of the country against the other parent’s will, or preventing them from returning home, is child abduction. It happens when couples are divorcing. It happens when parents’ individual vision for their children’s future conflict and one makes unilateral plans. And relocating to Israel adds its own challenges. Child custody cases for Olim are often the result of a combination of factors. It’s complicated and heartbreaking but with foresight and preparation, possible to navigate.

Our Connection to Israel

No matter where we live in the world, we Jews are connected to the Land of Israel. We study here after high school and bring our kids for bar and bat mitzvah trips and visits with family. Or we pack up our spouses and children for a sabbatical year to work, learn and connect to our heritage. And there are those of us who are lucky and brave enough to take the leap and make Aliyah.

We often leave much behind when we build our new lives in Israel. Sometimes it’s parents or adult children. Certainly the list includes extended family and friends. Many Olim maintain their professional network in their home country and work remotely. It’s not uncommon for people to travel back and forth regularly to work.

Sometimes the many challenges of relocation in Aliya proves too difficult for one of the parents. They may decide to go back to their country of origin. And this could spark international child custody cases for Olim.

For Olim who have been in Israel for many years, there are a number of reasons they may choose to relocate temporarily outside of Israel. During the summer months many receive job offers from overseas, or have opportunities to study. Seasonal work becomes available and often people temporarily move to attend to an aging parent.

In both cases relocation can spark unrest. During Aliyah it can happen that only one partner is thriving. Or during the time abroad (away from Israel) the one who is studying, working or making money, feels productive and fulfilled and wants to remain permanently.

In each of the scenarios above, when both parents are willing to move, all is well and good. But relocation puts a big strain on a family. And could cause a conflict between the parents. This could lead to talk of divorce and a child custody case for the Olim. This is extremely unsettling and destabilizing for everyone, especially the kids. When the parents can’t agree where the kids should live or who should care for them it is up to the Hague Convention rulings to determine the outcome.

When one parent takes the children out of the country against the will of the other parent, the international legal system called The Hague Convention determines the children’s natural place of residence and ensures that they return there as quickly as possible.

The Hague Convention began as a conference in the city of The Hague, in The Netherlands in 1893. After World War II it was formally established as an international organization to develop the legal tools to respond to common global needs.

The Hague Convention for Child Abduction was established in 1980. This is the treaty that handles cases for children under 16 who have either been removed unlawfully by a parent or family member from their primary country of residence, or prevented from returning to their home country. The goal of the participating countries is to protect the safety of the child. And in the case where the parents are divorced, the treaty is also there to preserve the custody arrangements between the parents whether they agreed to them through mediation or the decision was made by the court.

There are currently 87 counties belonging to this treaty. Israel joined in 1991.

While divorce is never easy, child abduction complicates the process. Aside from the divorce which is very expensive abroad (especially in the US), there is also the added cost of litigation when dealing with the question of child abduction laws in accordance with the Hague convention.

The parent who wants to bring the child back to Israel will need to prove that they planned the initial journey abroad (relocation) for only a fixed period of time. And that there was no intent to remain there permanently. Even then, the court may rule in the best interest of the child. This means that if the family is settled in their “temporary” home for a long time, the court may decide that the child may suffer if he/she moves back to Israel.

The judge will choose the best environment for the child considering one parent will be living overseas. As such, there’s a possibility that the court may rule to disrupt the child’s life as little as possible and have him or her remain abroad. And so, the temporary relocation becomes permanent. If one parent wants to leave Israel after Aliyah and take the children, the same principles will be applied but in reverse.

There are couples who decide to work on their relationships and stay married to avoid this scenario. But there are far too many people who have remained in countries they did not want to live in. They don’t know a single person. They have no relatives and are not fluent in the language. But they stay so as not to abandon their children.

If you have already relocated or are planning on it, here are some important steps you can take to prevent your family from becoming embroiled in an international abduction (Hague) case.

Whenever you move to a different country you and your spouse should enter into a formal agreement. Detail the terms under which you and the children will return to your home country.

The written agreement you make together should include the following points:

This agreement should be certified as a court approved document. It will save the couple a great deal of money and aggravation. It could even forestall a divorce since the spouse that wants to stay in the foreign country will understand that he or she will not be able to do so with their children.

Please note: If you travel back and forth between Israel or any other country, be aware that international custody laws may differ significantly from what you’re used to.

It’s not comfortable to talk about the possible negative side of Aliyah. International divorce and parental abduction are awful subjects. But I believe being realistic and fully prepared for the challenges could prevent so much heartache and reduce the international child custody cases for Olim.

About the Author
Soon after returning to Israel with his family fom a 14 year hiatus in the US, American born and bred attorney Jay Hait went through a vicious divorce exposing him to the dark side of family law in Israel. When it was all over and he came out with custody over his young children, Jay switched from corporate to family law because he knew that there had to be a better way -even within the confines of the Israeli legal system.
Related Topics
Related Posts
Comments
Advertisement