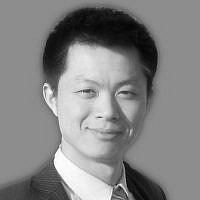 The COVID-19 pandemic has been stirring the world badly, while China is getting close to end of the war combating the virus, China just announced its victory over the plague with zero increase of local patients these days. Many of Chinese companies are returning to office in most of cities, technically most of companies can resume routine next week, but many are still very careful, they encourage people working at home.

Shops and restaurants are reopening after nearly 3 months closure, subway and highway flow with lots of normal traffic, though people are still wearing masks outside. A friend invited me for hotpot dinner in a restaurant, we had 25 people dinning together, and there are many people eating, actually it’s my first time eating at restaurant after 3 months!

People start to eat outside

Chinese government decided to quarantine all of the arriving passengers from abroad in concentrated hotel from last week, Shanghai was zero increasing for few days, but recently got more than 10 new cases every day, so China just closed the customs to foreign visitors last night, only Chinese people, or diplomats and people with special pass can enter China now.

We won the battle against the virus, but we are not celebrating yet, because there are so many countries still battling with the epidemic. China needs to help other countries, and we have the obligation to help as human being.

Chinese government is ready to provide all kinds of support to help other countries, it donated lots of countless medical protection equipment and test kits to dozens of countries, especially those heavily hit countries like Italy, Iran, South Korea and US, it also sent doctors to some countries to help.

Except for the government, the people are also donating lots of equipment to other countries like they were donating to Wuhan. I just launched an online donation campaign named as Operation Shalom in China, over the last 48 hours, I received 1 million RMB donation, and tens of thousands of masks and protection gowns, the Shanghai consulate is helping with the storage and shipping to Israel, I hope it will be sent to Israel from Shanghai by a cargo plane arranged by the Israeli government.

Most people are still wearing masks

Most of the countries have been considering if they can copy the Chinese combating-virus model and experiences, and which can be or cannot be copied. Actually, they can definitely copy selectively. I’m not a healthcare expert, so I’m not supposed to tell what exactly, but you can just refer to the following public link, it has detailed explanation.


Let’s wish the plague for human being will end soon.

About the Author
The author is the founder of Israel Plan Organization, the NPO organization supporting and promoting Israel in China. He lived in Israel for two years, and studied MBA at IDC Herzliya.
Related Topics
Related Posts
Benjamin Peng
Comments