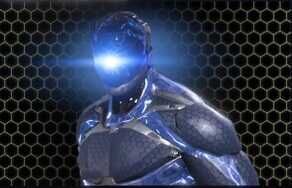 Several soldiers attached to the People’s Liberation Army (PLA) Xinjiang Military Command carried food and water supplies weighing 20 kg to an undisclosed location.  Due to lack of oxygen in high altitude regions, goods feel much heavier than their actual weight, while human stamina decreases with corresponding increase in elevation.  As such the weight of the backpacks are transferred to the frames of the exoskeleton suits to help the soldiers conserve energy.

However, China is not the first country to test exoskeletons. The U.S. first generated this buzz in 2013 when it announced its tactical assault light operator suit (TALOS) exoskeleton, and it was a matter of time before China joined the exoskeleton arms race.

Writing in an October 2019 China Brief article, Elsa Kania, an expert on Chinese defense technology at the Center for a New American Security, and Wilson VornDick, a consultant on China matters and former Navy officer, noted how the PLA’s Academy of Military Medical Sciences (AMMS) has explored not only bioweapons, but also “genetic weapons” and the possibility of “specific ethnic genetic attacks” using CRISPR.

CRISPR is also used to alter the human DNA to create biometrically advanced super soldiers. In a recent Wall Street Journal op ed, Director of National Intelligence John Ratcliffe revealed that China is already experimenting on its own soldiers and deemed it as a grave U.S. national security threat.

However, in a phone interview with NBC, VornDick said he is less concerned about the battlefield advantage such research might provide than he is about the consequences of tampering with human genes. “When we start playing around with genetic organisms, there could be unforeseen consequences,” he warned.

Here the 2011 movie “Captain America” may be instructive.  The character Steve Rogers undergoes an experiment in which he is given “super soldier serum” to increase his strength and cure his ailments.  As such, one ponders if the current transhumanism movement to alter the human DNA and create hybrid humans and cyborg soldiers, not only enhances human capabilities but could also extend life itself?  And if one day the genetically engineered “trans-human” race achieves immortality as the body just keep healing itself, would this be a desirable consequence?

For China, U.S., and other great powers currently creating cyborgs and super soldiers for future battles, the Book of Revelation may reveal some insights.  In Revelation 9:3-6, it is written that in the last days locusts would be released from the bottomless pit with power as the scorpions to torment men, “and they were not given authority to kill them, but to torment them for five months.  Their torment was like the torment of a scorpion when it strikes a man.  In those days men will seek death and will not find it; they will desire to die, and death will flee from them.”

In such a future war scenario, if the human DNA is altered in such a way that the body keeps healing itself, and fused with machine that keeps it on indefinite life support, it may not be as clear whether immortality and super soldiers are desirable goals.