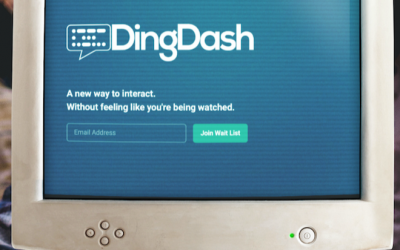 Source: Courtesy of Back to Jerusalem

In the face of China’s increasing government crackdown on Christians over the past years, the Chinese Christian movement Back to Jerusalem has created a new social media platform to counter Big Tech censorship in both U.S. and China.

Dingdash.com is based on the idea of the Morse Code, a system of dots and dashes that were used during WWI and WWII to communicate and send messages in enemy territory. The original aim is to create a social media platform for closed nations between China and Jerusalem, including Iran, Afghanistan, Pakistan, and others where Christian voices are suppressed.

According to Eugene Bach at Back to Jerusalem, although Dingdash is created by a Christian organization to bypass censorship and protect personal privacy, it is not a Christian platform and is open to everyone similar to other platforms such as WeChat, Weibo, Facebook, Twitter and Instagram.

In fact, there is nothing on the Dingdash website that refers to Christianity, with the exception of the Morse Code of dots and dashes that spells “Jesus” which most people do not recognize.

Bach says the main difference between this social media platform and Big Tech is it does not profile users and keep personal data to sell user information to government entities, nor does it censor free speech similar to what other social media platforms are doing. This is especially a big problem for Christians in China.

The treatment of Christians in China today is very similar to what large social media giants in the West are emulating, where almost daily there is a new Christian or Jewish group being censored, blocked, persecuted by Facebook, YouTube, Google, or Apple.

China has introduced a social credit score now that people are increasingly dependent on social media for their daily lives. The social credit score is based on the activities that the Chinese government can see on your account, monitoring where you have been, who your friends are, how you spend your free time, how you do your job, in order to determine a “trust-worthy” score.

However, the “trust-worthy” score is directly targeting Christians. If you do things that the government does not like – such as going to church or fellowship with known Christians – then your score is lowered, which subsequently curtails your personal freedom.

For example, a low score prohibits you from buying plane tickets, train tickets, a passport, restricts your job opportunities, obtaining medical care, and even keeps your children from getting into school.  Chinese Christians today are being evicted from their homes, fired from their jobs, and unfriended on social media because they have a low social credit scores.

However, China is not a unique case, as large social media corporations in the West are beginning to emulate the China model. For instance, FaceBook has admitted to developing their own “trust-worthy” score that is similar to China, whereby users that have a pattern of supporting traditional Christian values in terms of the value of life or the nuclear family are finding themselves blocked, removed, or ‘shadow-banned.’

Moreover, Facebook has also been watching the monetisation of WeChat in China and how the Chinese government can link social media platform to every day market transactions. For example, WeChat is now used in every city in China to pay for food, bus fare, plane tickets, taxi, parking, etc., without which it is almost impossible to participate in everyday life as a Chinese citizen.

As such, when an account is blocked on WeChat as a direct result of Christian activities, the individual has fewer and fewer choices to participate in the open market, and is unable to buy or sell unless s/he regains favor and improved social credit scores with the Chinse government.

With Big Tech overlords controlling the Chinese population and curtailing their right to life, liberty and pursuit of happiness, Dingdash has become an alternative safe zone for them to express their views and connect with others without fear of being surveilled and persecuted.  Given its open-door policy, it also provides a social media sanctuary for other citizens in closed countries such as Iran and North Korea, and now U.S. and other Western countries in face of increasing censorship as social media platforms adopt the “Beijing Consensus” for Big Tech.

By curtailing free speech and targeting Christians under the guise of violating arbitrary “community standards” set by these private corporations, there will likely continue to be an exodus of customers from both U.S. and China’s Big Tech to alternatives such as Dingdash in the foreseeable future.