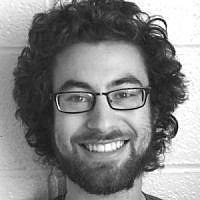 The Blogs
Avidan Halivni
Apply for a Blog
Advertisement
Please note that the posts on The Blogs are contributed by third parties. The opinions, facts and any media content in them are presented solely by the authors, and neither The Times of Israel nor its partners assume any responsibility for them. Please contact us in case of abuse. In case of abuse,
Report this post.

“Auschwitz or Sinai, which will it be?” rang out from the front of the Hartman Institute Beit Midrash. As an introduction to what the Institute calls “Hartman Torah,” the 2015 iEngage program attendees were instructed to read David Hartman’s 1982 article on this essential question. Which moment in time will come to define the Jewish people and the State of Israel? Is it the smoke swirling up from the gas chambers of Auschwitz, Jewish powerlessness par excellence? Is it an assembled cluster of former slaves standing at the foot of a mountain, the experience through which we understand our covenant with God? Is it neither?

The trope of Auschwitz versus Sinai touched a familiar chord within me, reverberating through my consciousness in an odd sense of literary déjà vu. Someone else I knew derived great significance from the juxtaposition of Sinai and Auschwitz: my grandfather. A survivor of the Holocaust, he considers these two moments equally powerful. In his book, Breaking the Tablets, Sinai is described as the apex of God’s closeness to Israel, whereas Auschwitz, in his experience, is the epitome of God’s absence. The entirety of Jewish theological history had occurred in the time between these two transcendent events.

I only invoke the familial connection now to underscore how large the Holocaust looms in my personal narrative. When I stood at the gates of Auschwitz with Ramah Seminar in 2013, I did so knowing that my great-grandparents perished in that exact place more than seventy years before, leaving my grandfather orphaned and alone. He, in turn, married a fellow survivor, and my father grew up in a household that always kept one eye on the past, even as it built a future. The trauma of the Holocaust flows in my veins, passed down in my genes and in the stories I heard as a child, forming the basis of my identity and memory.

In one of our sessions at the Hartman Institute, we were asked to identify a Jewish holiday that matched the events of Israel’s birth as a state. Was it Passover, the story of Jewish liberation from exile and entering the Promised Land? Was it Purim, when only by the mercy of the non-Jewish sovereign powers were Jews allowed to live in peace? I opened my mouth, expecting to make a joke about Tu B’Shvat and the countless trees planted by JNF throughout the land of Israel. But what I actually said, to my surprise, was Chanukah.

The story of Chanukah tells of Jews taking fate into their own hands, teaching Torah in secret while defending every inch of their beloved homeland. It is a tale of Jewish victims who became victors, against all odds, defeating the twin evil forces of what we now describe as anti-Semitism and assimilation. The modern State of Israel, therefore, is the equivalent of the candle burning for eight days, an improbable miracle, whose flickering light is so fragile that it could be extinguished at any moment.

Why was this my gut reaction? Was it the inherited trauma speaking for me, the post-Holocaust survival instinct temporarily taking over my faculties? Or do I still sense an existential threat to the Jewish people in the world, with Israel acting as a security blanket? The potential implications for my politics are fairly serious: in a world where Jewish survival is not guaranteed, we must first and foremost defend ourselves. When self-preservation is the top priority, any action taken in the name of “security measures” is justified, no matter the consequences for another individual or community. Additionally, the depiction of Jews as the victims of history leads to a sense of self-righteousness; no other nation can judge us, for they have not suffered as we have.

The more I thought about the matter, however, the more I grew committed to NOT allowing Chanukah to define my narrative and my politics. I am not a modern-day Maccabee; I do not wish to drive the Greeks, and their values of democracy and justice for all, out of the land of Israel. Though it requires my overcoming the immediate instinct for survival at all costs, it is in search of a moral self-preservation that I confront my traumatic past and attempt to expand my concerns past my own ethnic group. The maxim of “Never Again” needs to stand for a commitment against all injustice, not just a vigilant stance against future anti-Semitism.

Thirty years have passed since Hartman’s essay first appeared in The Jerusalem Post, and it’s unclear to me still how pervasive is this survival mindset. Yet, whether it manifests itself in an extremely cautious approach to security in Israel, or an obsession with statistics about Jewish communal vitality in America, fears about continuity apparently still haunt the Jewish consciousness. But what will it mean for a new generation of Jewish children to grow up never having heard from a survivor? Will the Holocaust begin to sink into history like the events we mourn on Tisha B’Av? What would it mean for Israeli schools to remove trips to Poland from their curricula, taking a tour of Bethlehem or Ramallah instead? How would that change the dominant narrative of the State of Israel?

I know that my personal narrative, as much as I try to emphasize the aspects of morality and justice, will ultimately always contain a kernel of anxiety. The next Holocaust could very well be around the corner, and only Israel will be there to welcome Diaspora Jews with open arms, and a look of, “I told you so.” Yet when those fears surface in my mind, I recall a scene from my first month of college, less than half a year ago.

During the holiday of Simchat Torah, after dancing in the basement of the Columbia/Barnard Hillel, hundreds of my classmates made their way to the middle of College Walk and stood, arm in arm, in a gigantic circle. Starting out slow and gathering speed with every repetition, in a tone that contained both ecstasy and defiance, a chant rose from the crowd: Am Yisrael Chai.

I ponder the existential meaning of this mantra and I compare it to when I heard it bellowed during last year’s Simchat Torah celebration in Jerusalem, in the Jewish quarter of Jerusalem, facing the Western Wall. It made perfect sense at the time: here we were, Jewish kids living in Israel for the year, affirming the continued existence of the Jewish people in their ancestral homeland. But now, on a Monday night in New York City, the words carried a different message entirely. Here we were, Jewish kids in a secular college, affirming the continued acceptance of the Jewish people in a land not their own, daring the other students that walked past us to challenge the veracity of our cry. It was a poignant proclamation of Jewish security and prosperity in the Diaspora. With this relatively new-found status as an accepted, if not beloved, minority, however, comes the responsibility to reflect inward at what events define our ongoing existence.

Faced with the choice between Sinai and Auschwitz, I want to choose Sinai. I want to model my politics after the apex of God’s presence in the world, not the moment of His absolute absence. I am not suggesting that we forget Auschwitz entirely, for just as our tradition tells us that every Jew throughout eternity stood at Sinai, I believe that a part of every Jew perished in Auschwitz during the Holocaust. But the choice of which event we let dictate our collective memory is ours. Sinai, writes Hartman, “calls us to action, to moral awakening, to living constantly with challenges of building a moral and just society which mirrors the kingdom of God in history.” It may require some humility in order to relinquish the morbid pride that many Jews feel as the battered victims who are still standing. Yet I believe that the mission of embodying Sinai is a crucial one, for the stakes are no less than the future of the Jewish people itself.

About the Author
Avidan Halivni, 19, from Deerfield, Illinois, is in his first year at Columbia University after spending a year at Yeshivat Maale Gilboa.
Related Topics
Related Posts
Comments 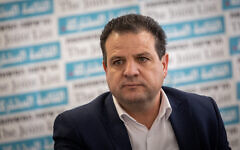