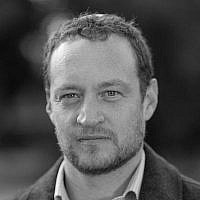 The Blogs
Yuval Zimerman
Keen on the philosophy of life
Apply for a Blog
Please note that the posts on The Blogs are contributed by third parties. The opinions, facts and any media content in them are presented solely by the authors, and neither The Times of Israel nor its partners assume any responsibility for them. Please contact us in case of abuse. In case of abuse,
Report this post. 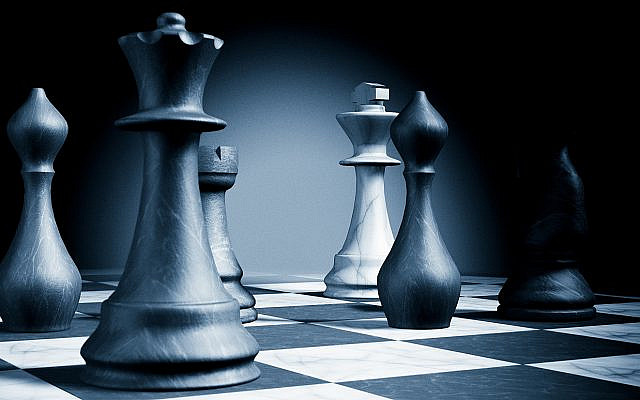 The dream of many CEOs is to have their product in the hands of every person on the planet. Cut out the middlemen, become a monopoly, and even have a street named after their corporation. The question then is, what is the best way to go about attaining these goals?

Going B2C is fraught with challenges; it’s extremely expensive, highly competitive most of the time, demands being ahead of the game in terms of innovation and service – and if you make a mistake, there goes your brand.

So is B2B2C that much better? Let’s see… bidding wars, layers of stakeholders, those nasty secretary-gatekeepers… nope, B2B2C isn’t a picnic either. But you have to choose one, unless you want to do both to make things even more interesting.

Is Choosing Even A Thing?

Most companies that ultimately serve an end user can go either way. As an example, at Air Doctor, we provide a service used by consumers, but which can also benefit entities like insurance companies, OTAs, and physicians. So, a brain rattling question for us has been about picking the most efficient route to success. Should we focus on both or only one, and what type of branding will help us the most?

A Question of the Growth Timeline

Another question is about how fast a company is looking to grow and scale, and whether the company wants to grow out of accomplished revenue or from the influx of investments.

Airbnb is a classic B2C company which has succeeded beyond belief. However, if we look at its growth timeline and expenditure on marketing and acquisitions, we can clearly see that, until proper funding was raised, they grew slowly. It took the first four years to establish themselves enough with investments to break into the international market and start conquering the world, in a sense.

In other words, it took an awesome product a whole lot of money and four years to break through. Along their way to world dominance, many of their competitors were either bought or crashed trying to achieve the same goal.

At Air Doctor, we decided to invest 90% of our resources in the B2B2C route, which meant focusing on partnering with insurance companies and OTAs. Even though the acquisition cost of an insurance company or OTA is much higher than that for a user, it greatly shortened our growth timeline. For every insurer that we partnered with, we got in return hundreds of thousands of potential customers at our fingertips.

Although COVID put a hard stop to increasing our actual user base, we were able to create growth at a much higher speed and with far fewer resources than we would have needed for a B2C approach.

As consumers ourselves, we tend to think of every company as a brand. But many companies, including huge ones like Amadeus, power the world on the backend. So another thing to think about is whether you are looking to make your company a brand name, or are fine being on the backend of things, while still having a huge influence.

Amadeus, for example, is a global distribution system that manages most of the world’s tourism platforms – when you book through Expedia, for example, you are actually using Amadeus’ technology. Yet they are not known to the normal end user. So, if your product doesn’t need consumer branding to prosper, then B2B2C might be the logical route to take.

Budget is always a key factor. The cost of supporting B2B2C sales is much higher than B2C on a 1 to 1 basis because of a longer and much more complicated sales cycle – making a B2B2C deal can take months. Numerous stakeholders need to be consulted, internal politics fought, contracts signed, implementations addressed and managed, and the list goes on. Then, payment can come in a lump sum, or installments, depending on the arrangement.

On the other hand, with a B2C sale, the process is much, much faster but the amount per payment is smaller. If product margins are not high at first, then the budget might need to compensate for losses.

These factors have a huge effect on the B2B2C vs. B2C decision. If you need a fast turnover, whether it’s to clear out a warehouse or prove demand for your product, then B2C is probably the preferred option.

However, for B2B2C companies, there is the possibility of the land and expand strategy, in which a vendor focuses on serving a single or a few clients before repeating that process on a larger scale.

Customer support and success is critical both for B2C and B2B2C companies, whether they want to brand themselves publicly or within their industry. But the resources needed for providing this support are very different according to the business model.

With B2C, once a company has scaled-up sales, there are often a large number of support cases, but they don’t require in-depth skill or lots of time to solve. In comparison, supporting a business partner needs an intensive effort because service issues tend to be complicated and affect various groups, including a partner who might suffer because their supplier (you) has a defective product. In short, a B2C model needs relatively large numbers of not-so-skilled support staff, while B2B2C demands a few highly trained people.

Still not decided? Even though the concept of the B2B2C model is relatively new, there are already variations on it, like B2M, B2E, P2C, and C2C. Chances are that somewhere within these strategies is the right business model for you – it just takes a bit of digging to find out which.

About the Author
From a young age I was pushed to innovate, lead and not be afraid of having ideals. Slowly but surely, this education together with G-Ds hand have given me the ability to grow professionally as well as personally and give back whatever it is I have learnt so far. Today, I head the marketing department for Air Doctor, direct my own marketing agency Coolcat Digital, as well as contribute to my local community and serve as an officer in the IDF reserves.
Related Topics
Related Posts
Comments
Advertisement